Regis Prograis: I Still Feel Like I'm The Best In The World At 140

It will have been more than a year since his last fight by the time Regis Prograis makes his way back to the ring. That means 371 days of having to sit on the lone loss of his career, one with which he still hasn’t come to grips.

“I feel like I’m the best in the division and I need to keep proving it. This is another step for me.” 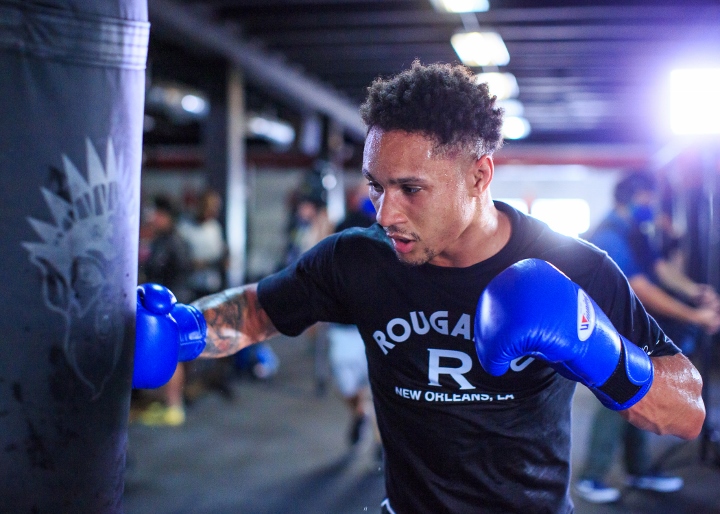 Prograis (24-1, 20KOs) came up just short, dropping a tightly contested 12-round majority decision to Scotland’s Taylor in their World Boxing Super Series tournament final last October in London. The heartbreaking defeat ended his brief title reign, along with any such recognition as the best junior welterweight in the world.

“I was number one at 140 for a long, long time,” notes Prograis. “I would open up Ring magazine (ratings) and my name was number one. I miss those days, you know. Basically, I feel like. I have to get it back.

“I’ve always prided myself being number one and I have to get back to that.”

Step one comes versus Heraldez (16-0-1, 10KOs), an unbeaten rising prospect from North Las Vegas who believes he’s ready to contend with the best. Even in a stacked 140-pound division, Prograis is as good as they come among any junior welterweight without a major belt these days.

That status continues to eat away at him, to where the sense is that he has to make a statement. The first such opportunity comes in supporting capacity to a two-belt title fight between Gervonta Davis and Leo Santa Cruz. Prograis hasn’t vowed to steal the show, rather simply to allow his in-ring performance to speak for itself—and to remind the world that he never left the scene.

“I got to give an outstanding performance, whether I go out there and stop him or if I just basically give a good boxing lesson,” notes Prograis. “I just got to be outstanding. I know he’s coming to fight toe to toe. I just have to beat outstanding. That’s it.”

he marked taylor up good. i seen taylor in his last fight, he has still got a swollen eye from the prograis fight

[QUOTE=Armchairhero;20843721]To be fair he has bigger fish to fry before going back to fight him, he has Ramirez and possibly a mega fight with Teo on the cards.[/QUOTE] I agree. I like Regis but he needs to make a big…

[QUOTE=Armchairhero;20843721]To be fair he has bigger fish to fry before going back to fight him, he has Ramirez and possibly a mega fight with Teo on the cards.[/QUOTE] I don't expect a rematch to be on the cards for some…

I'm gonna take a cliche from the NFL, "You are what your record says you are!" You can feel however you want, but you took an "L," now get back to work! A KO would do wonders for your career!