Regis Prograis has his eyes on bigger prizes.

In fact, he admits names like Errol Spence Jr. and Terence Crawford infiltrate his career dreams.

But before he climbs the ambition ladder to welterweight, there’s important work to be done.

The dynamic 29-year-old begins his final resume-building offensive at 140 pounds this weekend, when he’ll head back to his native New Orleans stomping grounds for an initial salvo in the World Boxing Super Series super lightweight/junior welterweight tournament at Lakefront Arena.

Prograis, who’s slotted first in the weight class by Ring Magazine and fourth – behind Mikey Garcia, Josh Taylor and Adrien Broner – by the Independent World Boxing Rankings, will face ex-WBO world title claimant Terry Flanagan in a quarterfinal matchup he, as the overall bracket’s top seed, made happen.

He was given the choice of either Flanagan – a UK native with a single loss in 34 fights – or unbeaten prospect Ryan Martin, who’s never had a scheduled 12-round bout and has gone beyond eight rounds just once in 22 appearances since turning pro in 2013.

Neither Flanagan nor Martin are ranked by The Ring, though Flanagan holds down IWBR position No. 8 while Martin is again unranked.

So, when it came time to choose, Prograis said Flanagan was a no-brainer.

“I chose him because he was a tougher fight,” he said.

“I want to fight people like that. Right now, I’m ranked No. 1 on most people’s lists and I want to keep that. I want to fight better people. I felt like he was the harder choice. He was the tougher competition.” 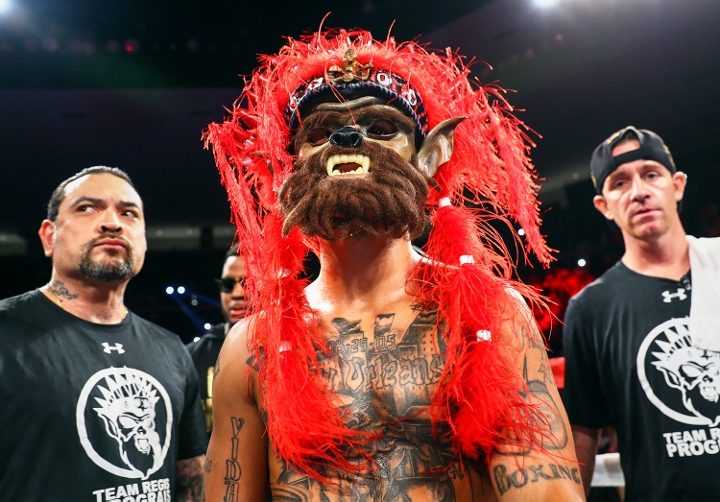 Flanagan, who’s also 29, won the WBO lightweight title in 2015 and defended five times before jumping to 140 and losing a split 12-round nod to Maurice Hooker for the vacant WBO strap on June 9.

The trip to Louisiana will mark his first professional venture outside the UK, and it’ll also be his 10th bout between the lightweight and junior welterweight limits – where he’s 8-1 with three KOs in nine tries.

The winner of Saturday’s encounter will advance to a semifinal against WBA champ Kiryl Relikh, and the weekend undercard in New Orleans will also feature a vacant IBF title bout – and tournament quarterfinal – pitting No. 1 contender Ivan Baranchyk against No. 3 Anthony Yigit.

The other remaining tournament fight, set for Nov. 3, matches the aforementioned Taylor and Martin.

“At the end of the day, people are going to say ‘Who did you fight?’ That’s what everybody always brings up,” Prograis said. “I want to say I fought champions, former champions, undefeated fighters. I already have that on my resume and I want to add another former champion.”

Ultimately, a Muhammad Ali Trophy could propel Prograis into the other 140-pound showdown he craves, a date with reigning WBC champ Jose Carlos Ramirez.

Ramirez has been a champion since defeating Amir Imam on March 17 and successfully defended last month against previously unbeaten Antonio Orozco.

He’s ranked third by The Ring and 12th by the IWBR, but is not in the tournament.

So, in the meantime, the man dubbed “Rougarou” – and holder of the WBC’s bogus “diamond” title behind Ramirez – is happy to take on willing WBSS comers.

“I love it. I know we hear it all the time, but it really is the best fighting the best. If somebody wins, they move on,” he said. “In boxing, you have a lot of loopholes. You can be mandatory and you still might not fight the champion. That’s the thing that happened with me and Ramirez.

“But with this tournament style, you know who you’re going to fight. If you win, you fight again. You lose, you’re out. I’m a big-time competitor. That’s why I’m in boxing. I love to compete. I want to fight the best. For me, in my opinion, in my mind, it’s great. This is great for boxing.

“I’m not worried about anybody’s style or anything like that. I don’t care. I want to fight.”

WBA super featherweight title – New York, New York
Alberto Machado (“champion”) vs. Yuandale Evans (No. 9 WBA)
Why it’s garbage: You want to say Machado ought to be the WBA’s No. 1 guy ahead of Gervonta Davis, fine. But according to the organization itself, he’s not. And so long as Davis is the top champion, he’s the only champion worthy of being recognized. Mentioning secondary titles gives them undue credibility.

I like Prograis at 140 but he needs to just keep dreaming about 147 division because he knows (from experience) that won't be nearly as successful against the top welter weights. He gets blown out by Thurman, Spence, Crawford, Danny…

Flanagan, Relikh and Taylor. Regis gets through them and he has a nice resume.

I would have gone the Martin route. Flanagan fought Orlando Cruz a couple fights ago. Wouldn't wanna get aids....

Don't count out Turbo Terry in this one :boxing: Prograis looked far from great his last time out and I believe he struggles A LOT to get down to 140.

Flanagan is also coming off a loss and is having his second fight at the weight..... could be another reason why he chose him?