Despite the best efforts of Major League Baseball to keep boxing off of the airwaves, more fans managed to tune in for the most recent Premier Boxing Champions (PBC) on FS1 telecast than was the case for either main event participant.

Ivan Redkach’s stunning 6th round knockout of former two-division titlist Devon Alexander headlined the June 1 edition of PBC on FS1, which averaged a combined 309,000 viewers across all Fox Sports linear platforms according to Nielsen Media Research.

The truncated FS1 telecast—which was joined in progress due to a preceding MLB game between the Milwaukee Brewers and Pittsburgh Pirates running 13 innings and more than five hours long—averaged 262,000 viewers, peaking at 294,000 viewers. 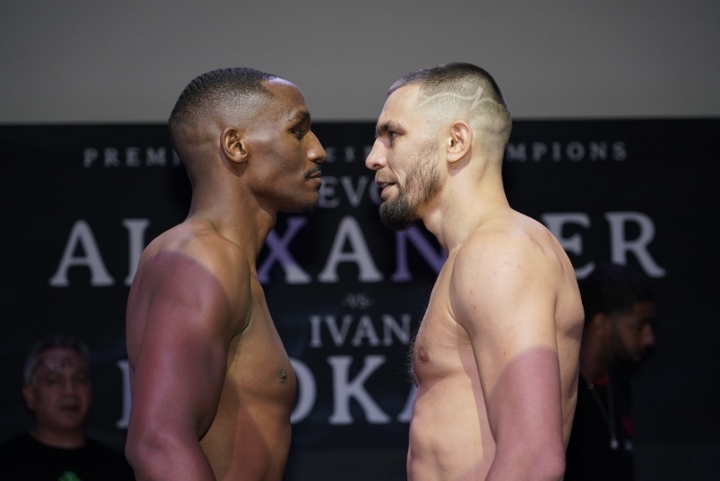 Another 47,000 viewers watched live on Fox Deportes. Streaming data for those watching on the Fox Sports app was not made available as this goes to publish.

Even with the interruptions as well as the weekend’s big headline—PBC’s own Andy Ruiz dethroning previously unbeaten and unified heavyweight titlist via 7th round stoppage—streaming in direct conflict on DAZN-USA, Saturday’s telecast still managed to enjoy a 26% increase from the preceding PBC on FS1 telecast. Austin Trout and Terrell Gausha fought to a 12-round draw atop a May 25 show which averaged just 208,000 viewers.

The main event—which aired in its entirety on FS1—averaged 281,000 viewers. It edged out Redkach’s previous FS1 appearance, when he traded knockdowns with John Molina Jr. in a 4th round knockout as part of a Dec. 2017 show which averaged 276,000 viewers.

Alexander (27-6-1, 14KOs) watched his career head in the exact opposite direction after suffering three knockdowns in the fateful 6th round of their main event. The former super lightweight and welterweight titlist is now just 2-5-1 in his last eight starts, including 1-2-1 since returning to the ring in Nov. 2017.

That appearance came atop a PBC on FS1 telecast, the lone win of his comeback as he outpointed Walter Castillo in a bout which drew just 246,000 viewers.

The lead-in undercard was relegated to coverage on FS2, which averaged 108,000 viewers while waiting for the Brewers and Pirates to settle a 10-10 (the Brewers won 12-10 in 13 innings). The five-fight televised undercard featured an upset drawing eerily similar parallels to Ruiz-Joshua as fleshy California-based Mexican heavyweight Rodney Hernandez scored a 1st round knockout of Onoriode Ehwarieme, who—like Joshua—is an unbeaten heavyweight of Nigerian descent having trained in Miami (though not with Joshua) for Saturday’s bout.

Following the conclusion of Saturday’s show came the post-fight wrap up on FS1, which averaged 158,000 viewers.

[QUOTE=bballchump11;19809589]It takes about 3 ESPN fights to equal 1 Fox card in terms of viewers.[/QUOTE] Lol depends on the fight. Crawford and Loma have beaten fight fox ratings despite being in so many less homes. All depends on the matchup.…

[QUOTE=bballchump11;19808723]You're right, it's no comparison. The PBC received a much better deal. Top Rank would need to be on ABC to compare, but their best channel is ESPN.[/QUOTE] Wrong again. Top rank has 18 espn dates 12 espn+ dates and…

[QUOTE=killakali;19808706]now u are doing terrible comparisons. Fox is in over 30 million more homes than espn while fs1 is about the same as espn. Espn+ is all streaming app. You can’t compare that to fs1. ESPN is doing over twice…

[QUOTE=bballchump11;19808684]Their deal is still perfectly fine. Top Rank's highest viewed shows will get on ESPN. PBC's highest rated shows will got on FOX. Then ESPN+ won't get nearly as many views as FS1.[/QUOTE]now u are doing terrible comparisons. Fox is…