In July, two of the four major titles at lightweight were unified when Mikey Garcia dominated Robert Easter Jr.

It looks like the other half of the division is about to be married. Just three fights after a battering loss to Gervonta Davis at 130 lbs., Jose Pedraza can call himself a two-division titlist with the biggest date of his career at hand.

On a night where his discipline and skill kept him a step ahead of a gritty veteran in Rey Beltran, an eleventh round knockdown and a final seconds flurry put the cherry on top. He demanded the win and, when Beltran did start to bang at his body and get into the fight in the middle rounds, he didn’t abandon what was working. The judges gave him the nod he earned in the defending champion’s back yard.

Winning has its rewards. 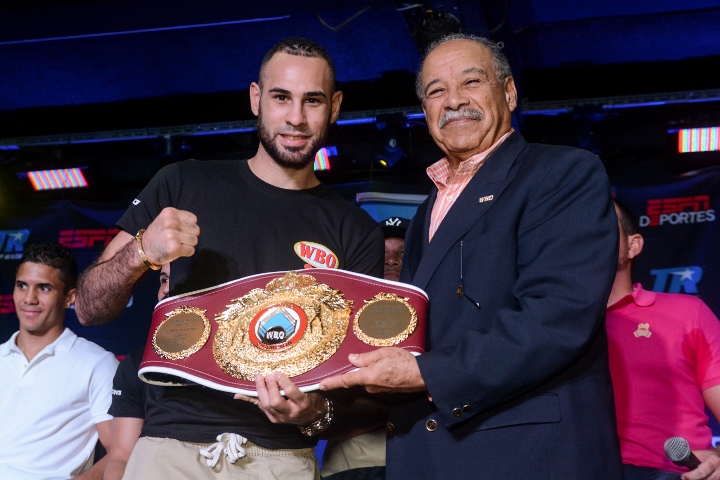 The Future for Pedraza: December looks like the time for Pedraza to make his first WBO lightweight title defense in a unification showdown with WBA titlist Vasyl Lomachenko. Lomachenko is recovering still from an injury and post-fight surgery after his win over Jorge Linares. Could the Ukrainian be vulnerable? Any kinks in recovery would greatly aid a Pedraza who will enter as a big underdog. How real are his chances?

If Pedraza can establish his jab, he can at least point to superior height and reach as reasons to believe. The biggest thing for him is he’s going to get a big fight, big check, and the chance to rebound even if this is a short reign. A loss to Beltran would have provided a harsh setback. Now, as a two-division titlist, he buys himself added cache going forward. Opportunity knocked. Pedraza answered. He’ll make his future luck from here.

The Future for Beltran: At 37, Beltran reached the title level after a long slog. Time and the miles his style requires make it unlikely we will see him in the title picture again without a lot of luck. He probably wasn’t going to beat a Lomachenko or Garcia no matter what happened against Pedraza but the fates of boxing are tough.

The payday for a Lomachenko fight would have been a healthy chunk for life after boxing. Now, the aging warrior will have to make some tough decisions. He can still be a tough out for a lot of the lightweight division, and a stern test for emerging talent. Is that something he wants? We’ll find out soon enough.

I don't know if Beltran wants to be a gatekeeper at this point. He's a solid, durable fighter but at 37 it's hard to see where he's going to go. Will he be satisfied to be a test for up…

"Arum said if Beltran, who earned a $200,000 purse to Pedraza's $125,000, wants to continue boxing, he will have a home with Top Rank." [url]http://www.espn.com/boxing/story/_/id/24478962/jose-pedraza-defeats-raymundo-beltran-unanimous-decision-win-lightweight-title[/url]

i see nothing in pedraza,, he did what hes supposed to do against and old guy with no defense and slow... lomachenko is faster and just better than both of these guys..one of these two had to win, and lomachenko…

[QUOTE=sammybee;19050216]Pedraza did well but needs to work harder to stay as a champion for the next 12 months. Lightweight is full of lions.[/QUOTE] His first defence will be against Lomachenko lol, he ain't going be champion for 12 months.