This afternoon, at the World Boxing Organization (WBO) headquarters in Puerto Rico, the purse bid was held for the mandatory fight between WBO lightweight world champion Raymundo Beltran (35-7-1 , 21 KOs), from Mexico, and first-ranked Roman Andreev (21-0, 15 KOs), from Russia.

Top Rank won the rights for the fight with a successful bid of $ 252,000. Top Rank Vice President Carl Moretti, personally presented the winning bid. The fight is scheduled for Saturday, August 25 in Phoenix, Arizona

The WBO exhorted both Top Rank and other promoters to submit their boxers to doping controls, not only immediately prior to and after the title fights, but throughout the entire training phase of both combatants. 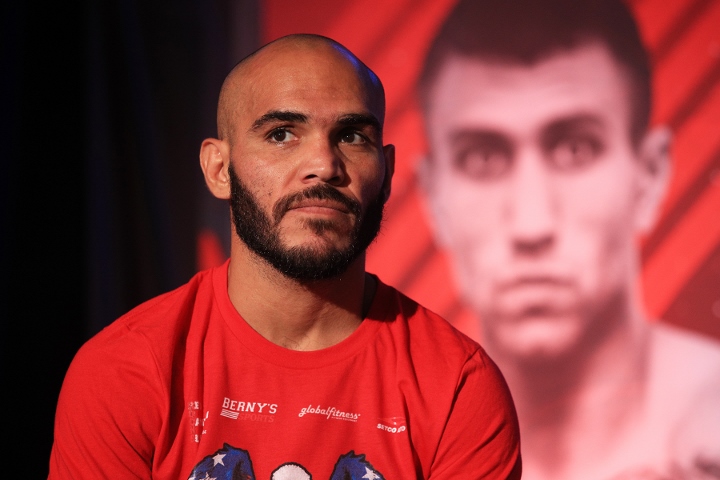 Barrios, who owns the NABF lightweight title, which she won in her 3rd professional bout, will face Aida "Lady Sparta" Satybaldinova (3-0-1) from Astana, Kazakhstan, best known as the "Female GGG", and is the current WBF International Lightweight Champion.  Both girls are undefeated and hold titles as lightweights.  Barrios is also rated #18 in the world by the WBC (World Boxing Council).  This bout will be held over 8 rounds.

This bout is promoted by Reyna Promotions of Corpus Christi.  The promoters were looking for a first-class main event and landed a fight that is a solid television fight.  The local ABC-TV affiliate (KSAT) in San Antonio will be in Corpus to broadcast this fight live and stream it across the internet.  Female and male fight fans across the world that know these two pugilists will be tuning in to watch an action-packed fight as both warriors step forward and throw punches without grabbing and holding or running.  Barrios and Satybaldinova are both guaranteeing a knockout.

Andreev can win this, he got some skills

i dont think beltran beats pedraza or this unknown russian!