Ray Beltran vs. Jose Pedraza, Not Roman Andreev, On 8/25

The Ray Beltran-Jose Pedraza fight is on again.

Pedraza was Beltran’s anticipated opponent for Beltran’s first defense of the WBO lightweight title until the WBO ordered Beltran to instead make a mandatory defense against No. 1-ranked Roman Andreev. Bob Arum’s Top Rank Inc., Beltran’s promoter, won a purse bid July 3 for the right to promote Beltran-Andreev and scheduled it for August 25 in the Phoenix area, where the Mexican-born Beltran resides. 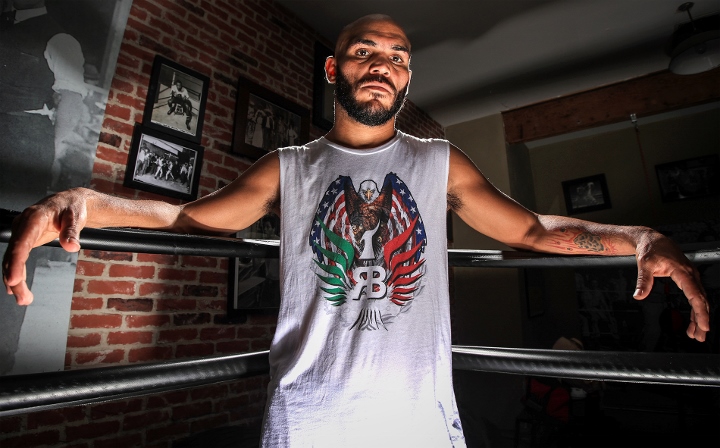 On Tuesday, however, ESPN.com reported that Russia’s Andreev (21-0, 15 KOs) is unavailable to battle Beltran that night because he recently underwent an appendectomy. Thus Beltran will defend his WBO 135-pound championship against Puerto Rico’s Pedraza, who’s also promoted by Top Rank.

“Andreev’s manager sent us a note, telling us that Andreev had the operation to remove his appendix and that he was pulling out of the fight,” Arum told ESPN.com.

ESPN will televise Beltran-Pedraza as the main event of a telecast from Gila River Arena in Glendale, Arizona, just outside of Phoenix.

Pedraza, 29, is ranked No. 2 by the WBO in its lightweight ratings. As the next available contender for Beltran’s title, the fight was offered to Pedraza, who quickly accepted once Top Rank was informed Andreev couldn’t box Beltran next month.

Pedraza (24-1, 12 KOs) signed with Top Rank earlier this year in hopes of earning a lightweight title shot. He has won two 135-pound bouts by decision since March 17, when he ended a 14-month layoff following a seventh-round, technical-knockout defeat to Gervonta Davis (20-0, 19 KOs) in their January 2017 fight for Pedraza’s IBF super featherweight title.

[QUOTE=Corelone;18928448]This is classic stuff, brawler vs boxer. No serious edge in speed or power. I would go with Pedraza but I never seen the soles of Beltran's shoes.[/QUOTE] ...great insight! Pedraza wants it bad, but Beltran is otro 20 pesos,…

Good fight it's going to be a War :boxing:

good 50/50 fight! leaning towards the rican on this fight!

[QUOTE=Boxfan83;18928302]This is a good fight. 50/50 imo[/QUOTE] [QUOTE=BoxingandBlunts;18928402]If Pedraza really wants it he comes out of this one as champ[/QUOTE] This is classic stuff, brawler vs boxer. No serious edge in speed or power. I would go with Pedraza but…