Ray Beltran Rallies To Knock Hiroki Okada Out in Ninth

Save Mart Arena, Fresno, California - In a junior welterweight contest, Ray Beltran (36-8-1, 22 KOs) fought through some tough moments to score a ninth round knockout of previously undefeated Hiroki Okada (19-1, 13 KOs).

In his last fight, Beltran lost his WBO lightweight title when he was dropped and lost a twelve round decision to Jose Pedraza in August 2018. After this loss, Beltran made a decision to move up to 140-pounds.

And Okada saw action in September, when he was dropped and won a tougher than expected ten round split decision over Cristian Rafael Coria. 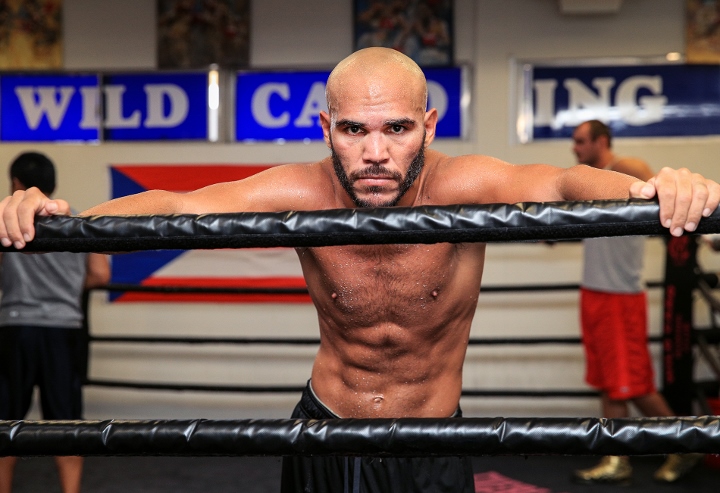 At the start, Okada was able to catch Beltran with numerous punches that were set up by his jab. Beltran landed punches as well, but not as many.

In the second, Beltran came back as they were exchanging punches - and he dropped Okada with a good hook. But then Okada was able to rock Beltran bad with a hard right and then unloaded with a big arsenal of punches for the final thirty seconds.

In the third, Beltran was getting off with the harder punches and cut the left eye of Okada. Beltran continued to find success as they traded shots on the inside in the fourth. Okada managed to get the edge with inside fighting in the fifth. More boxing and landed shots by Okada in the sixth, as Beltran was slowing down a bit or took a round off. Beltran was now bleeding from a cut around his left eye and a cut opened near his right eye.

Beltran began to rally as they traded some heavy shots during the seventh and eight, with Okada landing just as good and swelling up the face of Beltran. In the ninth, round, Beltran landed a hard right and dropped Okada hard. Okada was trying hard to survive, but he was battered with big shots and dropped for a second time. As he went down, the corner of Okada threw in the towel.

So I guess this sets up Ramirez / Beltran for May / June . Good for Beltran . Always Earns his wins .

Great win for Beltran. Sets up at least one more solid payday on the way out.

Didn’t they say OKada was bleeding from the ear? Ray Beltran is a real working man’s fighter.