Ray Beltran Hopes To Return in February, May Go To 140

Former world champion Ray Beltran has no excuses for his twelve round decision loss to Puerto Rico's Jose Pedraza from this past Saturday night, when he lost his WBO world title in Arizona.

Beltran was dropped in the eleventh round and appeared to be in trouble at the end of the twelfth.

The loss also cost Beltran a potential unification showdown on December 1 in Los Angeles with the Ukrainian Vasiliy Lomachenko, who holds the WBA lightweight title. 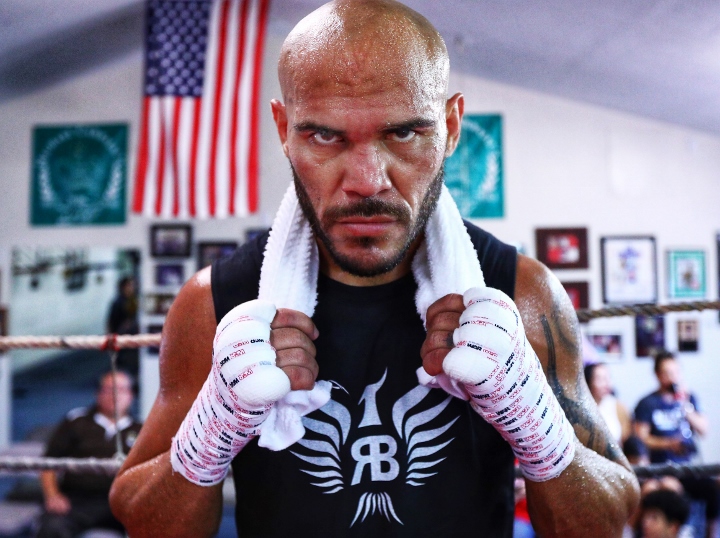 On his future, he said that nothing he would love nothing more than a second fight with Pedraza, but he knows that the Puerto Rican fighter will be moving forward with a fight against Lomachenko.

"Unfortunately, we did not sign a rematch clause and I would like that fight. In February of the next year is when I hope to return. Right now I plan to rest and analyze if we're going to return to lightweight, if we plan to continue at lightweight. The truth is that we fought well, there are just some adjustments that I have to make," Beltran told ESPN Deportes.

"He fought well, he made a good fight, he executed his plan of work well. I can only congratulate him. I have no excuse, he fought very well. I think it was a good fight, I know what mistakes I made, even from training we could change things, but not everything. We are going to rest a few days, we do not know what is coming, we will recover well and see what there is, maybe we are going to be ready for February.

"The fight was close, and my idea was to close better than him, those last four rounds were very hard, but I was the one who was looking for the fight all the time and that's where we were wrong."

Beltran still has options because he looked like a walking punching bag. His options just wont be as lucrative anymore. but still, WAR Beltran!

He's starting to take too much punishment. If he had better head movement he could have been great

I'd prefer him retire, but if he sticks around might as well go to 140 after all these years at 135. How bout Beltran vs Humberto Soto? That could be fun

[QUOTE=BLACK KNOT;19058451]linares is fighting abner cotto next month.[/QUOTE] Yeah I know but after. I think Linares beats Cotto. But hell, it' boxing. So you never know...