NASHVILLE—Rau’Shee Warren ended an extended ring break with something he hasn’t experienced in nearly two years—his arm raised in victory.

The former bantamweight titlist and the only American boxer to appear in three Olympic games returned to the ring and the win column after outpointing Mexico’s Gilberto Mendoza (15-8-3, 7KOs) over ten rounds Saturday evening at Bridgestone Arena in Nashville, Tennessee. Scores were 99-91 twice and 100-90 in favor of Warren, who was in control throughout their bantamweight preliminary bout.

Cincinnati’s Warren (17-3, 4KOs) hadn’t fought since a hard-fought 12-round defeat to France’s Nordine Oubaali in their vacant bantamweight title fight last January in Las Vegas. Their bout served on the Pay-Per-View undercard of Manny Pacquiao’s 12-round win over Adrien Broner, Warren’s career-long stablemate. 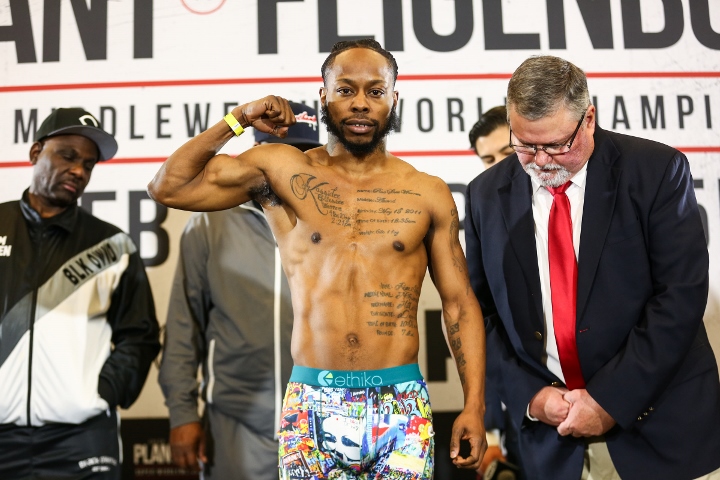 Saturday’s bout came well off television but still carrying the same professional effort from Warren. The early action saw the 5’4” southpaw take the fight straight to Mendoza who sought his first win in the United States in his third try. It never came close to happening, as Warren landed crisp left hands while rattling off rapid-fire combinations.

The bout threatened to come to an anti-climactic ending in round four, as a clash of heads left Mendoza with a cut over his left eye. Time was called for the ringside physician to examine the wound, which Warren—who was left with a minor bump over his left eye from the infraction—treated as a target as he landed several right hands once action resumed. Just as the crowd was getting into the action, time was called for the doctor to once again examine the cut shortly before the end of the round.

Warren played defense in the middle rounds, standing in the pocket and effortlessly slipping nearly every punch Mendoza launched his way. The 33-year old southpaw ended round six playing to the demands of his vocal supporters, transitioning from occasional left hand shots to three-punch combinations which left Mendoza briefly stunned.

Mendoza never wilted, but was unable to turn the tide. Warren eased off the gas just enough to make it clear the bout was destined for the scorecards, though still catching Mendoza with sharp uppercuts and crisp left hands all the way to the finish line.

Warren briefly reigned as a bantamweight titlist, picking up a belt on his second try after outpointing Juan Carlos Payano in their June 2016 rematch, 10 months after dropping a tightly contested decision. His reign lasted less than a year, conceding the title to Zhanat Zhakiyanov in his first attempted defense. Saturday marked just his fourth bout since then, though with the promise of far greater activity in 2020—and a second title reign.

The bout appeared on the non-televised undercard of a Premier Boxing Champions (PBC) on Fox tripleheader, topped by Ashland City’s Caleb Plant in a homecoming super middleweight title defense versus Germany’s Vincent Feigenbutz.

I like warren..if he had more pop he’d be a monster.