Rau'Shee Warren: Felt Good To Be Back, I Want To Return in May

From the Bridgestone Arena in Nashville, on the non-televised undercard, former world bantamweight champion Rau’Shee “Nuke” Warren (17-3, 4 KOs) ended a 13-month layoff with a wide 10-round unanimous decision over Gilberto Mendoza (15-8-3, 7 KOs).

Warren has been out of the ring since January 2019, when he appeared on the Manny Pacquiao-Adrien Broner undercard at MGM Grand in Las Vegas. 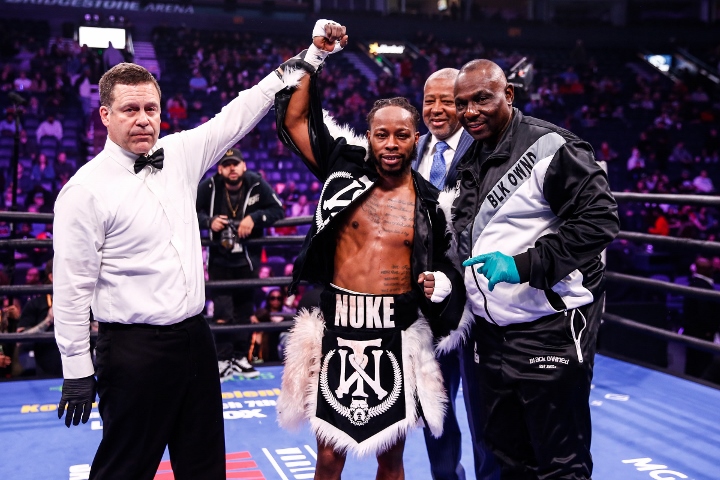 The 33-year-old Warren used his fast hands to land an assortment of shots from his lefty stance. In the fourth, a clash of heads opened a cut over the left eye of Mexico’s Mendoza. Warren sought to close the show, but Mendoza was game, firing back though outgunned.

“It felt good to get back in there after being off for a year,” Warren said. “I didn’t feel like a rookie. I felt like I had to get a little rust off me. But I think I got most of the rust off when I was in the gym training. Going 10 rounds it felt good.”

Warren is hoping to return in the coming months.

“I hope to get back in May,” said Warren. “I only need 90 days. I’ve already had my long layoff since last January when I fought on Pacquiao and Adrien’s card. I’m ready to get it on. I’m ready to move on. The only thing he did that I didn’t expect him to do was stay up.”

Dude, great fighter but needs a trainer that’ll show him how to get the most of his limited pop. To me he’s like another Rigo that just never learned how to really punch to his full potential. Go watch footage…