Minsk - Feeling no ill effects of a year and a half away from the squared circle, hard-hitting Russian cruiserweight Rashid Kodzoev improved his record to 8-0, with 5 KOs, after the fifth-round stoppage win over Hungarian journeyman Tamas Lodi. The fight, originally scheduled for ten, served as the main event of another installment of the KOld Wars, a multi-tourney competition, arranged by Al Siesta and his Belarussian partners in Minsk, Belarus.

Kodzoev, 29, immediately rocked Lodi, 31, with a couple of double left hooks to announce his intentions to the Hungarian. Lodi took it with visibly difficulty but manned himself up to retaliate in anyway he could. It didn't prevent Kodzoev from dealing more damage but the formerly ranked Hungarian survived through the round, and even showed some mild promise in rounds two and three. Kodzoev was in a bit of a rhythm in the third, and Lodi connected with some right hands, which were taken notice of by the Russian.

Kodzoev turned on more heat in the fourth, finally putting Lodi down with yet another overhand left hook. Lodi got up but was soon down again with the same punch. Somehow surviving through the fourth, the Hungarian was dropped again - this time with a right hand - into the fifth, prompting referee Vladimir Kovalenia to call it off at 1:09 of the round. Lodi is now 20-14-2, 17 KOs. 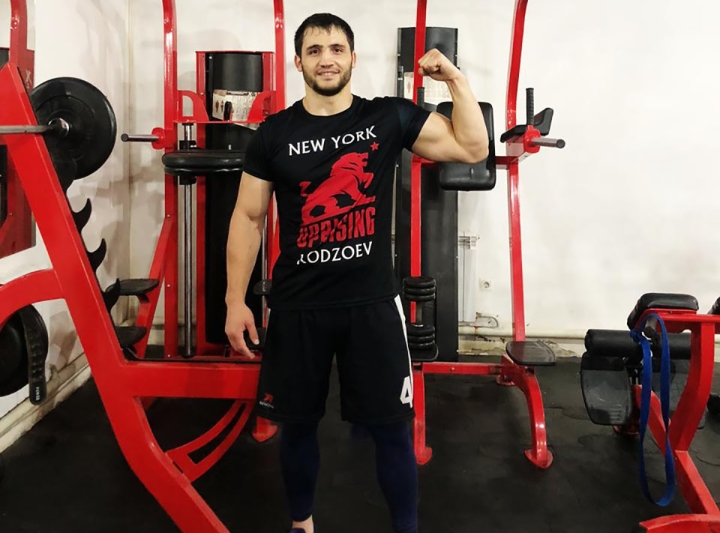 Belarussian middleweight Victor Murashkin (3-2, 2 KOs) scored the best win of his short career so far with a unanimous decision over veteran Russian boxer Maxim Smirnov (8-9-3, 4 KOs) in a scheduled eight-rounder.

Murashkin, 27, worked as a counter puncher against shorter but more massively built Smirnov, 34, who started his long path in prizefighting sixteen years ago. Hard-nosed and durable. Smirnov has never been stopped, but way too slow. Smirnov, a potent kickboxer, lacked speed and reflexes to trouble Murashkin consistently. He had some success in certain exchanges but held his right hand too low while jabbing, opening a hole, which was often used by the Belarussian. Smirnov is just 0-6-1 over the last nine years.

Coming back to the Old World after a two-year stint in the States, Russia-based Armenian lightweight Zhora Hamazaryan (9-2-2, 6 KOs) suffered a dubious decision loss to Russian Arslan Magomedov (6-1-1, 4 KOs) of Makhachkala, Dagestan, despite a flash knockdown scored in one of the middle rounds. Magomedov got his second consecutive meaningful victory after dealing Lucas Ballingall (13-0) his first career loss in August.

Hamazaryan led the fight in early rounds, pressing action against more defensively-minded Magomedov, who was competent in repelling Armenian's offence but was rather inactive in getting closer to his opponent. Sensing the fight was floating away, Magomedov took the lead to the mid-point but suffered a knockdown in doing so. Hamazaryan was also successful in the jabbing contest but was slowly getting fatigued after round five. Magomedov was fighting it to the end but Hamazaryan connected with a huge counter right hand during the second minute of the tenth and final round, probably clinching it in his favour.

In a battle of wills, Belarusian light middleweight prospect Yauheni Makarchuk (6-0, 3 KOs) got the better of Russian Murad Ramazanov (4-2, 3 KOs) over six rounds with a hard-fought split decision.