Ramirez: Don't Know Much About Ahmed; Makes Him Dangerous

From the couple tapes Ramirez has watched, Ramirez determined Ahmed has some skill and can box well if you let him. Ghana’s Ahmed (25-0-1, 17 KOs), the WBO’s No. 4 contender at 168 pounds, will challenge Ramirez for the Mexican southpaw’s WBO super middleweight title Saturday night in Corpus Christi, Texas. 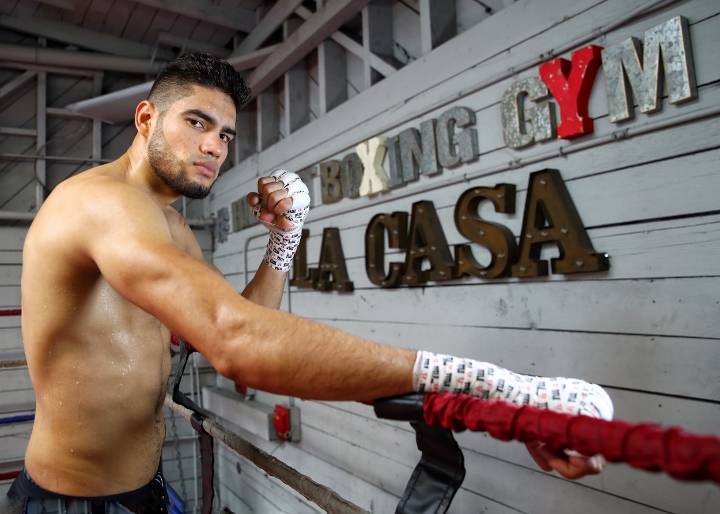 “I don’t know too much about him,” Ramirez told BoxingScene.com. “I just know he’s really dangerous because he’s coming to take my belt. But I’ve prepared very well in my training camp, so whatever he brings to the ring I’m gonna give the fans a very good show. I’m very confident about my preparation.”

Habib hasn’t fought outside of Ghana since he turned pro in August 2011. He most recently defeated Flash Issaka (23-15, 18 KOs), a 41-year-old journeyman, by fourth-round knockout September 2 in Accra.

Habib’s past four opponents had a combined record of 74-49-3 entering their fights against him.

The 26-year-old Ramirez (36-0, 24 KOs) will make his third defense of the WBO super middleweight championship he won by out-pointing Armenia’s Arthur Abraham in April 2016 in Las Vegas. In his last fight, Ramirez fended off Philadelphia’s Jesse Hart (22-1, 18 KOs) in what developed into a very competitive scrap once Hart got up from a second-round knockdown September 22 in Tucson, Arizona.

“In that fight, I learned a lot,” Ramirez said. “That was a good fight for me. I saw the video. Me and my team, we’ve been working on the mistakes that I did in that fight. I need to be more aggressive and look at the angles.”

I don't rate Ramirez too highly, but he's probably going to run through this guy.

He doesn't know anything about me. That makes me even more dangerous.