Ramirez: I Want Bivol, I Want Beterbiev, I Will Beat Them All At Light Heavyweight

Having already lost nearly two years of his career due to inactivity and contract disputes, Gilberto ‘Zurdo’ Ramirez isn’t interested in wasting any more time.

The unbeaten former super middleweight titlist enjoyed a celebrated return two weeks ago, fighting for the first time since last April in scoring a 10th round knockout of Alfonso Lopez. Their bout topped an independently promoted Pay-Per-View event which was carried live by Fite TV, under Ramirez’s own Zurdo Promotions banner.

It was his first piece of ring action since severing ties with former promoter Top Rank earlier this year, a lengthy battle which ultimately cost Ramirez (41-0, 27KOs) a place in a four-man World Boxing Organization (WBO) light heavyweight tournament. Now armed with two knockout wins in as many fights at light heavyweight, the unbeaten Mexican now sets his sights on much bigger game.

“I felt great. I was gone for [more than] a year and now I’m back,” Ramirez told Fite’s Matt Striker after the win. “I want Dmitry Bivol. I want Artur Beterbiev.” 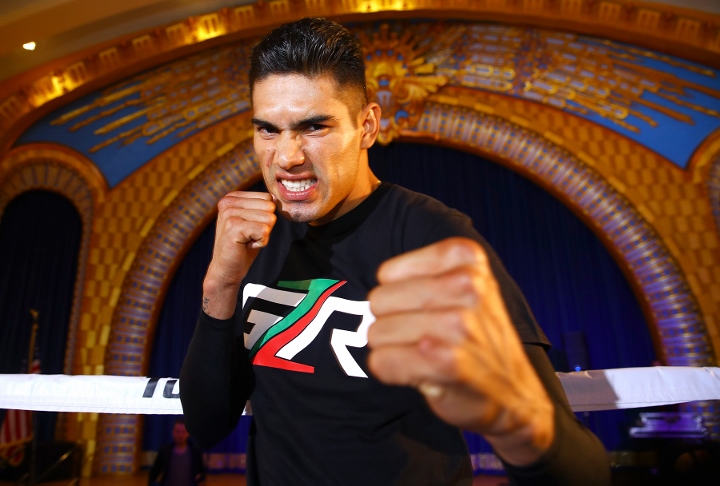 Both are widely regarded as the best two light heavyweights in the world today. Russia’s Beterbiev (15-0, 15KOs)—who now fights out of Montreal—serves as the division’s lineal champion along with owning two alphabet titles. Bivol (17-0, 11KOs)—a 30-year old Kyrgyzstan-born light heavyweight now based out of Russia—has held a major title since November 2017 and is widely regarded as the division’s best kept secret and arguably its most avoided fighter.

Should he have his way, Ramirez will take a fight with either of the two in a heartbeat for his next outing. Also on his radar is a showdown with the winner of the upcoming vacant title fight between Joe Smith Jr. (26-3, 21KOs) and Maksim Vlasov (45-3, 26KOs), which takes place next February.

“I want them all [at light heavyweight],” insists Ramirez, who held a super middleweight title for three years before moving up in weight. “I will beat them. I will beat them all. You will see.”

[QUOTE=_Rexy_;20989755]Cruisers are the second largest warship in existence, which is where the name came from.[/QUOTE] Well... As a navy veteran I honestly never made that connection. I can deal with that. Can we just rename light heavyweight then? Still seems…

[QUOTE=Boxing Logic;20988274]I don't think it's true that "anything can happen." The cash cow of the sport never seems to lose in his prime, for one. And I don't think we like the sport so much. I think the sport is…

[QUOTE=landotter;20988862]Is it just me, or is Light HW (which should be the actual Cruiserweight division, and the Cruiserweight the Light Heavy, but I digress on a pet peeve) traditionally a division where the best never seems to fight the best?…