If there is one person who might be able to recognise how Andy Ruiz Jr feels going into his rematch with Anthony Joshua, it’s Hasim Rahman. It is Rahman’s rematch with Lennox Lewis that is constantly quoted as a source of inspiration by those who feel Joshua will gain revenge, but as Rahman says, Joshua has yet to prove he is anything like the fighter Lewis was.

Rahman is in Saudi Arabia as head trainer to Michael Hunter, who boxes Alexander Povetkin on the undercard on Saturday night. Back in 2001 he produced a shock similar to the one Ruiz pulled off when beating Joshua in June, when he knocked out Lewis in South Africa to claim the world heavyweight title. Six months later, Lewis knocked him out in the rematch.

“Joshua is going to have to make adjustments. It's possible – he's been a world champion and he can box and that's what he has to do.” 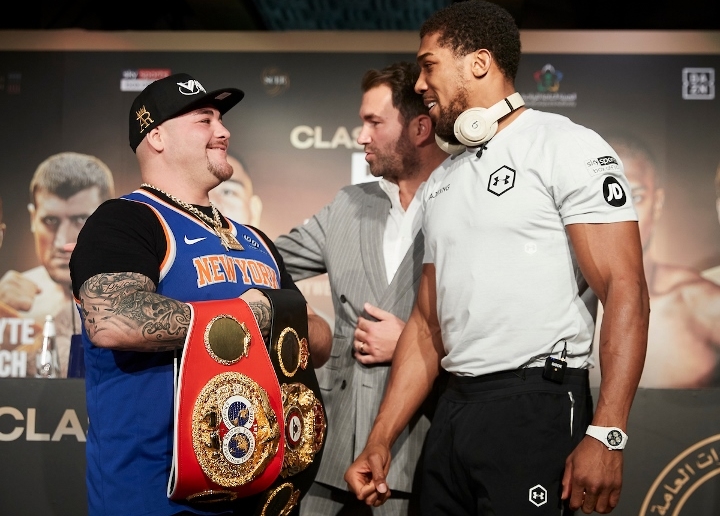 Rahman believes that Joshua must remain disciplined if he is to get his titles back.

“He can win if he makes it a boring fight,” Rahman said. “If he tries to make it exciting and for the knockout, then he gets knocked out.

“That is the key to victory for him. But for Andy, he's going to make sure it isn't a dull fight – let his punches go, use his hand-speed and combinations. I think Andy can repeat if he does that, but Anthony can be disciplined, use his height and reach and distance. It won't be pretty, but he can secure a victory.”

Rahman does not believe that you can compare Joshua’s achievements to those of Lewis, however.

“Anthony Joshua’s career not over, so it's unfair to compare them at this stage. Let's wait and see when it's over. Right now, Lennox is way ahead.”

Looking back, Rahman says he has no regrets about how things finished with Lewis.

“If I could have had some kind of heads-up on how he was going to fight me, I would definitely have done something different,” he said. “If we’d have fought a trilogy I would have been a completely different fighter.

[QUOTE=lion33lit;20231941] Tyson would’ve destroyed Ruiz....Just my thoughts though.[/QUOTE] Ditto, a peak Tyson (and probably a Tyson on the slide) would have been far too fast and brutal for Ruiz. Let's face it, apart from 'china chin' how many top heavies…

[QUOTE=Dr Rassclart;20231766]Are you insane? Ruiz beats Lewis??!! That is THE most absurd cobblers that I have ever read. You cannot be serious or even an knowledgable boxing fan if you believe that.[/QUOTE] It would be if I'd actually said Ruiz…