Super bantamweight Rachel Ball produced the biggest win of her career as she knocked down Shannon Courtenay in the first round on the way to winning a close eight-round decision over the Matchroom prospect on Eddie Hearn’s Fight Camp.

Ball, a former kickboxing world champion, had a brilliant start, but needed a good finish to edge the verdict, as she took the last two rounds as Courtenay tired after setting a fierce pace.

“I’m just so happy,” Ball said, as she broke down in tears. “It does mean everything to me. It was a closer fight than I wanted it to be. I want to go on to big things, I want Eddie to sign me up. I want to be at the top. I want to be at world-title level.” 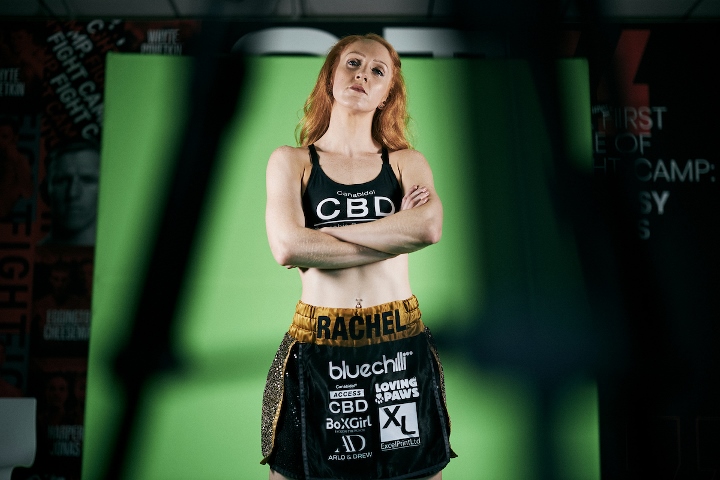 Ball set off at a fast pace in the first round, but her shots were falling short. Courtenay kept tight but landed well with a right hand, but as she went in to follow up, she walked straight into a left hook that dropped her to the canvas.

It was a heavy knockdown, but after Ball had the better of the early stages on round two, Courtenay began to walk down Ball, swinging away with both hands and having success with the right. By the third, Courtenay was getting on top as Ball struggled to keep Courtenay off her.

Ball fired back in the fifth, stopping Courtenay in her tracks with a chopping right hook, but it was Courtenay who continued to set a relentless pace.

Things turned in the seventh round, as Courtenay began to tire. Now it was Ball who was driving the house fighter around the ring. Referee Howard Foster made Ball a 77-75 points winner.

Ball admitted she couldn’t even remember the shot that knocked Courtenay down.

“When I threw the shot, she had dazed me, so I didn’t know what had hit her,” Ball said. “She does hit hard. There is a reason she has been knocking these girls out. I don’t think I used all my technical ability, but it is all progress, isn’t it?”

[QUOTE=No Losses;20707269]Yep I enjoy women's boxing too and would like 12x3 also, especially to warrant the pay increases for them, 20 mins of actions is considerably less than 36 so the pay needs to reflect that. I'll be real with…

[QUOTE=famicommander;20707255]You've never watched the women I listed if you think that's how they fight. Women's boxing has 2 minute rounds and 10 round title fights. If they were fighting 12 x 3 minutes there would be a lot more stoppages.[/QUOTE]…

[QUOTE=Oldskoolg;20707250]Women’s Mma is exciting because the women actually try to stop their opponents, women’s boxing is as boring as watching paint dry because of the lazy manner in which they fight and the total lack of power in the game[/QUOTE]…

[QUOTE=famicommander;20707212]The only way women's boxing gets more depth is for the top women to be treated like real stars. Braekhus, Shields, Taylor, Mayer, Bopp, Serrano, Persoon, McCaskill, Farias, etc should all be getting better promotion and bigger paychecks. Tons of…

[QUOTE=Enzo Mc is ****;20706844]It was a good fight for the wrong reasons. A million miles from the quality of Harper and Jonas and showed that the problem of lack of depth in women's boxing hasn't gone away. The corner mics…