Quillin: We're Going To Sit Down With Team, Decide What's Next

Peter Quillin may not have accomplished everything he’s set out to do in his 14-year pro career.

However, he’s possibly reached a point where all that he’s achieved will have to be good enough.

The former middleweight titlist suffered a mighty career blow in dropping a split decision to 37-year old Alfredo Angulo in their 10-round war Saturday evening at Rabobank Arena in Bakersfield, Calif. Quillin won 96-94 on one card, only for it to be overruled by scores of  96-94 and 97-93 in favor of Angulo, who was a heavy betting underdog heading in but has lived to fight another day.

The same might not be the case for the other side.

“It’s a lot of hard things to swallow with all that’s going on in my career,” noted Quillin (34-2-1, 23KOs) after hearing the verdict. “But it was a great fight for the fans.” 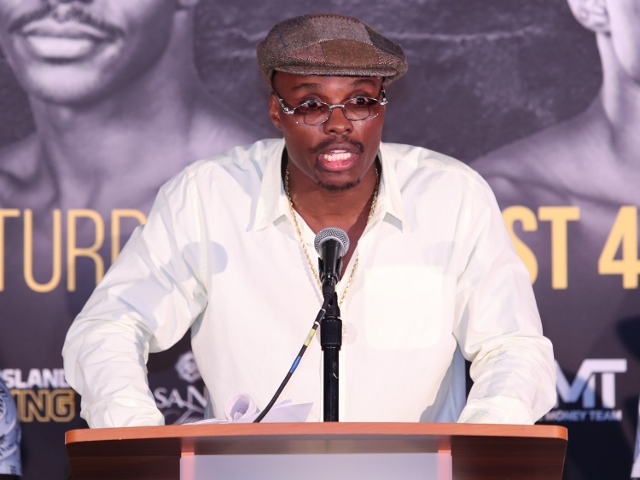 The fact that it was, didn’t bode well for the 36-year old Brooklynite, who as recent as six weeks ago was one win away from once again fighting for a major title. He was due to face Caleb Truax this past August in a rematch to their truncated two-round No-Contest in a title eliminator this past April.

A win would’ve put him in his first title fight since suffering a stunning 1st round knockout loss to Daniel Jacobs in their Dec. 2015 middleweight title fight. It ended a forgettable year that began with his coming in heavy for an attempted reclamation of a middleweight title he was forced to vacate after a two-year reign. Just three fights have followed, with the hope of securing a second go with Truax and repositioning himself for one last title shot.

An untimely injury suffered by Truax forced Quillin to look elsewhere for his next payday. An additional three weeks to train in addition to facing a far more faded contender in Angulo appeared to be a safe bet, especially among those who installed him as an 8-1 favorite to prevail.

Ten grueling rounds later, he was left with his second career defeat and serious consideration bout next steps. To his credit, he refused to allow fight night emotions to dictate his future—although he dropped one hell of a hint, jokingly or otherwise.

“It’s a good thing my wife has a job, so I’m not the (only) paycheck in the house,” Quillin quipped to Fox Sports’ Ray Flores upon the conclusion of their thrilling main event which aired live on FS1. “But I’m going to sit down with my team. It’s hard to say in the moment while swallowing what happened.

“But we’re going to sit down as a team and decide what’s next.”

retire before you get serious brain damage

[QUOTE=Califire209;20079624]Like I said J Leon love went the distance with Quillin and was not knocked out in 2 rounds. The fight was stopped against Truax because of a clear head but homeboy. Get some facts[/QUOTE] Lots of fighters have loses…

[QUOTE=GhostofDempsey;20076177]A loss to Angulo is a sure sign it is time to retire. All that inactivity has ruined him and now he is too old to rebuild and set his sights on a MW title.[/QUOTE] he should sell cuban sandwicjes…

[QUOTE=Eff Pandas;20074883]Time to hang them up. Peter is one of these Thurman-like cats who lost his best years to inactivity I feel like. If there are any paydays to be had take them but otherwise better to save some brain…

[QUOTE=Shadoww702;20074892]He EASILY beat J’Leon Love and beat Caleb Truax those two rounds? Angulo with Abel is just a good combination and I don't even like Abel? But you right..[/QUOTE] Like I said J Leon love went the distance with Quillin…