Quillin Wants Rematch With Truax in Minneapolis or Brooklyn

It was the perfect start for Peter Quillin in Saturday’s super middleweight IBF title eliminator against Caleb Truax at the Armory in Minneapolis.

For two rounds, Quillin landed crisp jabs and timely counter punches. The fighter known as “Kid Chocolate” won both rounds on the scorecards. But the third round never came. Quillin’s quest for a second division title hit a snag when he collided with Truax midway in the second round.

The two former champions had a clash of heads, with Truax taking the bulk of the damage. Blood gushed out of a deep cut over Truax’s right eye, forcing the ringside doctor to stop the fight. 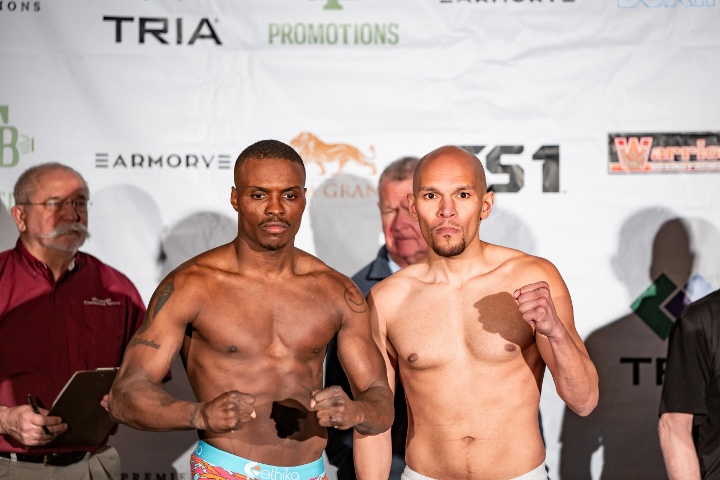 The PBC on FS1 main event left fight fans in Minneapolis disappointed and sent the two boxers home with a no decision on their resumes. A sold-out crowd of 4,117 came out to see their hometown fighter Truax.

Quillin wants to return to Minneapolis for a rematch or have the second meeting in his hometown of Brooklyn, New York.

Truax’s cut didn’t compare to the gruesome gash Badou Jack sustained in January against Marcus Browne, but the blood coming down the eye of the Minnesota native was a concern for the doctor, who allowed the second round to finish before stopping the bout.

"First of all, I think the doctor's job is to make sure the fighter is safe," Quillin said. "That's number one. People would rather see him fight without an eye, but I'd rather have the guy be able to fight another day."

All this happened in front of IBF super middleweight champion Caleb Plant, who was hoping to get a close up look at potential opponents. Now it’s unlikely that Plant will face Quillin or Truax in the near future. Plant won the title in January after defeating Jose Uzcategui by unanimous decision.

"It's disappointing I couldn't put on a good fight for the fans," Truax said. "They came to see 12 rounds of action. It hurts but that's boxing. I'm flattered that everybody came out for me. The fans are doing a great job representing how strong our boxing community is. This is one of the best times in decades for Minnesota boxing.”

Quillin is a joke, being told to give up his belt just to duck another fighter/fighting on another platform (even though roc nation offered him 1.5m extra to just take the fight), came back cant make weight then lost to…

I don’t get it Goes to the corner and before he can work on the cut , the doctor comes in Takes a look at it , asks him if he can see from the eye , says no Mumbles…

it's funny I missed the fight and still didn't miss the fight :) I feel bad for the fans who paid to see that bs SMH

Good idea, let it be the undercard on a regular FOX show.