Quigley on Canelo: This Could Be Like Apollo Creed Giving Rocky His Shot

Middleweight contender Jason Quigley has unexpectedly found himself in contention to land a fight with Mexican superstar Saul "Canelo" Alvarez on September 12.

Quigley is not the frontrunner to secure the spot, with WBA super middleweight champion Callum Smith in the lead to land the lucrative fight.

But anything could happen, and Quigley believes that he's deserving of the opportunity. 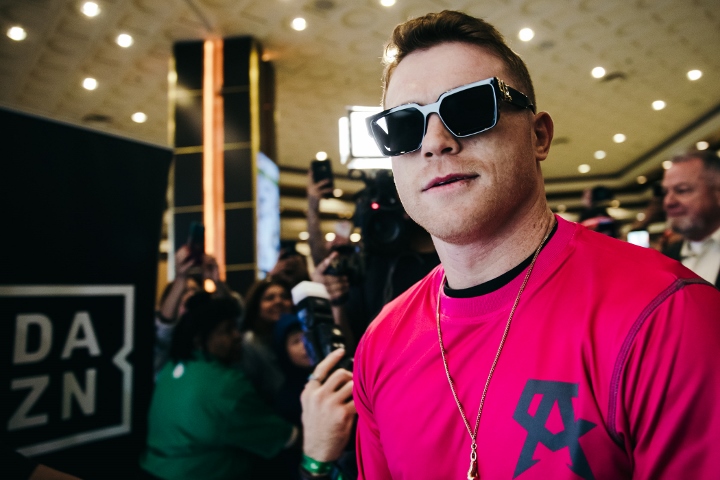 Quigley (18-1, 14 KOs), 29-years-old and now trained by former world champion Andy Lee, would be a massive underdog against Canelo.

But Quigley views the potential opportunity as his 'Rocky' moment.

He views himself as Rocky, and Canelo as Apollo Creed - who gave Sylvester Stallone's character his big shot in the first motion picture of the Rocky series.

Both Quigley and Canelo are promoted by Golden Boy Promotions.

“This is what it’s all about. We’ve had a lockdown, we’ve had COVID, we’ve had a massive pandemic and the whole world is on a bit of a downside so this is exactly what we need. We need one of these superstar fighters like Canelo and then myself, a massive underdog, coming up to this massive opportunity," Quigley told the AK & Barak show.

“This is something that’s going to give people hope, especially the Irish people, for myself... to be supporting me is really going to lift the nation and lift the country of Ireland if this fight can be pulled off. Everybody’s been on a real downer with the way things have gone the past couple of months all over the world.

Quigley is already 29? Wtf I thought he was still a mediocre prospect.

Rocky and Apollo Creed were fictional characters in a movie, not real people. Apart from that though ....

Yeah like the disgrace of Seniesa against the soccer mom, just what boxing needs another embarrassment.