As BoxingScene.com reported on Tuesday, Kubrat Pulev will return to the ring on November 9th in Fresno, California against Rydell Booker.  The fight will take place on the Jamel Herring-Lamont undercard.

For this training camp the heavyweight contender is working with veteran strength and conditioning coach Angel "Memo" Heredia. They previously talked about possibly teaming up but the timing and location for both parties didn't work out until training camp for this fight was planned.

"I had several meetings with him before and we were going to do camp in Germany when he fought Tyson Fury's brother (Hughie) but the logistics didn't workout but we were able to get it worked out for this fight," Heredia told BoxingScene.com.

"His manager Ivaylo (Gotzev) and I had a meeting right before (Yordenis) Ugas' last fight in July and he said it was time to get the ball rolling because he is the mandatory for the winner of the Joshua-Ruiz fight.  They are obviously fighting a rematch in December and he is supposed to fight the winner by May so he he needs to stay busy so that is why he is fighting in November so that he is ready for whoever wins." 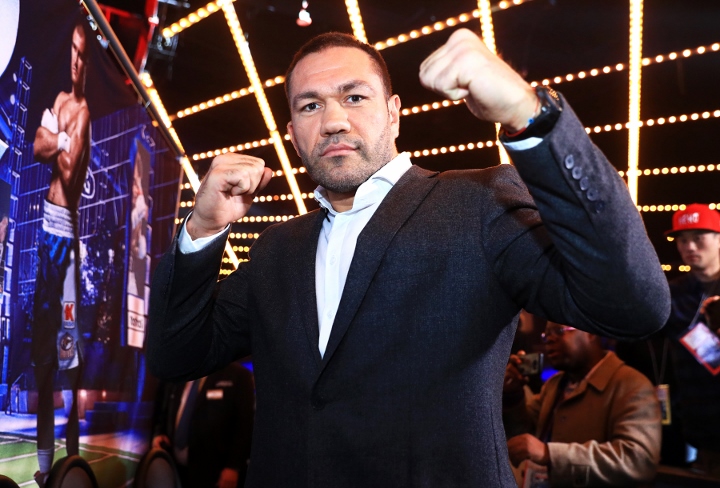 Pulev is the mandatory challenger for the IBF title that Andy Ruiz currently holds.  The organization has already stated that the Ruiz versus Anthony Joshua winner will have to face Pulev next.

Rather than sit out till next spring, Pulev will look to stay stay sharp in November before entering camp next spring for the winner of the fight.

So far Heredia has been very impressed with what he has seen from Pulev.

"I have been basically working on his conditioning. He is a very strong guy. He works very hard. He not only needs to maintain his explosiveness but we want to increase his endurance and increase a little bit more his power," Heredia explained while stating that the Bulgarian is a very good athlete.

"Obviously this our first training camp but so far from what I have seen he is a very good swimmer and a very good sprinter. I know this camp is short at 8 weeks but if everything goes well for the next camp we can do at least 13 weeks of training and we can do more power training and add weights. We would have more time to work on that and also increase his speed and have him peak at the right time."

Pulev can keep on boxing hard without getting tired with Memo.

Pulev trolling with these comments surely given Memo’s rep.