Pulev: Booker's A Good Boxer, But I'm At A Different Level

Kubrat Pulev has been impressed by what he has seen while studying Rydell Booker.

Though 38, Pulev views the Detroit-based Booker as a capable boxer who could ruin his journey toward another heavyweight title shot if Pulev isn’t at his best Saturday night. Pulev could’ve waited to battle the winner of the Andy Ruiz Jr.-Anthony Joshua rematch, but he opted to stay busy by battling Booker in a 10-round fight ESPN+ will stream from Fresno, California.

“He’s a good boxer, with a lot of experience and speed,” Pulev told BoxingScene.com. “He’s quick and slick, and he’s technically very good. But I think I’m at a different level and I must beat him.” 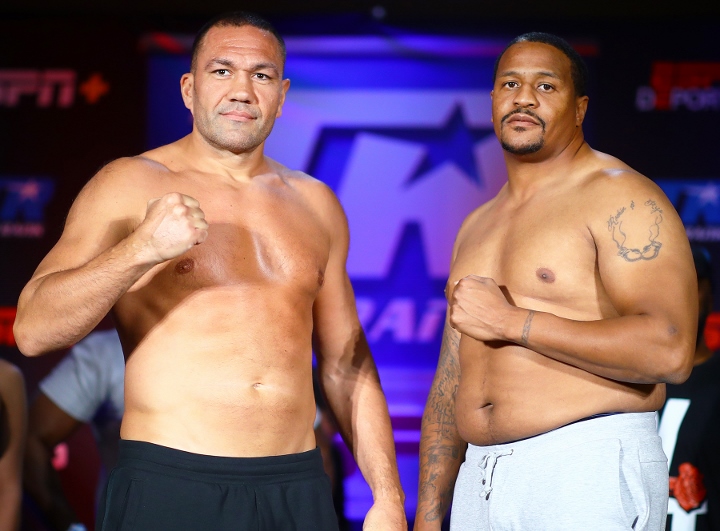 If Pulev beats Booker, the 38-year-old Bulgarian contender will remain the IBF’s mandatory challenger for whomever wins the immediate rematch between Ruiz (33-1, 22 KOs), the IBF/IBO/WBA/WBO champion, and Joshua (22-1, 21 KOs) on December 7 in Diriyah, Saudi Arabia. If Pulev (27-1, 14 KOs) doesn’t get his shot at the winner before May 31, the winner would be stripped and Pulev would face the next ranked, available contender for the IBF belt.

“I watched this fight,” Pulev said. “He lost, but it was a close fight. But I’m a better boxer, and that’s it.”

The Pulev-Booker bout will be streamed by ESPN+ just before its main event from Chukchansi Park, the home stadium of the Fresno Grizzlies, the World Series champion Washington Nationals’ Triple-A affiliate. In that 12-round bout, Jamel Herring (20-2, 10 KOs), a former Marine from Coram, New York, will make his first defense of the WBO junior lightweight title against mandatory challenger Lamont Roach (19-0-1, 7 KOs), of Upper Marlboro, Maryland.

Whatever happened to that slut journalist who slandered Mr pulev. She soon lost her welcome at any boxing events. Boxing stays macho I love it. Godspeed. But look at him y'all he tryna talk up Booker y'all look at him.