Provodnikov Would Consider Return - Only For a Fight With Meaning

Former WBO junior welterweight world champion Ruslan Provodnikov is ready to return to the ring, but only for the right fight.

At the end of April 2020, the athlete's manager Vadim Kornilov told Tass that Provodnikov could fight at the end of this year.

At the end of August, the boxer himself said took to his Instagram account and explained that he had no motivation to return to the ring and admitted that his style of fighting is traumatic. 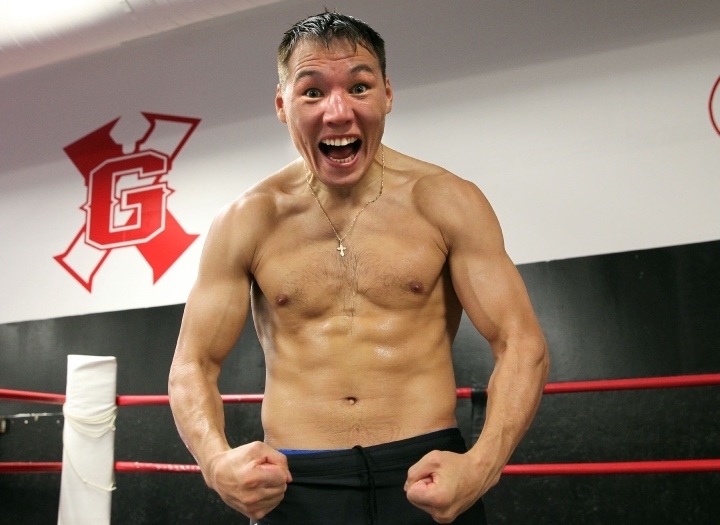 But now Provodnikov states that he would consider the scenario of a comeback - if the return bout would actually mean something and not simply for the amusement of the public.

“For me to want to go into the ring today, it has to be a fight that will represent history for me,” said the 36-year-old Provodnikov to Tass.

“One of the first fights I can name is a fight with Timothy Bradley. If Roy Jones called me today and said that he would like [to fight], for the sake of this fight I am ready to immediately pack up my bag...and without hesitation quit my job and go right away. But to fight just to amuse someone - I’m not interested.”

Provodnikov has been approached numerous times to return to the ring. He did not explain where the offers were coming from, only specifying that at the end of August - September he and his manager had numerous calls, including from the Russian Boxing Federation. The athlete also stressed that he is not interested in money.

“I’m not interested in money at all, if I needed it I would box with anyone and at anytime right now,” Provodnikov said. “I have never entered the ring for the sake of money and fame. I have other goals, concerns. I have work for the benefit of my people, I try to spend more time with my family and children.

“I think I keep myself in good shape, I train almost every day, I run at least three or four times a week in the morning for 10 km. I am in good shape - I don’t drink, I don’t smoke, I lead a healthy lifestyle, therefore, in order to enter the ring, right now it is enough for me to go through the usual two months of training to get in shape in sparring and that will be enough.

"But at the same time I am self-critical of myself, so I will note that my boxing is mediocre, everyone can do that. I say this sincerely, is it talent? Floyd Mayweather is like a game of chess."

Provodnikov had his last fight in 2016, losing to John Molina by way of decision. He has a record of 25 wins (18 by KO) and five defeats. At the moment, the boxer is working in the world of politics. Provodnikov is a member of the Duma of the Khanty-Mansiysk Autonomous Okrug.

[QUOTE=just the facts;20878204]Is that you Donald? Resorting to name calling when you aren’t intelligent to communicate any other way. Yet another Trump trait.[/QUOTE] i may be donald trump but you are gay

[QUOTE=Rick Taylor;20873179]copying me again huh? thats just sad de la hoya, trinidad, etc you're starting to come off as kind of gay tbh 😑[/QUOTE] Is that you Donald? Resorting to name calling when you aren’t intelligent to communicate any other…

Maidana, can't lose for the fans.

He should stay retired .