Promoter: Eleider Alvarez Will Be Ready To Fight Smith Anytime From Mid-August Onward

Eleider Alvarez remains in pursuit of a second light heavyweight title run, even if the dream is postponed by a month or so.

As previously reported by BoxingScene.com senior writer Keith Idec, the former 175-pound titlist from Montreal, Canada by way of Apartado, Colombia was forced to withdraw from a planned title eliminator versus Joe Smith Jr. due to an injured shoulder. Their bout was due to take place July 16, live on ESPN from MGM Grand Conference Center in Las Vegas but fell through after news broke of Alvarez’ injury.

More details have since been provided by his team.

“Eleider Alvarez was injured last week in training camp,” Yvon Michel, Alvarez’s career-long promoter revealed in a statement on Thursday. “Last Tuesday, he met with the team’s doctor, Dr. Francis Fontaine. The [doctor’s] report [arrived] yesterday morning and the diagnosis shows an injury to the right shoulder which requires anti-inflammatory treatments, physiotherapy and [no] sparring for four weeks.

“Upon receipt this information was forwarded to Top Rank (Alvarez’s co-promoter). Unfortunately, this injury forces the postponement of the fight against oe Smith Jr, for the WBO light heavyweight elimination fight planned for Las Vegas on ESPN on July 16.” 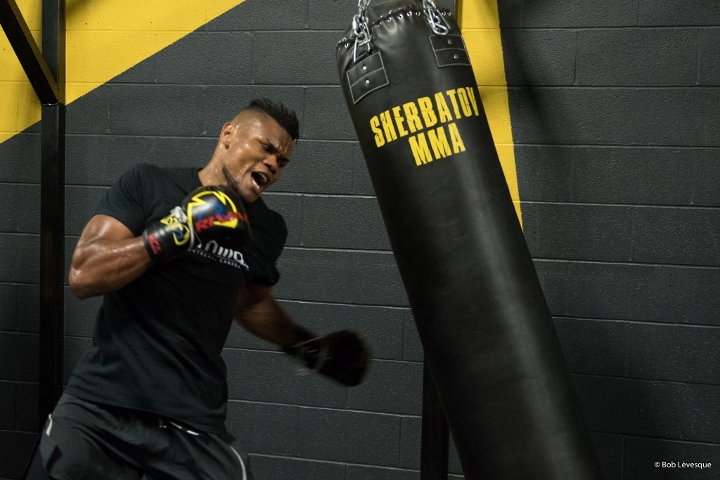 Alvarez and Smith Jr. (25-3, 20KOs)—a 30-year old power-punching contender from the Mastic section of Long Island, New York—were ordered by the World Boxing Organization (WBO) earlier this year to meet as part of a four-man light heavyweight tournament. The winner of the three-bout series will claim the WBO light heavyweight title which was vacated by Saul ‘Canelo’ Alvarez last December.

On the other side of the bracket, Umar Salamov (25-1, 19 KOs) and Maksim Vlasov (45-3, 26 KOs) are due to collide in a title eliminator between Russian light heavyweights. Both have long ago agreed to terms but are awaiting a fight date from Top Rank.

It has yet to be determined when that bout can be staged, or if current revised plans will allow for both fights to appear on the same telecast later this summer. Alvarez has remained in shape ever since his last bout, a 7th round knockout of Michael Seals this past January in Verona, New York. Alvarez was initially due to face unbeaten former super middleweight titlist Gilberto Ramirez, who failed to comply with the WBO purse bid terms and was pulled from the tournament.

The slot was quickly filled by Smith, fresh off of a 10-round win over Philadelphia’s Jesse Hart this past January in Atlantic City. The feat took place one week prior to Alvarez’s aforementioned win over Seals, with both fights airing on ESPN. Their head-on collision was considered to the centerpiece attraction for Top Rank’s closed-doors summer series in Las Vegas, which hopes to still be the case.

For now, Alvarez cannot return to the gym until mid-July. However, his past training camp efforts should allow him to pick up where he left off and not allow too much longer of a delay in returning to the ring.

“Doctor Fontaine is confident of complete rehabilitation in a few weeks but for coach Marc Ramsay the fact that he cannot allow adequate preparation for his boxer against a dangerous opponent like Smith Jr. in a fight of such great importance, the decision to request a postponement of the fight was necessary,” notes Michel. “Eleider Alvarez has been training for several months already and will continue his preparation with as much enthusiasm and according to his team will be ready and ready to face Smith Jr anytime from mid-August [onward].

“We sincerely apologize for the complications caused by this situation, to Joe Smith Jr. who is suffering the consequences but above all to Top Rank and ESPN who daily have to overcome important logistical problems but exercise extraordinary international leadership with this excellent professional boxing series in "The Bubble of MGM Grand" in Las Vegas.”

If Smith Jr catches him good just once, it will be the end of Alvarez's career at the top.

This fight is going to happen in 2020 and is one I am salivating for. Eleider Alvarez shoulder injury is not serious and he can come back soon.

Man I was really looking forward to that fight.