Prograis: Ramirez Most Likely Will Run Right Over Postol, Stop Him

His latest example was Prograis predicting Deontay Wilder would knock out Tyson Fury in their rematch. Prograis still is confident Ramirez not only will be beat Postol, but that the unbeaten WBC/WBO 140-pound champion will become the first opponent to knock out the durable Ukrainian.

Postol, a former WBC super lightweight champ who’s now the mandatory challenger for Ramirez’s title, has lost only 12-round unanimous decisions to Terence Crawford and Josh Taylor. Prograis suffered his first defeat, a 12-round majority decision, to Taylor in Prograis’ last fight, October 26 at O2 Arena in London. 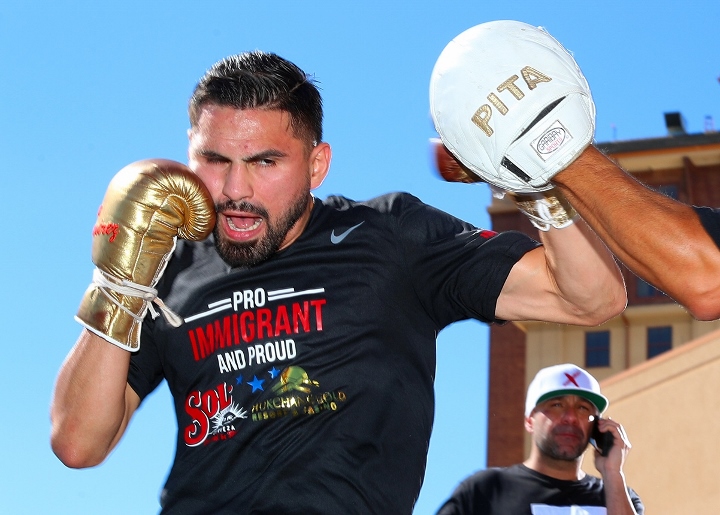 The 27-year-old Ramirez (25-0, 17 KOs), of Avenal, California, and the 36-year-old Postol (31-2, 12 KOs), of Kiev, Ukraine, are supposed to meet sometime in August. The date and site for a fight that already has been postponed twice by the COVID-19 pandemic haven’t been announced.

Whenever it happens, Prograis (24-1, 20 KOs) doesn’t think Ramirez will have much difficulty with a past-his-prime Postol.

“It depends what Postol has left,” Prograis told BoxingScene.com. “You know, he’s older. I actually think Ramirez could be the first person to stop him. If Postol has some type of rejuvenation in him, then he can give Ramirez a hard time because he’s long, he’s lanky. He can keep Ramirez outside, and he has a good, sneaky right hand. If he’s an older Postol, I think Ramirez will stop him. That pressure he’ll come with, you know, the constant pressure, I think he most likely would run right over him. I really don’t even think it’ll be too much of a hard fight for Ramirez. But like I said, it depends on what Postol has left.”

“He actually hurt Taylor and gave him some trouble,” Prograis said. “He caught him with a right hand. I think it was in the [seventh] round, and he actually hurt Josh Taylor right at the end of the round. So, he gave him some trouble. But that was [two] years ago. He’s not gonna be the same person. I feel like Ramirez will be the first one to stop him. That’s my pick.”

If Ramirez gets past Postol and Taylor defeats Thailand’s Apinun Khongsong (16-0, 13 KOs), the mandatory challenger for his IBF belt, Ramirez and Taylor are expected to meet in a full title unification fight.