Prograis Looks To Follow in Hagler's Steps, Win Big One in UK

Regis Prograis has grandiose plans to mirror in the moves of his hero Marvin Hagler.

In 1980, Hagler was on the cusp of star status but without the designation of being a champion. He had fought outside of the United States just once, and Alan Minter stood in his way to solidify his name in the sport. Hagler travelled to Wembley Arena in London and promptly demolished Minter in three rounds to win the WBA, WBC, The Ring and lineal middleweight titles.

On Saturday, Prograis (24-0, 20 KOs), the WBA super lightweight champion, will fight outside of the U.S for the first time in his career when he travels to the O2 Arena in London to take on Taylor (15-0, 12 KOs), the 140-pound IBF champion in a unification fight. The match, which will stream on DAZN, marks the final fight of the World Boxing Super Series, and the winner will claim the Ali Trophy in addition to the vacant 140 pound Ring Magazine title.

“I’ve always dreamed about going to London and fighting there. A lot of people say ‘it’s a dream,’ but this really was my dream,” Prograis told BoxingScene.com. “I’m just so excited. I just can’t wait. My personal history is being made right now.

“My idol Marvin Hagler did it, and so will I. My legacy is being built right now, one fight at a time. Most fighters don’t get this kind of opportunity, and I’m getting it in my 25th fight. I started boxing at 17, and I’m fighting for all of these things already.” 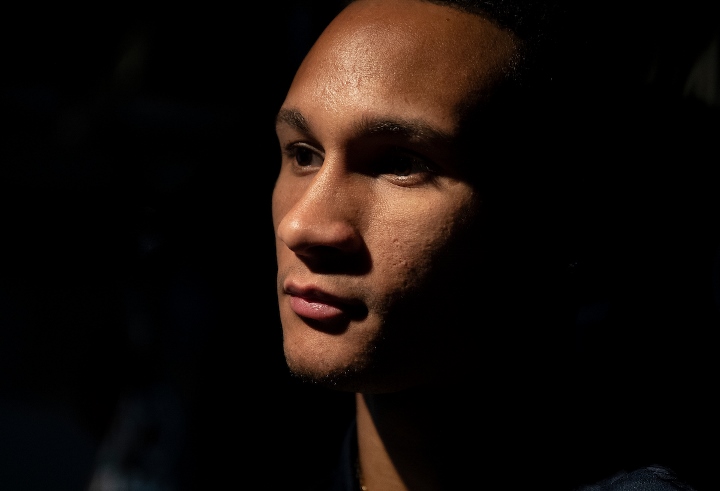 Prograis will be superseding overseas staples as the main headliner instead of Dereck Chisora vs. David Price and Ricky Burns vs. Lee Selby. He realizes that hardly anyone in the stadium will be rooting for him when he faces off against the Scotish southpaw in Taylor.

“It’s a stacked card and it’s going to be a big crowd,” said Prograis. “On fight night, I won’t be the one nervous. He’ll be the one that’s nervous because all of his people will be there for him. For me, it might be 10-to-15 people.”

Prograis said he won’t let the moment and magnitude of the event overtake his emotions and distract him from the task at hand. The Bayou boxer got a taste of being the man in the building in July 2018 when he took on Juan Jose Velasco in his hometown in New Orleans.

“I was just nervous because everybody was there to see me. My whole city, everybody that I ever knew, was there that night,” said Prograis. “I was watching the promo video with the historic highlights on the big screen, like a fan. I was just in a trance. When it was over, it hit me, like damn, I’m the main event. These people are here to watch me.

“Walking into the ring, I was real nervous. If it was a better fighter than Velasco, it would have been a big difference that night. After that, I was more relaxed. It was a mental thing, and then I knocked him down and knocked him out.”

Now that he’s gotten the big-time-buzz-of-a-crowd bug out of his system, Prograis plans to dispense Taylor and unify the division with hopes of a 2020 showdown against Jose Ramirez, the WBC and WBO super lightweight crown holder.

Both fighters and their camps have been going at it tit-for-tat on Twitter over the last year, and Prograis wants to prove who is the best — and accomplish the feat of collecting all of the belts just like Hagler did at middleweight in the 1980s.

“My goal is to be the undisputed and unified champion at 140 pounds,” said Prograis.

[img]https://i.imgur.com/sur4RZT.gif[/img] A disgraceful day it twas at Wembley, when our great American middleweight champion was attacked by the sour losers in attendance. One of the worst nights in British boxing. Regis Prograis should have extra security, the Irish will be…

The fact that he's a Hagler fan is the only thing I like about him. Can't say I lime Taylor all that much neither. But I really am looking forward to this fight. I guess a good matchup overseeds how…

How goooood was Hagler. Never get tired of hearing his name mentioned.

he could be this eras hagler. hes good. real good. gettin better too.