Prograis: Frustrated With WBSS, Their Actions During Tournament

This was never the ending that Regis Prograis envisioned.

The unbeaten 140-pound titlist made major waves in the industry upon announcing his withdrawal from the World Boxing Super Series finals versus fellow title claimant Josh Taylor, complete with a lawsuit filed against tournament organizers on Friday.

Nearly three months have passed since the finals matchup was established, with Taylor (15-0, 12KOs) claiming a 12-round title-winning effort over previously unbeaten beltholder Ivan Baranchyk in May. New Orleans’ Prograis did his part three weeks prior, tearing through Kiryl Relikh in six rounds this past April two hours from home in Lafayette, La. 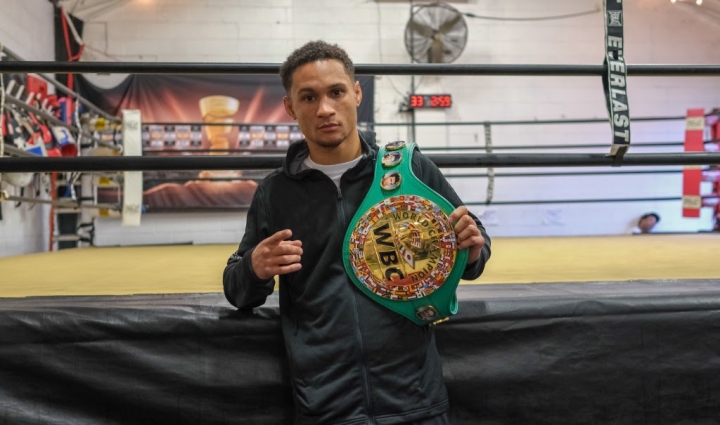 Tournament organizers have failed to secure a date and location for the event, the final straw for the American rising star coming on Thursday when tourney overseers Comosa AG once again reneged on a promise to deposit fight purse funds into an escrow account.

“I am very frustrated with the WBSS and the actions they have taken throughout the process,” Prograis told BoxingScene.com. “I am the best 140lb in the world and my goal remains the same; to become the undisputed 140lb world Champion.

“I know my fans are as disappointed as I am.”

Prograis entered as the number-one seed in the tournament when signing up for season two of the lauded series last July. He remained the favorite throughout to win outright, as evidenced in breezing through Relikh in the semifinals and former lightweight titlist Terry Flanagan in the quarterfinals six months prior.

It was after the opening round of the tournament when things began to fall apart. Comosa AG came under fire over failure to promptly pay the participants in full, with most of the winners having to repeatedly inquire about promised win bonuses before receiving compensation.

Prograis actually had to talk his team members into allowing him to remain in the semifinals, as his goal was to collect all of the belts within in the tournament before targeting now-unified 140-pound champ Jose Carlos Ramirez.

He waited our word on the finals and promised secured payment as long as he could before realizing tournament organizers no longer had his best interests at heart.

Now comes the one fight he didn’t want, replacing the one that WBSS still has yet to deliver.

“Trust me, I would much rather be preparing right now to fight Josh Taylor in a ring rather than getting ready for a battle in a courtroom,” insists Prograis.

[QUOTE=Sid-Knee;19992365]Not only was Ivan undefeated when he fought Taylor, but he's never even fought John Molina. I think you're getting your fighters mixed up here.[/QUOTE] Ok you’re talking Ivan barancyk, I’m talking Ivan redkach. I think both would lose to…

[QUOTE=Boxing lives;19992743]donaire-inoue got done. all the other fights have gotten worked out. looks like there's a chance the final still happens we will see[/QUOTE] It probably will get done but they are going to have a hard time getting good…

[QUOTE=MulaKO;19978801]What are you talking about Before this second series started they had problems financially Then Baranchyk had to threaten legal action cause he was not given his due earned money His fight with Taylor was in jeopardy , he was…

[QUOTE=TheUptownKid;19985634]Ivan lost to journeyman John Molina among others. I’m glad Ivan is in the spotlight now as he works hard at the sport but please don’t mistake his for elite or even bonafide championship caliber[/QUOTE] Not only was Ivan undefeated…

[QUOTE=Sid-Knee;19983271]I know Prograis would be the favourite, but I think Ivan's pressure, crazy angles and power would eventually get to Prograis. Ivan isn't the fastest, but when he starts unleashing with big shots, it's hard to get out of the…