Povetkin Unable To Secure Franklin as Sparring Partner For Whyte

Former WBA heavyweight champion Alexander Povetkin was unable to secure Jermaine Franklin as a sparring partner, due to the ongoing coronavirus pandemic.

Povetkin is scheduled to face top contender Dillian Whyte on May 2 in Manchester - although the date is likely to get pushed back.

The Olympic gold medal winner wanted Franklin to mimic the style of Whyte, but the current travel restrictions have prevented Franklin from even entertaining the idea of heading over to Povetkin's camp. 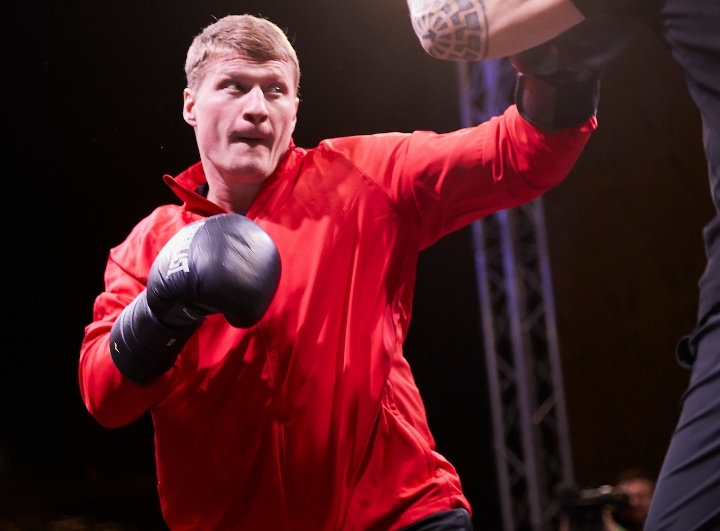 Franklin's promoter, Dmitriy Salita, hopes to have his unbeaten prospect get some sparring time with Povetkin in the future.

"I feel Jermaine is the best American heavyweight and once he is fully developed, has the ability to be a heavyweight world champion," Salita told Sky Sports.

"Being in training camp with an experienced fighter like Povetkin, who is getting ready for a big fight versus Whyte, is a priceless experience for him. Jermaine has superb athleticism for a heavyweight. His talent is at least on par with Whyte."

Franklin (20-0, 13 KOs) was hoping to return on May 9th in Michigan, as part of the undercard to Claressa Shields vs. Marie Eve Dicaire - but the event was postponed on Thursday due to the ongoing pandemic.

"Jermaine is only 26 years old and will only get physically stronger," said Salita. "At that point, he will be ready for the elite."

As far as Povetkin vs. Whyte, promoter Eddie Hearn has a plan in place - if he needs to postpone the card - to push it back to June.

"We also understand that we have contingencies in place to move Dillian Whyte to the middle of June, to move Derek Chisora-Usyk back into the end of June, early July," Hearn said.

Salita is so crooked. Can’t listen to anything he says.

Povetkin is another high risk/high reward fight for Dillian Whyte. This is a true 50/50 fight. Povetkin have a chance to fight for another title shot, If he win against Dillian Whyte. :boxing:

[QUOTE=PunchyPotorff;20481325]Povetkin has a good team behind him and he has a good work ethic. I'm sure if they can get Jermaine Franklin into his camp he'll be even more ready for Whyte. We'll see if Whyte is ready to take…

Povetkin has a good team behind him and he has a good work ethic. I'm sure if they can get Jermaine Franklin into his camp he'll be even more ready for Whyte. We'll see if Whyte is ready to take…

Lol how can salita say he thinks Franklin is the best american heavyweight . He has jarrell miller , and miller is quite clearly a level above Franklin. Kind of a conflict of interest there that statment haha . Franklin…