Olympic gold medal winner and former world champion Alexander Povetkin is not event thinking about the end of his career and plans to begin preparing for the next bout in the near future.

Povetkin declared that his next fight has not yet been appointed.

Late last year, Povetkin had surgery on his elbows. Earlier it was reported that he could hold the next fight on a date in May, possibly against Oleksandr Usyk, who was making his debut at heavyweight - but the deal never came together and now Usyk is facing Carlos Takam. 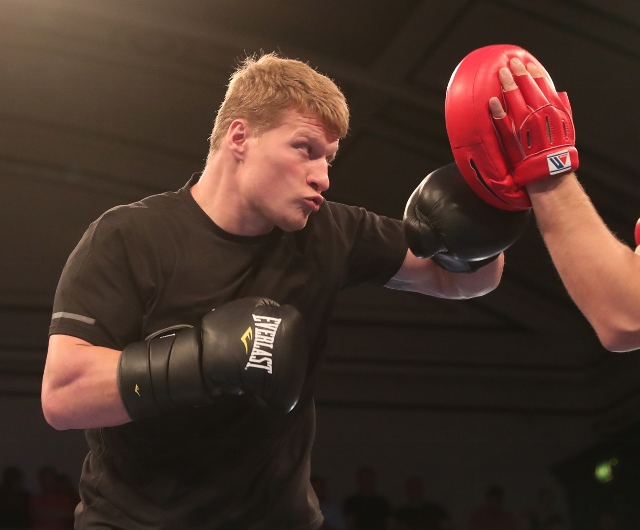 Povetkin did well in the early rounds, but he was eventually broken down and stopped in the seventh round. It was the first stoppage loss in Povetkin's career.

While there are some fans who believes the Russian veteran should retired from the sport, he wants to walk away from the ring on a very high note and not on the back of a knockout loss.

“I'm not thinking about the end of my career at this point. As I said, there is still a desire to continue and strength in my body. We’ll see how the body behaves, but I don’t plan to finish my career right now and I’m ready to start preparing for the next fight,” said Povetkin.

“I'm training, and I've practically recovered after elbow surgery. There was a lot of talks that I would fight with Usyk and I was interested in this fight. In time we will figure out our next move," Povetkin said.

Povetkin and Ortiz should be doing business together. That's a better fight than Parker

[QUOTE=bronx7;19703658]Amazing. Fights once a year if that and gets to cherry pick fights. Gets big names all the time. And also multiple dirties but they keep plugging him in top 7.[/QUOTE] I think you misread the title it says Povetkin…

he's got to there back in there though

Amazing. Fights once a year if that and gets to cherry pick fights. Gets big names all the time. And also multiple dirties but they keep plugging him in top 7.

[QUOTE=Ray*;19703611]Hasn't fought since september, he should be looking to do a fight in russia by now to get back in the mix.[/QUOTE] True, but apparently he has been constantly working out and staying in shape getting ready for the May…