Postol, a former WBC champion, has decision losses to Terence Crawford and Josh Taylor, and he`s now taking on an undefeated champion, who at age 27 which is nine years younger. But Postol is determined to excel in what could very well be his final opportunity for the title.

Oleg Ladik of promotional company Elite Boxing says - “Viktor is doing very well. He has been training all the way starting from day 1 of his first training camp for this fight. Of course he had to pause his camps due to the pandemic reasons.

“As always Viktor prepares thoroughly for the upcoming event and hopes it finally will take place on August 29th. Being a real professional means Viktor is capable of adapting to different situations and finding sensual solutions So he is looking forward to the fight and does everything with the careful guidance of his coaches and team to be at his very best on fight night!” 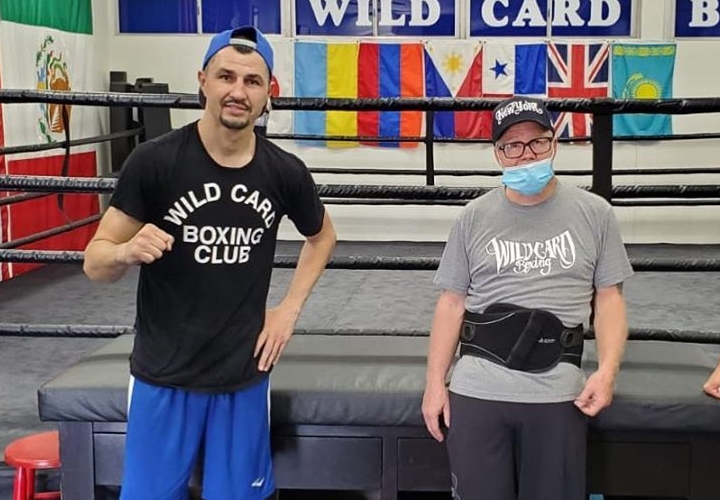 OTHER NEWS: The World Boxing Council has officially sanctioned a final eliminator between Russian cruiserweight fighters Ruslan Fayfer and Alexey Papin, in a bout that takes place on August 15 at the WoW Arena in Krasnaya Polyana, Russia.

Fayfer (25-1, 16 KOs) is a solid fighter who comes back from scoring a big victory over his previously undefeated compatriot Yuri Kashinskiy (18-0), last November. His only loss came by decision to Andrew Tabiti.

Papin (11-1, 10 KOs), rose to fame with a streak of knockouts that led him to face the now WBC cruiserweight champion, Ilunga Makabu, and he lost by majority decision in a great fight.

[quote]Viktor is capable of adapting to different situations and finding [B]sensual[/B] solutions...[/quote] This could turn him into a fan favorite. :dunno: