The triumph represented Porter’s third straight since falling to Thurman (28-0, 22 KOs) by “Fight Of The Year Caliber” unanimous decision in June 2016, comprised of a three-knockdown, ninth-round TKO of two-time champion Andre Berto (April 2017), a unanimous decision over Adrian Granados (November 2017) and the win over Garcia. 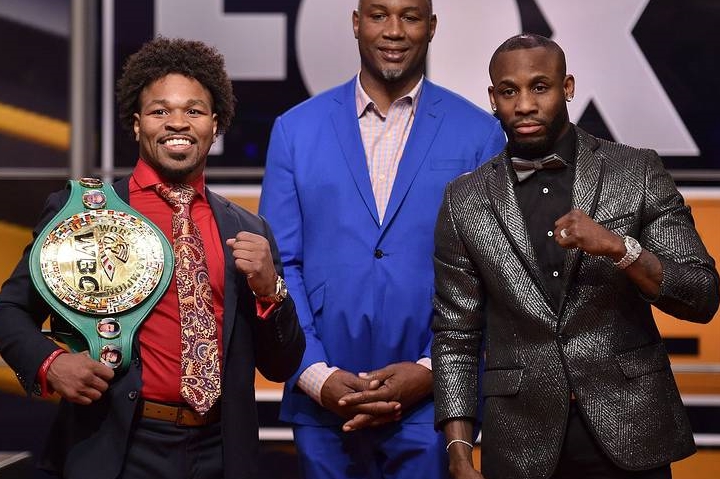 After defeating Garcia, he 31-year-old Porter had listed among his considerations – and his primary objective -- a unification against left-handed IBF counterpart Errol Spence Jr. (24-0, 21 KOs). But "The Triuth" will instead face four-division and reigning WBC lightweight champion Mikey Garcia (39-0, 30 KOs) on March 16 at the Dallas Cowboys’ AT&T Stadium in Arlington, Texas.

But Porter knows that if he is to get his desired shot at Spence, he will have to get beyond the 32-year-old Ugas (23-3, 11 KOs), who has won eight straight fights—four by knockout—while competing from 140-to-158 ½ pounds.

“For Errol to get into the ring with me after my fight and to say that he wants to fight me, I told him that it was an easy fight to make. But I have mandatories from the WBC, and Errol Spence does not fall into one of those mandatories.”

Porter won the IBF’s crown with a December 2013 unanimous decision that dethroned southpaw Devon Alexander, defended it with a two-knockdown, fourth-round stoppage of two-division titlist Paulie Malignaggi in April 2014, and lost it to Kell Brook by majority decision that August.

Porter is 5-1 with two knockouts since Brook, a run that includes rising from a 12th-round knockdown to secure a unanimous decision over four-division champion Adrien Broner in June 2015.

“For me, it’s not a matter of me wanting to go in a different direction it’s what happens right now. But the division is full of great champions, great fighters, great individuals, great athletes,” said Porter.

Ugas’ run including split- and unanimous decisions over Levan Ghvamichava and title challenger Thomas Dulorme in February and August 2017, and a unanimous decision over Cesars Miguel Barionuevo in his last fight in September.

Jamal James and southpaw Bryant Perrella were a combined 34-0 with 22 KOs before falling by unanimous decision and fourth-round stoppage in 2016 to Ugas, who won a 147-pound IBF eliminator in February when he stopped left-hander Ray Robinson in the seventh round.

[QUOTE=Bardamu;19275803]When does Crawford get a look in? Whenever he leaves Arum. Anyone that has followed boxing at all over the past 10-20 years, knows that Arum is notorious for not letting his best fighters fight anyone they might lose to…

[QUOTE=SteveM;19272757]I don't see anything ideal about that. Look how quickly Fury Wilder got made and even Spence Garcia is happening within 6 months of it first being mentioned. PBC is all about kicking the can down the road and making…

[QUOTE=j.razor;19273850]You don't deserve to talk about something you don't know like boxing.[/QUOTE] So you like Spence fighting a 135 guy?

This is the most obvious duck you'll ever see. Unification fights supersede mandatory fights. Judging by the WBC, they absolutely would've allowed Porter to fight Spence before a mandatory. Also, Ugas was not a mandatory challenger he was ranked 6th…

[QUOTE=JakeTheBoxer;19273595]There is zero excuse for fighting Mikey Garcia. Spence had an opportunity to fight Cotto when he was still active... Spence is a cherry picker. Since beating Brook he hasn`t done **** with his career.[/QUOTE] Agreeing to fight Cotto came…