WBC welterweight champion Shawn Porter (29-2-1, 17 KOs) is waiting to get word on the outcome of the ongoing negotiations for an ordered rematch with Keith Thurman, who holds the WBA title.

At their most recent convention, the World Boxing Council ordered Porter to make a mandatory defense against Thurman. 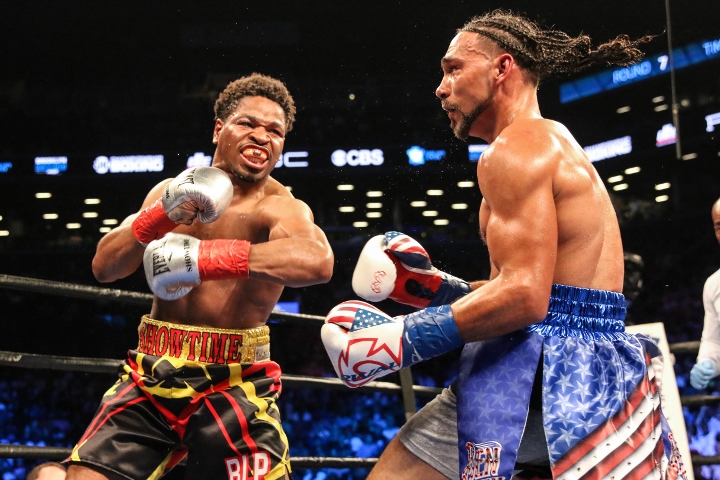 In the fight with Garcia, Thurman unified the WBC, WBA world titles.

Earlier this year, he vacated the WBC belt due to inactivity and pending mandatory obligations to both Garcia and Porter.

Once he vacated, the WBC ordered Garcia and Porter to face each other for the vacant world title - which took place in September and saw Porter walk away with a twelve round unanimous decision win.

At the WBC's recent convention, they ordered Porter to make back to back mandatory defenses - with the first coming against Thurman, who requested a rematch through the sanctioning body.

The request was unexpected, because for several months Thurman had been mentioning the scenario of doing a much easier fight in order to explore if his injuries properly healed.

Thurman won a close twelve round decision over Porter in 2016.

"Right now the mandatory is Keith Thurman and I know the negotiations got underway about three weeks ago and we should know really soon, whether it is going to happen and where it will take place," Porter exclusively told Sky Sports.

"He wants the fight. I know for a while he said he wanted a comeback fight and now he's saying he wants to fight me and accept the mandatory challenge. The best thing I can do is wait for it, get ready for confirmation on that fight, then get working and get ready for it.

"This is what being a champion is. Look at the NBA; Golden State Warriors won the championship and they get to pick who they want to play against in the championship the following year and it happened to be the same team they beat the previous year. This is the sport we're in. If you want to be the best you have to go and get the best and that's what I am going to do."

Showtime Shawn got this

[QUOTE=KnickTillDeaTh;19244280]Yeah the belt situations are ridiculous. I was just pointing out that fighters often have legit reasons to not fight each other. In this case Spence is using a few things. Crawfords lack of resume at the weight, his being…

[QUOTE=JWHardin;19244034]I have heard both Crawford and Spence say basically the same thing, both admitting that it will happen, but not yet. Imo if Crawford wanted the fight immediately, he wouldn't have re-signed with Top Rank/ESPN right away. I'll criticize both…

[QUOTE=KnickTillDeaTh;19243408]Thanks for the link, by the way this was after Thurman won his WBA title, curiously Spence didn't want to fight Thurman before he won the title huh. So you think after only fighting 3 years professionally, and having no…