Porter: There Will Be a Moment When Spence Realizes He's Lost!

WBC welterweight champion Shawn Porter is less than a week away from his unification with undefeated Errol Spence, who holds the IBF world title.

The two beltholders will collide this coming Saturday night, at the Staples Center in Los Angeles, California.

Spence is coming off a one-sided twelve round unanimous decision win over Mikey Garcia, who was moving up by two weight divisions. 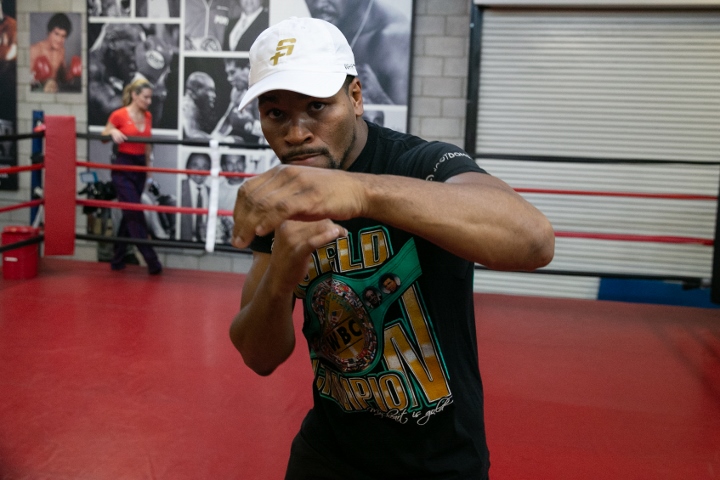 Porter won four bouts in a row since his last defeat, including a tough split decision victory over Yordenis Ugas back in March.

Porter is the better underdog, with most experts siding with Spence to win the contest.

"I think Errol's confidence is natural like mine. But I think that he's fed his confidence to the point where some arrogance has come out. I think he's going to show that in the fight early on. He's going to have to adjust. Once he recognizes that, I expect the arrogance to go out the window and that he'll have to figure it out.

"I've never seen Errol go through any adversity in the ring. I don't think anyone has been able to challenge him the way I can challenge him. I'm really looking forward to it. I don't think there's too much to figure out with Errol. The game plan is to make him make the adjustments. Things don't always go to plan, but I still think I know what he wants to do in there. He's not going to give you a lot to adjust to, but what he does do, he's supreme and he's great at."

Porter isn’t winning or stopping Spence. He is either dreaming or a great promoter at best. Styles make fights and if Porter comes straight at Spence, easy pickings for Spence. He is a very accurate puncher, especially to the body.…

Always like Porter and the way he competes. We know for sure he’s going to not be afraid to engage with Spence and will try and make the fight uncomfortable. I hope Porter wins but I think Spence will be…

[QUOTE=boliodogs;20076946]If you really believe that and don't mind risking some money you should bet on Porter. If Porter wins you get back around 7 dollars for every dollar you bet. I think Porter has almost no chance to win. Spence…

[QUOTE=lowblows420;20076782]I smell upset Porter is running over Spence in 10[/QUOTE]If you really believe that and don't mind risking some money you should bet on Porter. If Porter wins you get back around 7 dollars for every dollar you bet. I…

Porter seems to be the one doing all the talking. He sounds like the guy who really thinks he will lose and is trying to convince himself he will win. Spence has the quiet confidence of a fighter who knows…