Shawn Porter knows better than to look past his next fight but his role as a Fox Sports boxing analyst provides him the benefit of scouting the entire schedule.

The reigning welterweight titlist will be on hand for the entirety of the July 20 Fox Sports Pay-Per-View show at MGM Grand in Las Vegas, Nev., but it’s the title eliminator between Yordenis Ugas and unbeaten Omar Figueroa that will command Porter’s attention.

It’s not that Porter expects the bout to steal the show from any of the other welterweight action on the night—particularly the headliner between unbeaten titlist Keith Thurman and former eight-division titlist Manny Pacquiao. More so, he knows that as long as he has his current title in tow, a date with the winner will be in his future.

“Of course, the winner gets to be the WBC mandatory challenger,” noted Porter, the reigning WBC 147-pound titlist, while breaking down the matchup during a recent edition of Inside PBC Boxing. “I’m sure that Yordenis wants to get back into that position.” 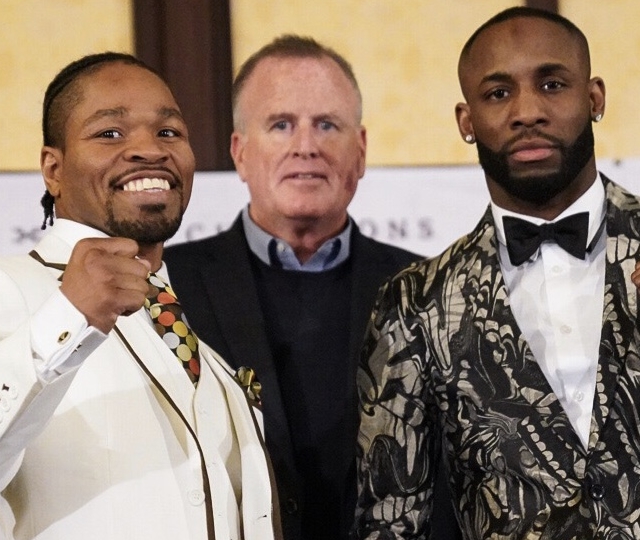 Porter recently turned away the challenge of Ugas in their mandatory title fight, claiming a hard fought 12-round decision this past March. The win marked his first successful defense, paving the way for a long-discussed unification bout versus unbeaten titlist Errol Spence which is due to take place sometime this fall.

Awaiting the winner will be whomever prevails between Ugas (23-4, 11KOs)-a resurgent welterweight contender from Las Vegas by way of Cuba—and Figueroa (28-0-1, 19KOs), a former lightweight titlist whom has struggled to find his way since moving up in weight.

Porter’s own win versus Ugas was tough to watch at time, a sort of entertainingly ugly affair as both have been known to produce stinkers and their styles not meshing very well. Still, Ugas enjoys a considerable size advantage over the shorter but quicker Figueroa, who is rarely in a bad fight.

The unbeaten Texan enters the eliminator on the heels of a 10-round win over John Molina Jr. this past February. He’s won three straight at (or above) welterweight, his third weight division as a pro and looking at his best at the weight in a July 2017 knockout win over Robert Guerrero.

Still, none of his fights since moving up from lightweight have suggested he can return to the title stage. That sentiment is shared by one of his main targets.

“I think this is another fight where both guys will come forward, and whoever wants it the most wins. I think that Yordenis Ugas is gonna win,” Porter believes. “I think coming off of a fight versus me, he’s not only learned a lot but I think it’s made him more ready for a moment like this.

“ Look for Yordenis Ugas to be very, very powerful, go to the body and also for Omar to try to pin him down with his fast hands. But look for (Ugas) to win this one.”

[QUOTE=Crying Brandon;19894939]Shawn gassing up a fighter he clearly didn't defeat just to inflate his own damn ego. Figueroa stops Ugas & Spence knocks out Porter.[/QUOTE]So omar went the distance. No KO.

[QUOTE=Kannabis Kid;19908560]Where did I say that? Just said if Omar is healthy he can cause problems for Ugas who has lost before and been hurt but he is a talented boxer I thought he beat Porter and if he beat…

[QUOTE=garfios;19904856]So it doesn't matter what Ugas does. All depends on which omar's shows up.[/QUOTE] Where did I say that? Just said if Omar is healthy he can cause problems for Ugas who has lost before and been hurt but he…

[QUOTE=Kannabis Kid;19892385]Ugas beat Porter so of course he is going to say he will beat Figueroa but all I can say is this fight might be closer than people think lets not forget Ugas struggled against Dulorme who although has…