Porter: Spence In Trouble; Knows He’s Up Against A Lot

Porter suspects Spence knows that their 12-round fight will be far harder than odd-makers and many fans figure it’ll turn out September 28 at Staples Center in Los Angeles. Spence is regularly listed as a 10-1 favorite versus Porter, who has lost only a majority decision to Kell Brook and a close unanimous decision to Keith Thurman.

“I think that there’s more than just [my physical style] in his mind when it comes to fighting me,” Porter said Tuesday during a conference call. “He knows he’s up against a lot. I think that those certain things he’s trying to be aware of, or make the referee aware of, I think that’s a mistake on his behalf. I think he may be looking at those things and overlooking other things, like my skill and my talent, and my speed and my quickness, and my boxing ability, you know? So, I think he’s in trouble and I think it’s only a matter of time before the world finds out.” 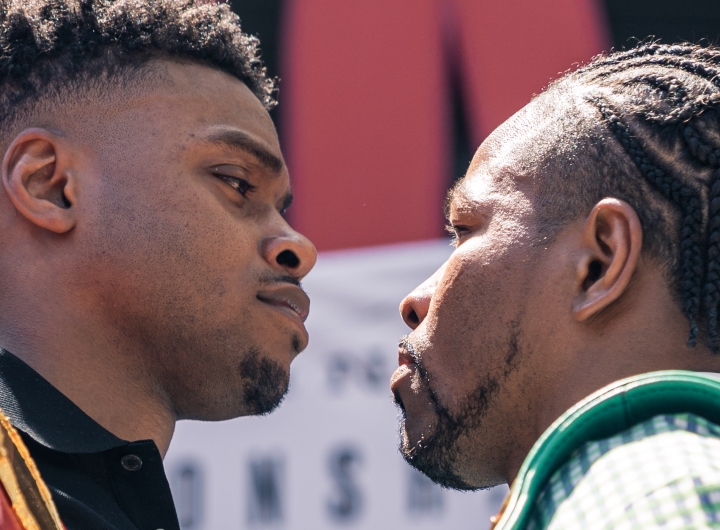 Spence repeatedly has predicted that he’ll become the first opponent to knock out Porter since the WBC welterweight champion made his pro debut in October 2008. Porter responded by stating Spence sounds as if he is trying to convince himself he can stop Porter inside the distance.

Porter stopped short of predicting that he’ll actually win their bout by knockout, but he thinks that’s a plausible result, too.

“If you’re asking me if I am gonna knock him out, or if I wanna knock him out? Heck, yeah,” Porter said. “Do I have what it takes? Heck, yeah. And I think that we’ve come up with a great game plan, and we definitely at some point will be looking at pressuring him and knocking him out.”

Actually I agree with what you said in your list of why Spence is the better fighter. Also I am a gambling man and all the ways I figure Porter could win, I would bet doesn't happen. As for king…

[QUOTE=boliodogs;20077187]Porter is doing all the talking. Every headline is Porter saying he will win. He sounds like a guy afraid of losing and trying to convince himself he will win. Spence has the quiet confidence of a fighter who knows…

If Porter hits the upset on Saturday I will come here first thing Sunday morning to read the comments , Can't do it that same night because I know the forum will crash from all the traffic coming in

[QUOTE=boliodogs;20077159]You are one of the worst judges of boxing talent on here. You are always wrong except about Canelo. The only thing I would mark about your words is you picking Porter is just more proof that Spence will win.[/QUOTE]…