Now that Shawn Porter has beaten Sebastian Formella in their IBF/WBC elimination match, the former IBF and WBC welterweight champion can’t see any reason he shouldn’t become the mandatory challenger for the winner of the upcoming Errol Spence Jr.-Danny Garcia fight.

“I’m looking forward to a championship fight after [defeating Formella],” Porter told BoxingScene.com. “As we all know, Formella was not in my plans. But I did what I had to do to do what I wanna do. What I want is to fight for a world title. As far as I know, there should be two titles on the line [in my next fight].” 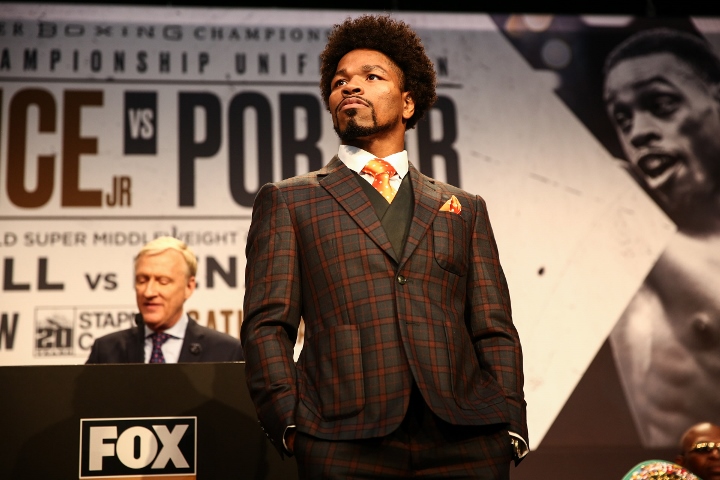 Porter is ranked first among the WBC’s welterweight contenders. He is rated ninth by the IBF, one spot behind Formella, but that obviously will change when the IBF next releases rankings.

“I’m looking to become the mandatory for the WBC and the IBF titles,” Porter said. “Right now, that would be the winner of Danny Garcia and Errol Spence Jr.”

Porter isn’t sure whether Spence or Garcia will win their fight for Spence’s IBF and WBC titles November 21. That’ll depend, according to Porter, whether Spence is the same fighter after suffering cuts, bruises and dental damage in a one-car accident 10 months ago in Dallas that left him hospitalized.

Regardless, Porter just wants a chance to win back the two titles he once owned.

“When I fought Danny for the WBC title, it was about the WBC title,” Porter said. “It wasn’t about Danny. It didn’t have anything to do with anything except that I wanted to become a champion again. I think that could be the same thing this time around. I don’t think it matters who the opponent is. I think more so, it’s about becoming a champion again and having that title again is what I’m after.”

[QUOTE=MONGOOSE66;20727549]I like Porter and all but I dont want to see the exact same performance he always gives. Maybe against Crawford just to see if Crawford can deal with him.[/QUOTE] I agree with you 100%!! As Adrien Broner said, and…

[QUOTE=SplitSecond;20728195]Swift lost once already to Porter. Plenty to gain there.[/QUOTE] [QUOTE=champion4ever;20728498]That's your opinion but if he defeats Erroll Spence, Jr Danny Garcia is vacating the titles and moving up to the Junior middleweight division.[/QUOTE] I gotta disagree with both. If…

[QUOTE=FLY TY;20727825]If Shawn Porter was really interested in fighting for a belt, he would've fought Crawford, instead of fighting a nobody, then waiting in line hoping to become a mandatory. Whoever wins in November will be looking for Manny, then…

[QUOTE=Silver Spear;20727848]Makes sense. I was confused by the first part of the article that says "Now that Shawn Porter has beaten Sebastian Formella in their [B]IBF/WBC elimination match[/B], the former IBF and WBC welterweight champion can’t see any reason he…