WBA Welterweight World Champion Yordenis Ugas was honored with the “Key to the City” of Miami by Mayor Francis Suarez this afternoon during a ceremony at Mayor Suarez’s office. (photos by Lester Silva)

Ugas defeated legendary eight-division world champion and Philippine Senator Manny “Pacman” Pacquiao on August 21, 2021, to retain his title in a fight viewed by millions around the world. 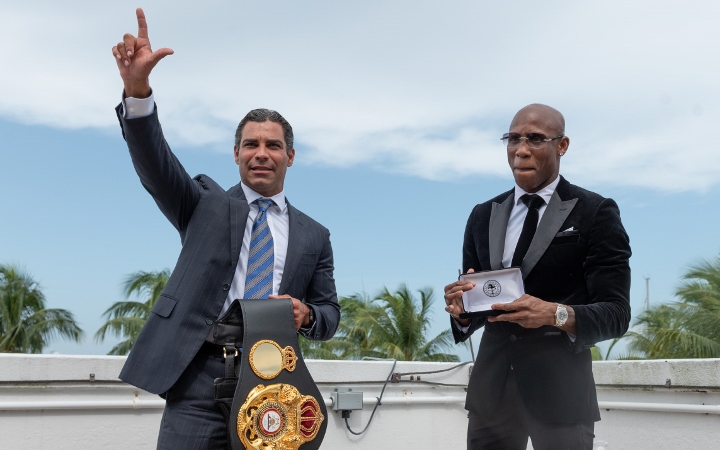 “Ugas could have used that platform to talk about himself,” said Mayor Suarez. “Instead, he highlighted the oppression, the brutal dictatorship in Cuba. That’s something that we have to be eternally grateful for.

“He is more, in that sense, an activist than he is a fighter. And I think that’s really impressive. I knew at that moment that I had to invite him and give him the key to the city. He earned it.” 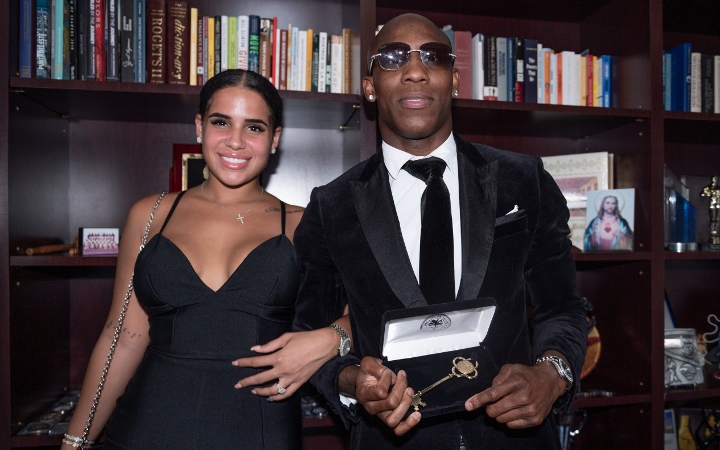 “It brings me great joy that I was presented with the Key to the City of Miami by Mayor Suarez,” said Ugas. “I had a great victory against a boxing legend like Manny Pacquiao and I was able to bring attention to the oppression my people back home in Cuba are dealing with.

“I will always fight for freedom, not only for my countrymen in Cuba, but those being oppressed all over the world. I’m grateful to all my fans who have been with me from the beginning. Today was a great day from me and I will forever be thankful.” 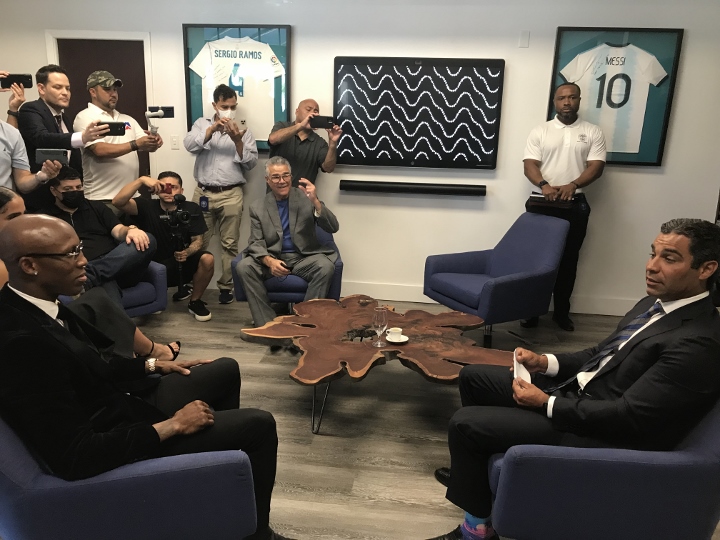 Ugás joins a select club of elite athletes that have received this distinction in South Florida, making his place among luminaries and past recipients such as Florida Marlins pitcher and World Series champion Livan Hernández, NBA Champions Dwyane Wade and Shaquille O´Neal, global music superstars Shakira and Jennifer López, and actor Will Smith among others that have been honored through the years. 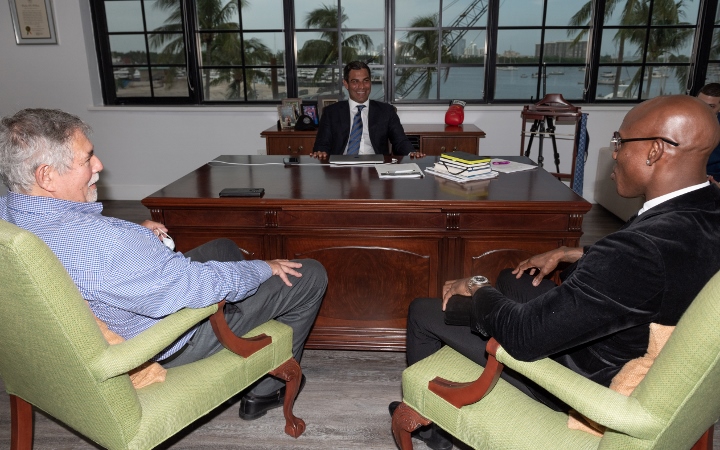 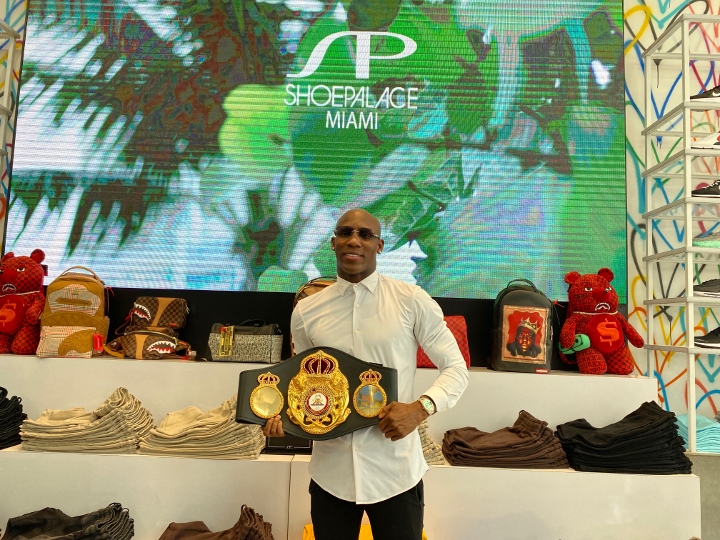 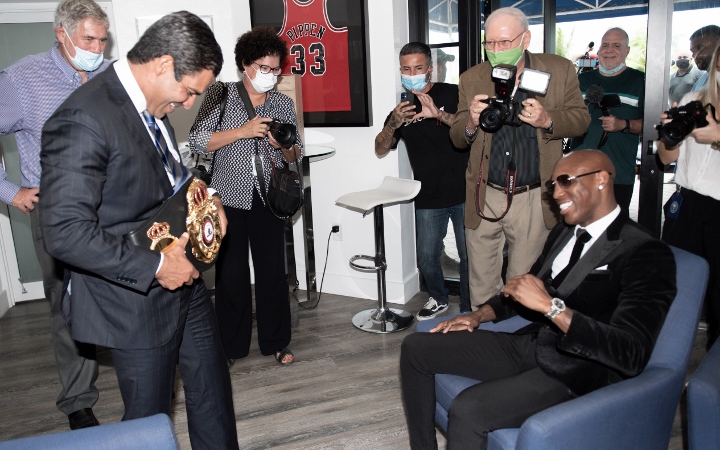 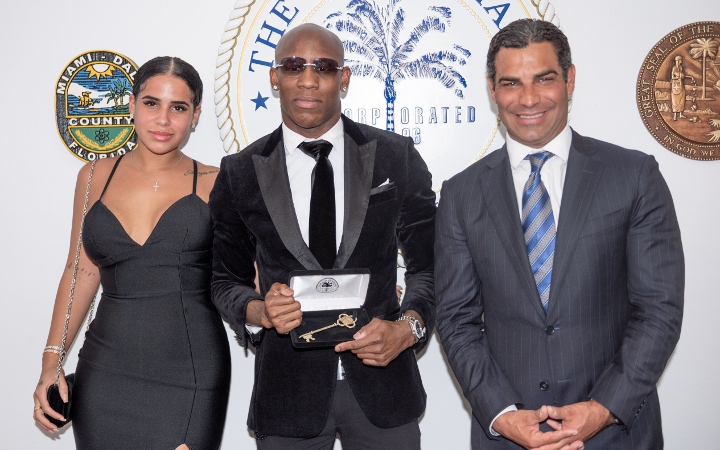 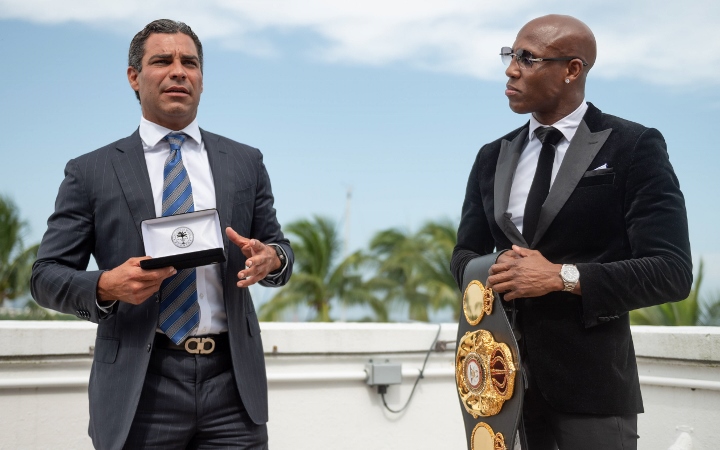 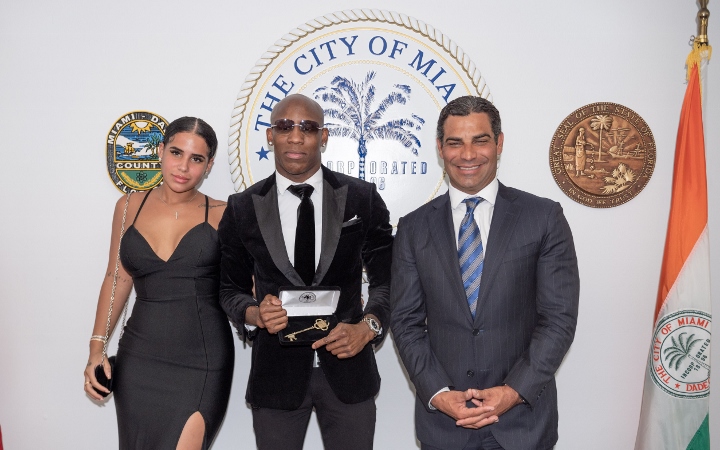 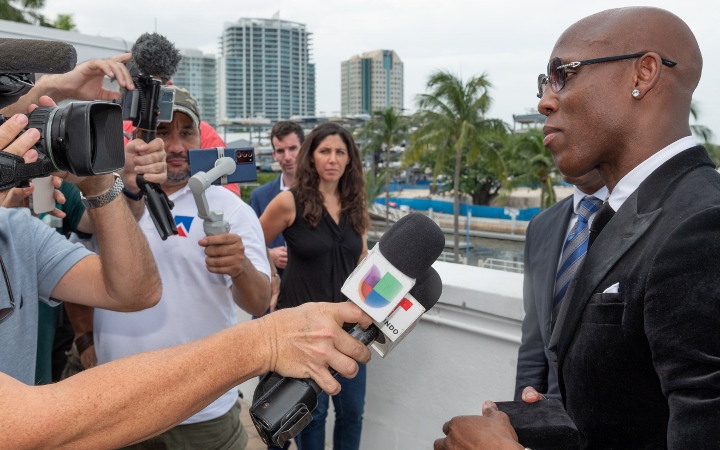 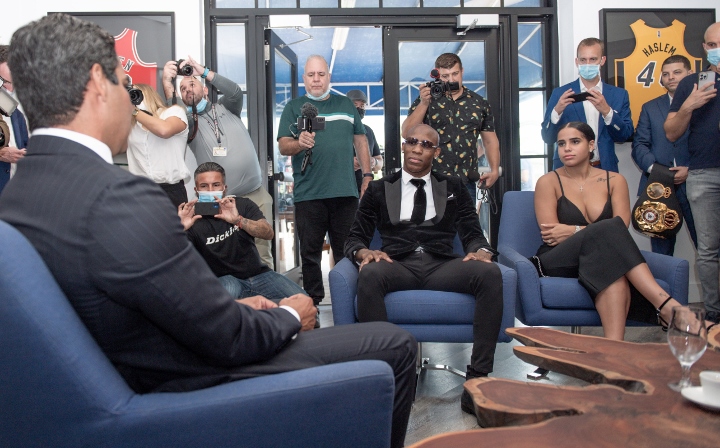 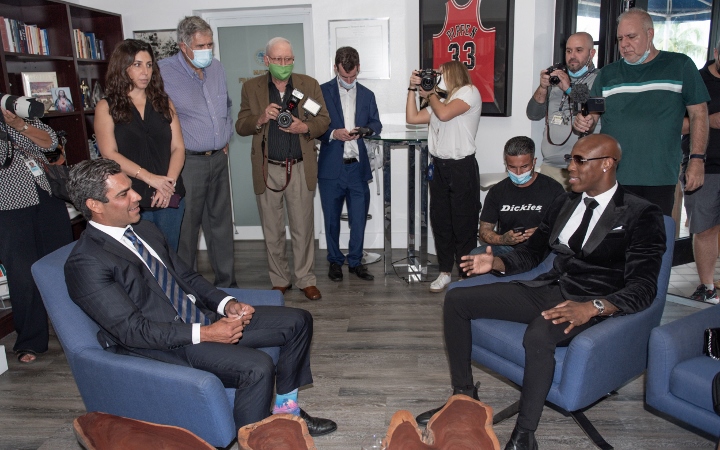 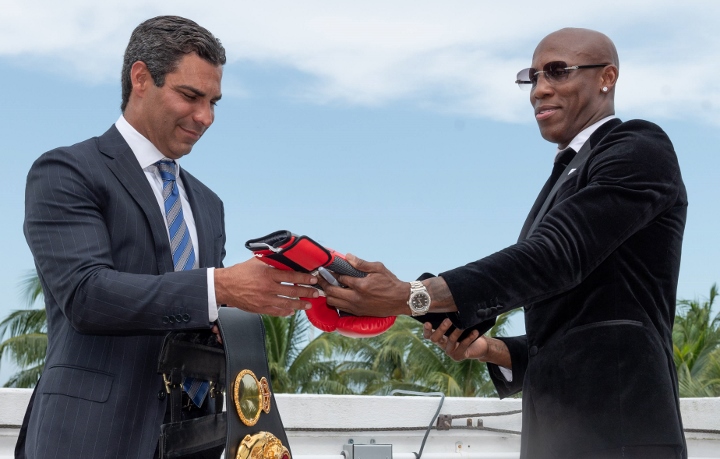 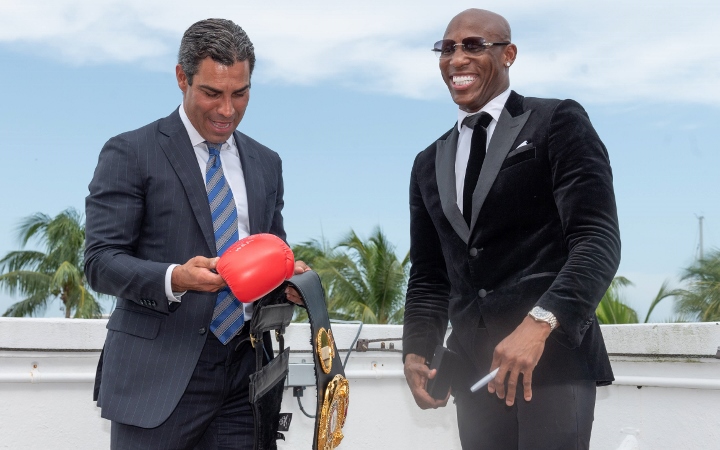 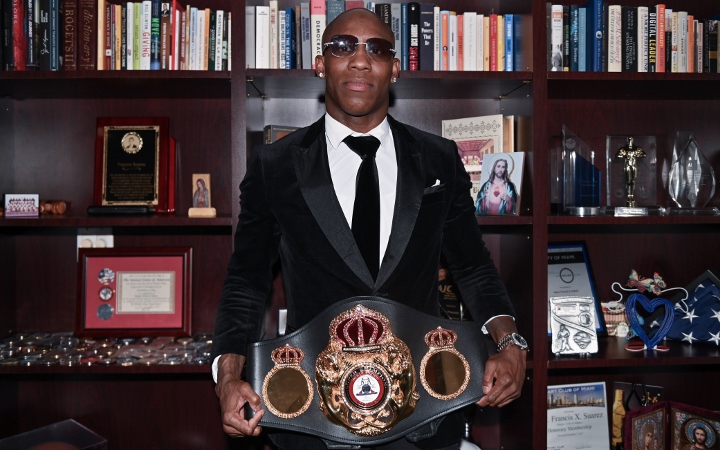 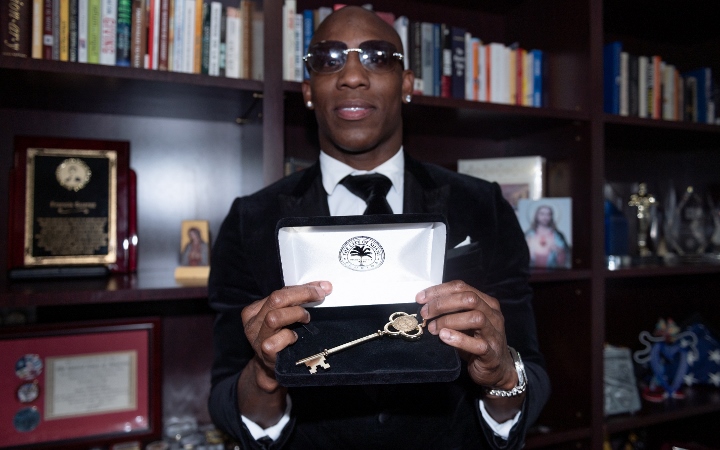 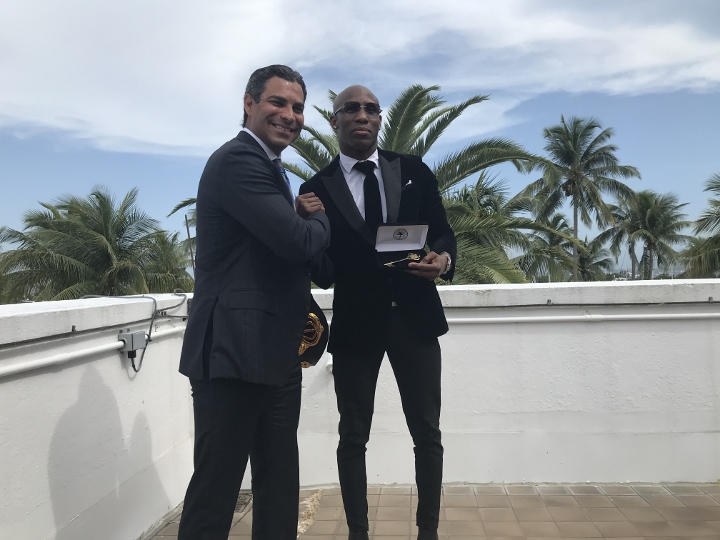 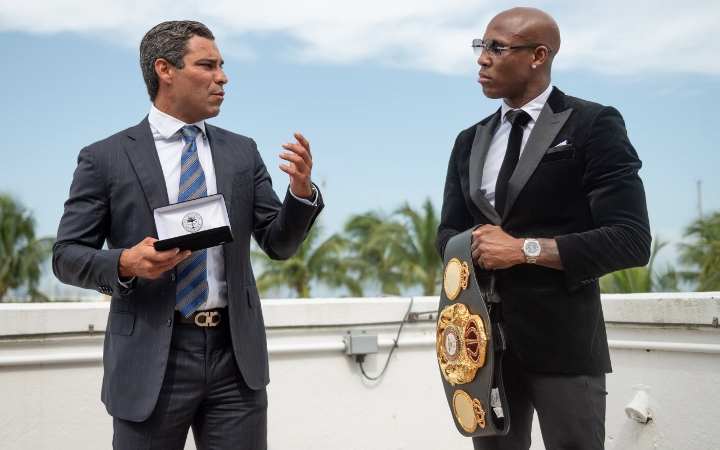 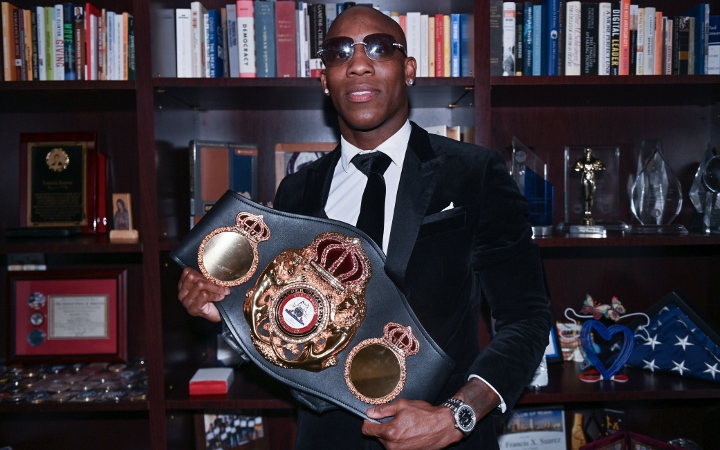 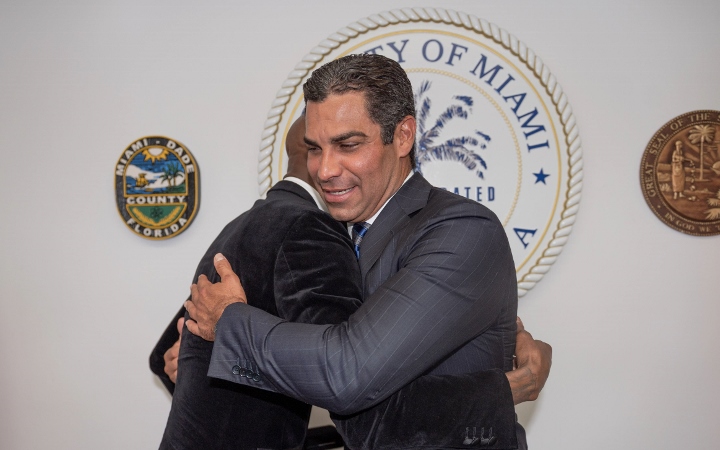 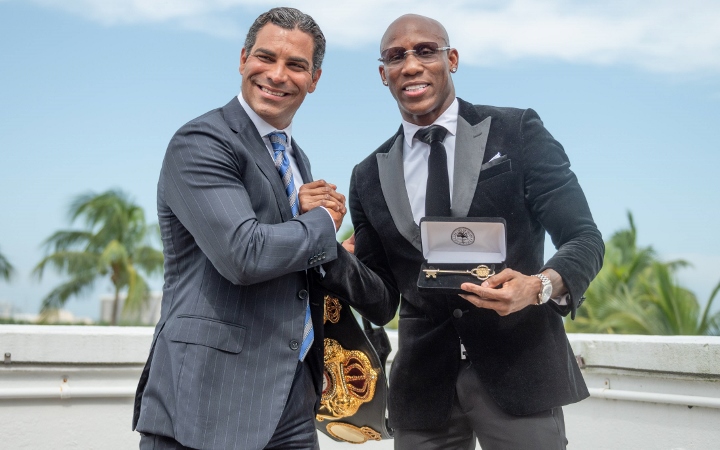 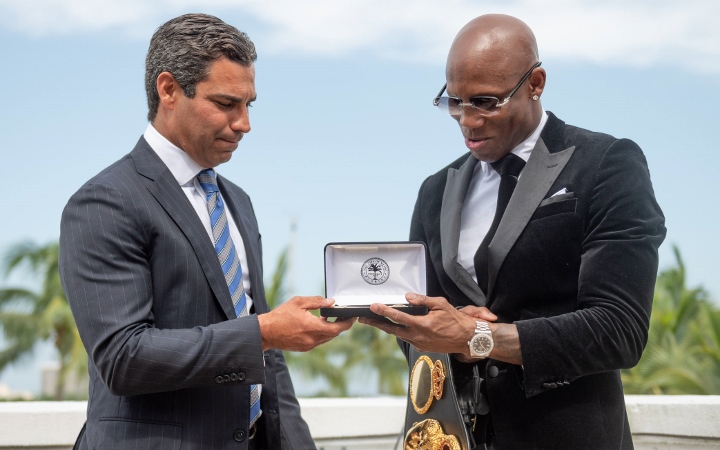 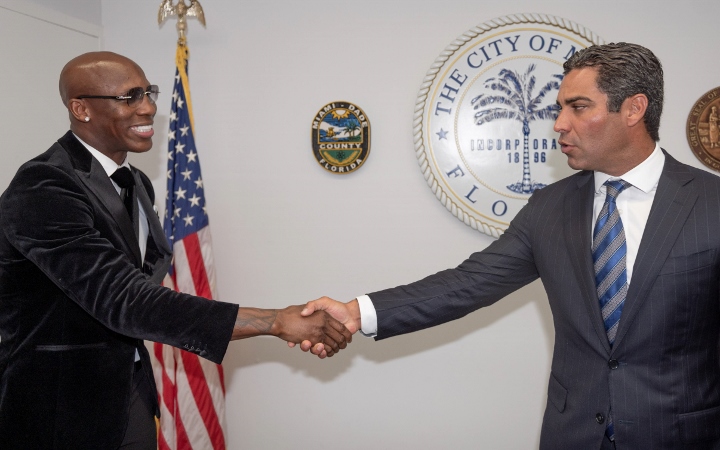 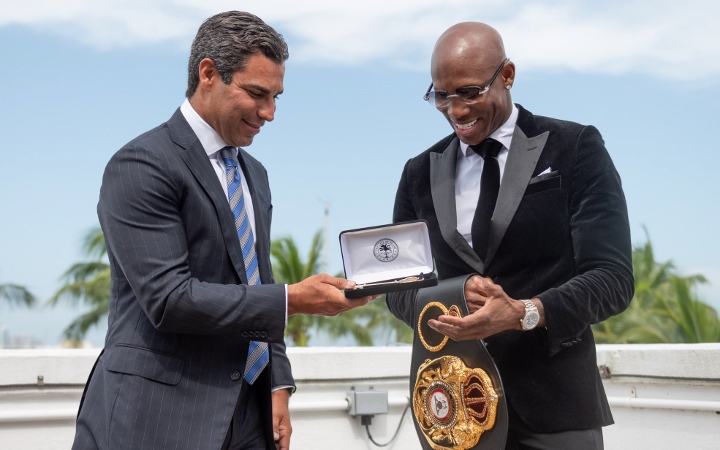 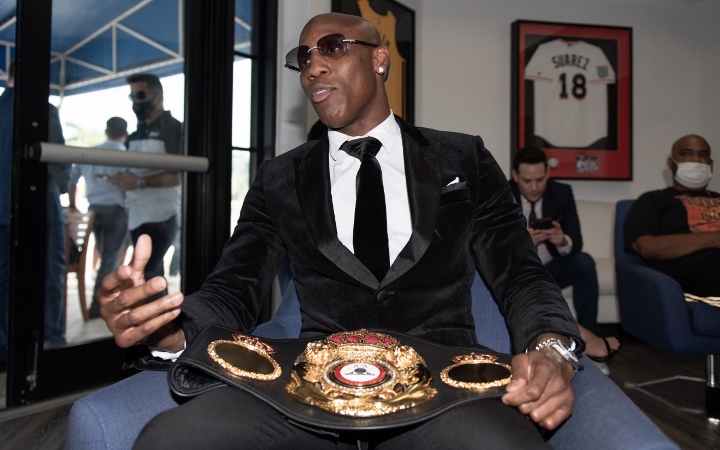 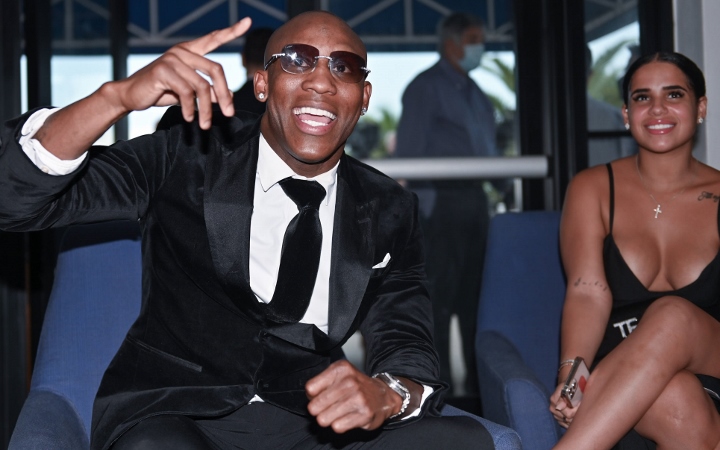