Seminole Hard Rock Hotel and Casino, Hollywood - Former UFC champion Vitor Belfort (1-0, 1 KO) pulled off an upset, even with age disparity, when he stopped a 58-year-old former undisputed cruiserweight and heavyweight champion Evander Holyfield (44-10-2, 29 KOs) in the first round. (photos by Amanda Westcott)

It was not clear if the fight was a fully sanctioned contest or an exhibition. 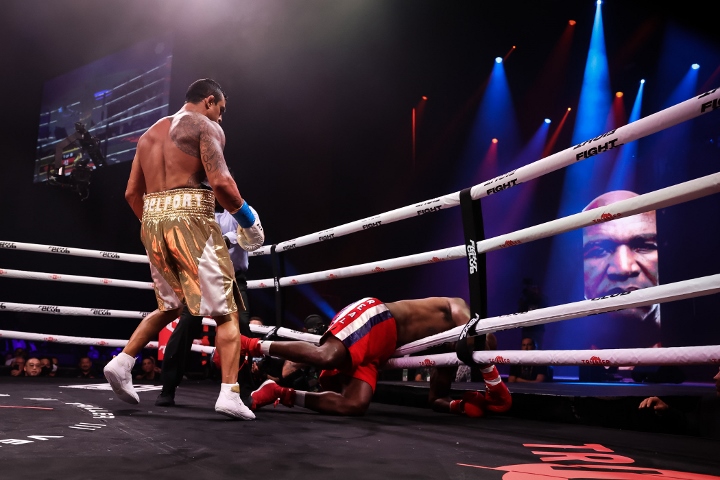 Holyfield was fighting for the first time since 2011. He accepted the fight on late notice after Belfort's original opponent, Oscar De La Hoya, withdrew after testing positive for COVID-19. 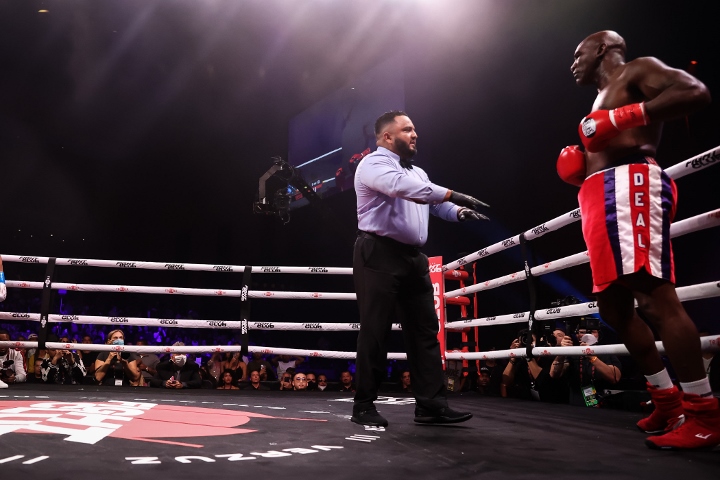 Holyfield was scheduled to fight since last year, but his scheduled bouts were pushed back due to issues outside of his control. 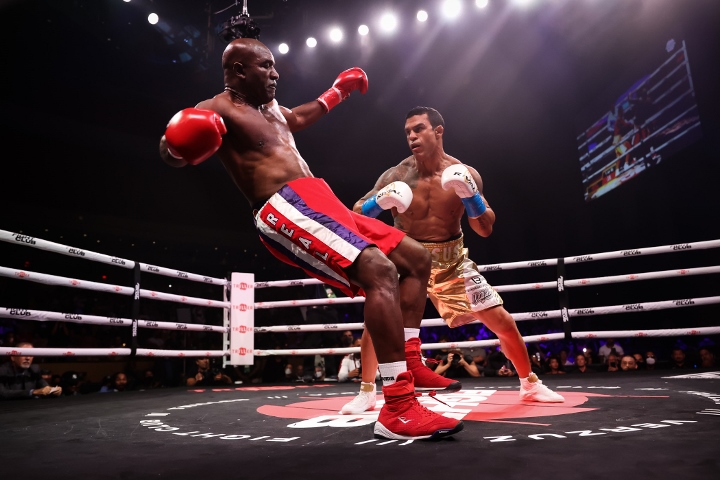 When the fight  began, Holyfield was coming forward, using his jab as a range finder. Belfort went after Holyfield and managed to score a knockdown when he landed a combination. Belfort jumped on him with punches from both hands and the fight was waved off, as Holyfield was not punching back and the referee jumped in. 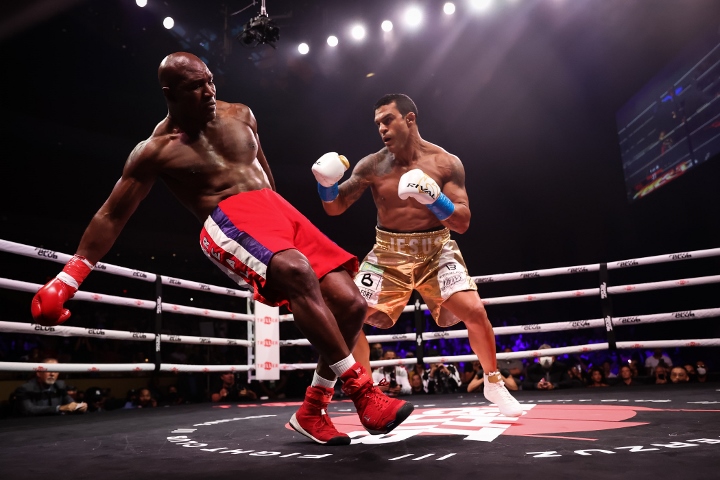 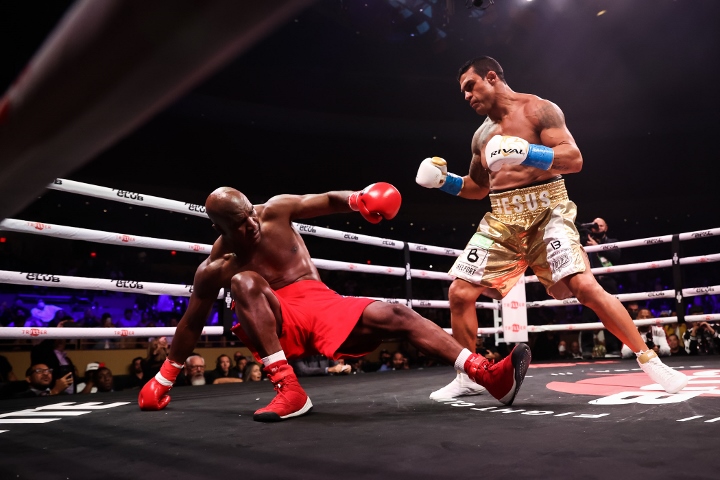 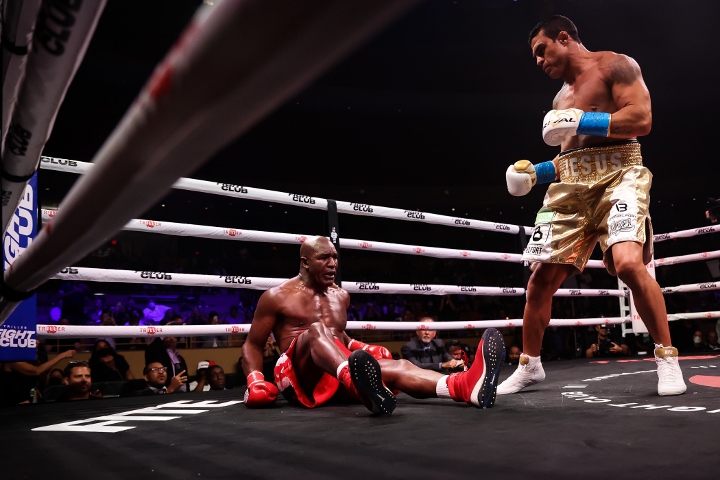 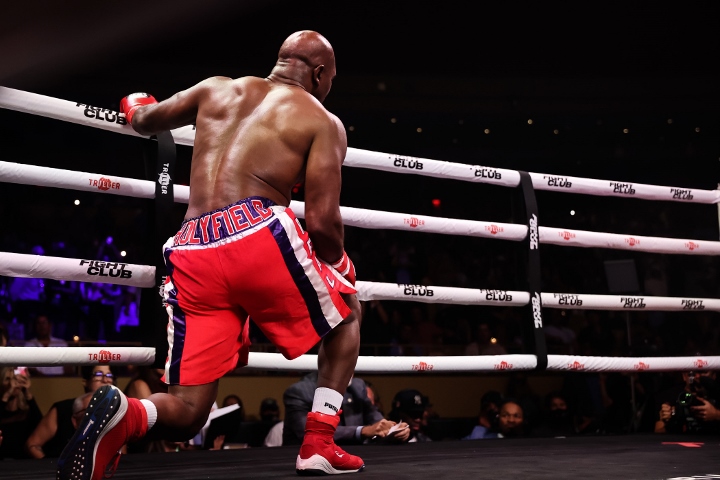 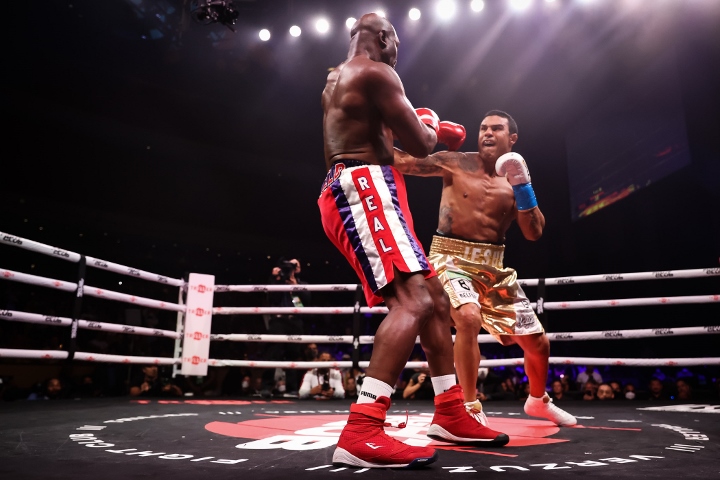 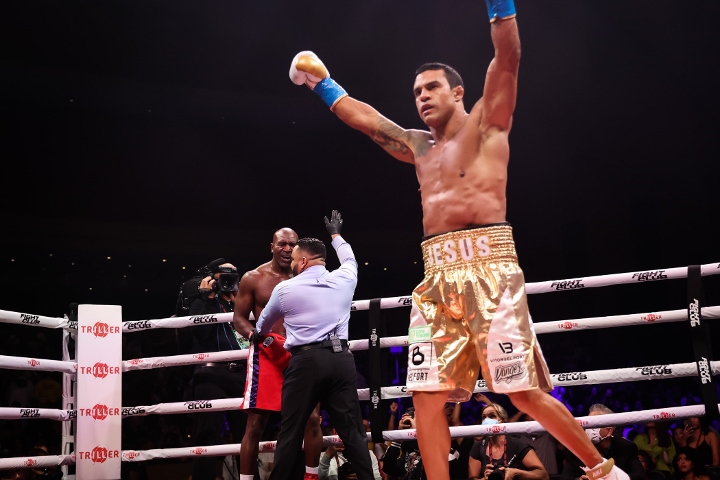 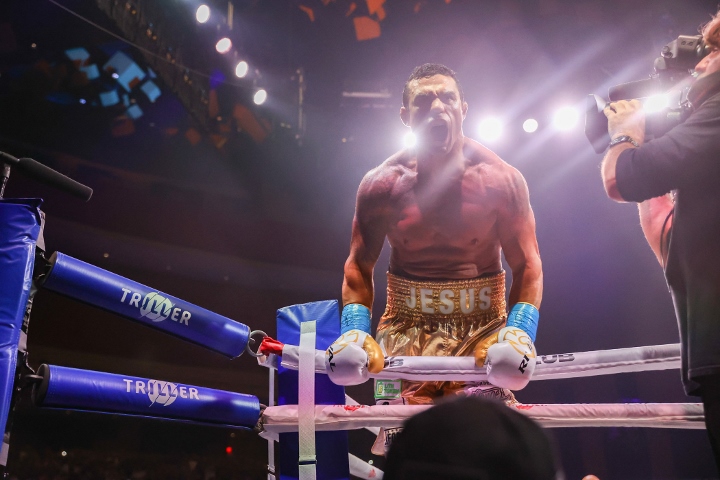 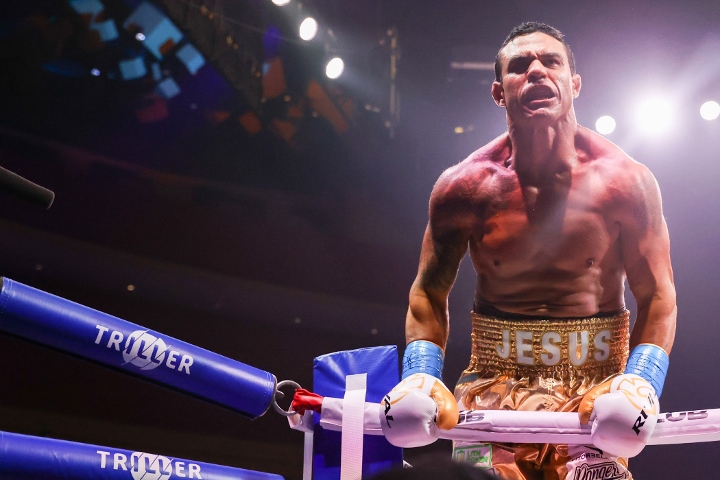 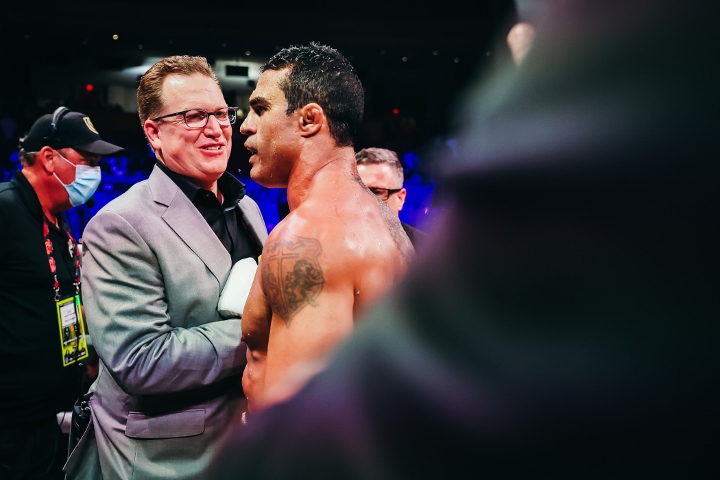 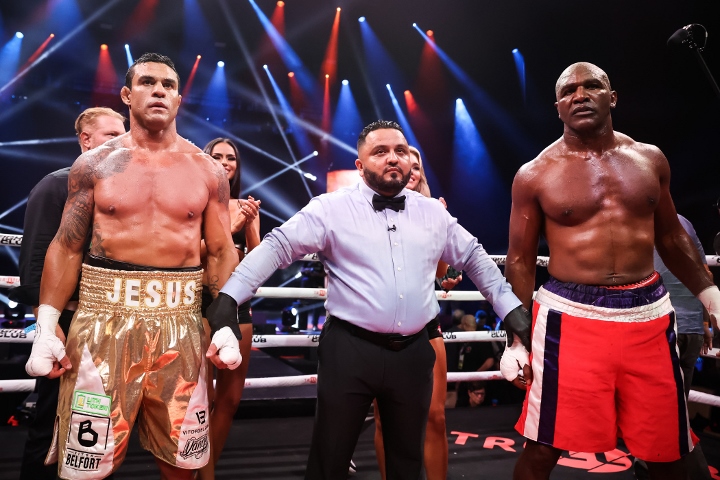 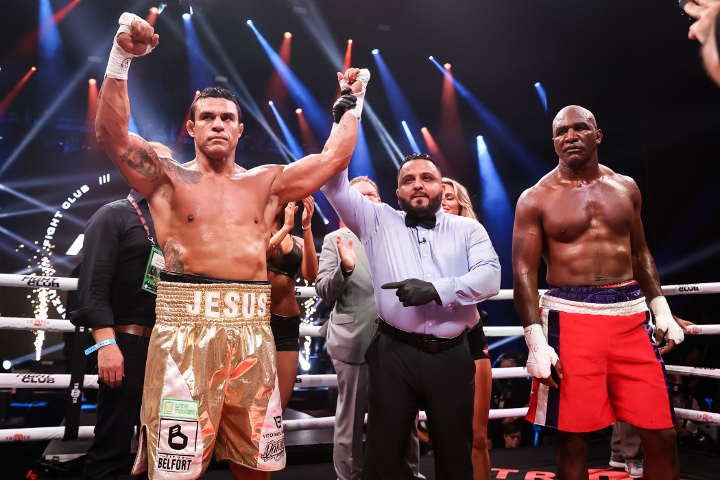 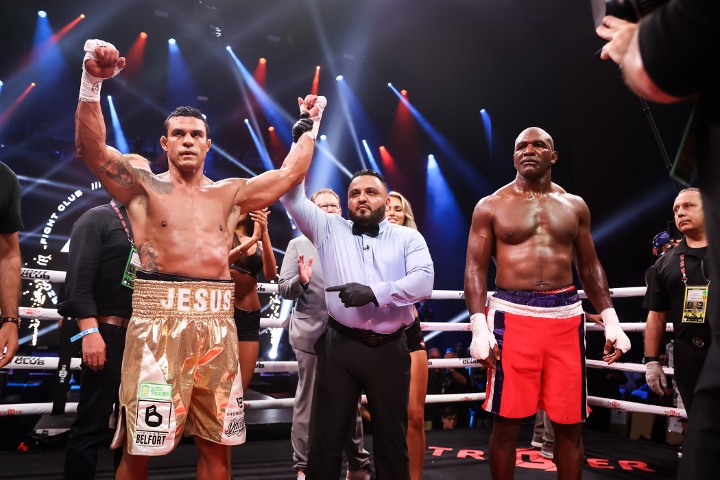 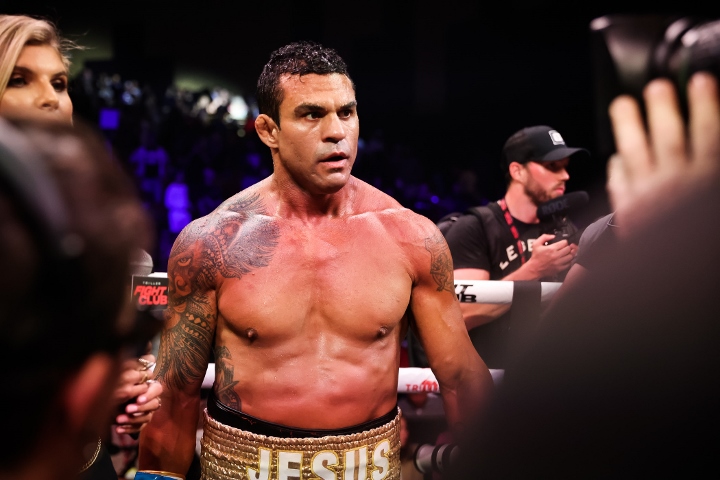 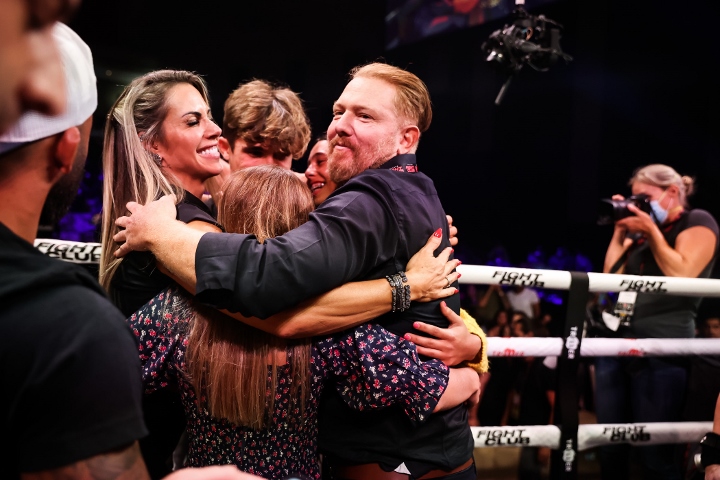 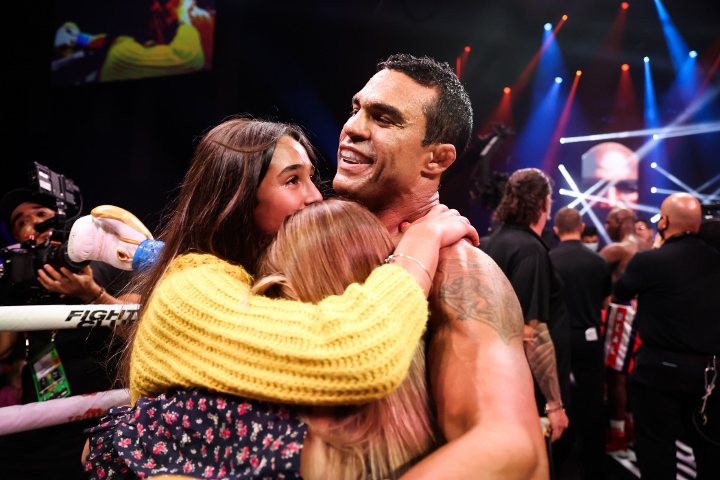 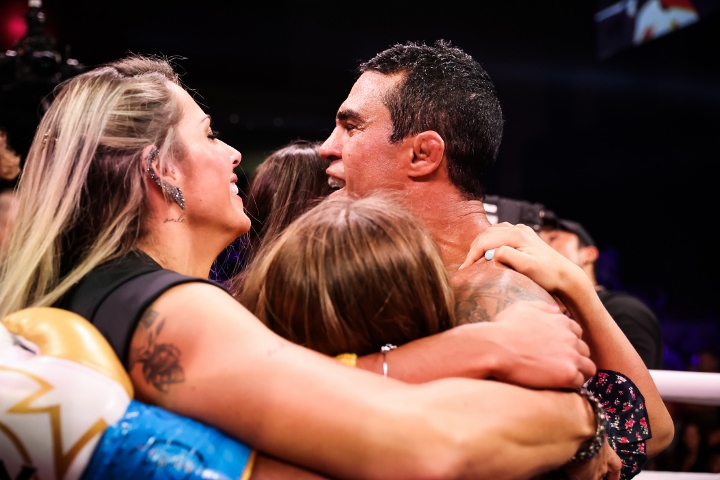