Enrique Tinoco (18-5-4, 13 KOs) showed no signs of his weight struggles, when he blasted out rising featherweight prospect Jordan Gill (23-1, 7 KOs), to shock the entire crowd at the Nottingham Arena in Nottingham. (photos by Mark Robinson). 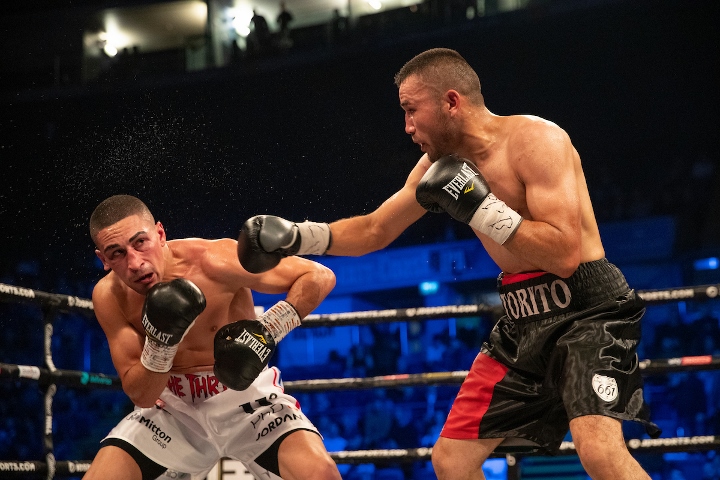 On Friday, Tinoco struggled on the scale to make weight for this contest.

In the fight, he scored three knockdowns to stop Gill after eight rounds of action. This was Tinoco's first bout at featherweight since March 2015 and the victory gives him the WBA International featherweight title. 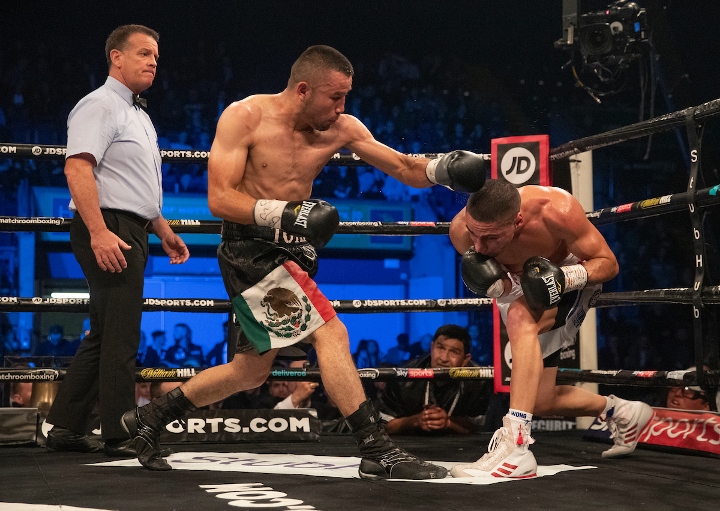 Coming in, Gill has been blasting out the competition with three stoppage victories. He knocked out Emmanuel Dominguez in three rounds back in March. 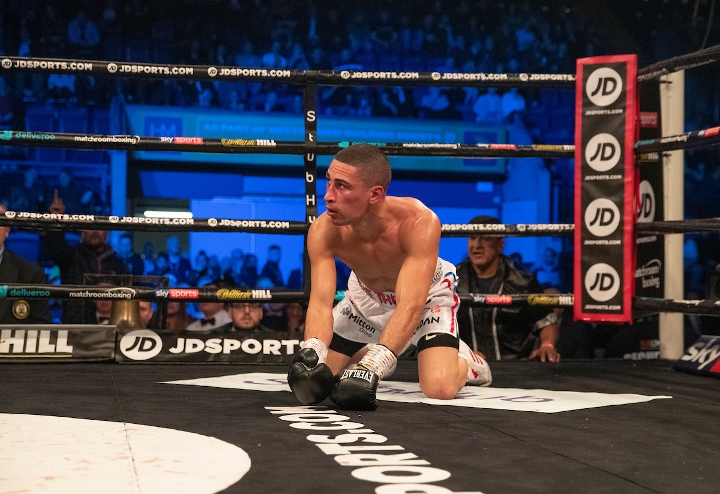 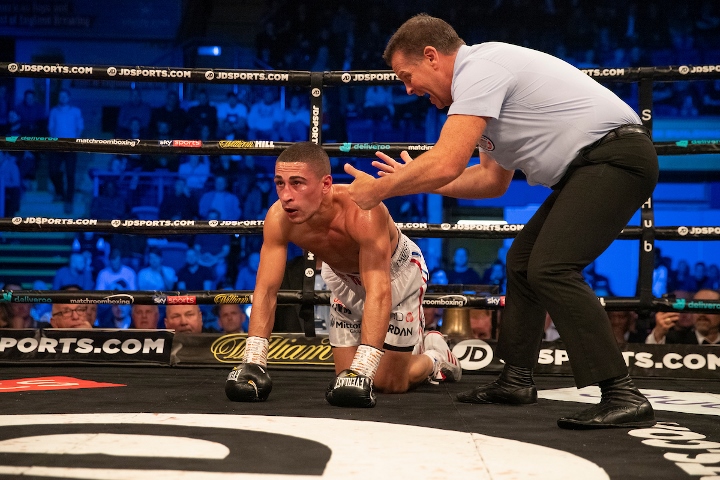 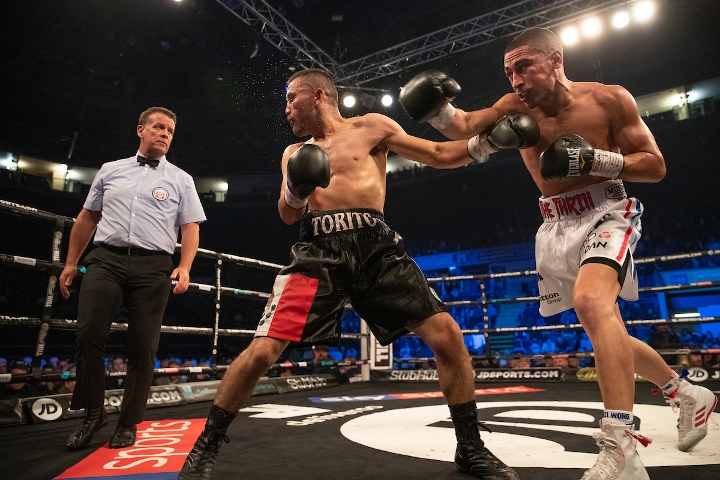 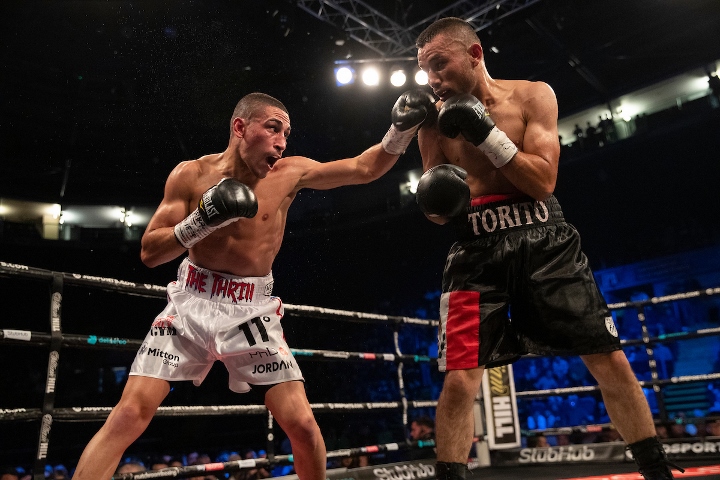 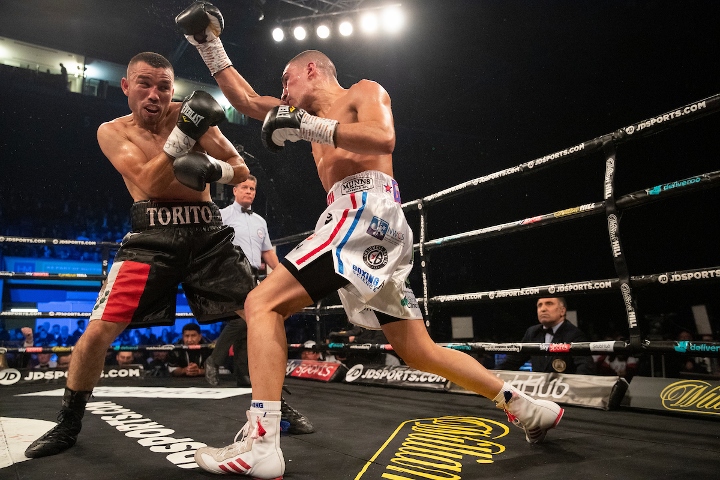 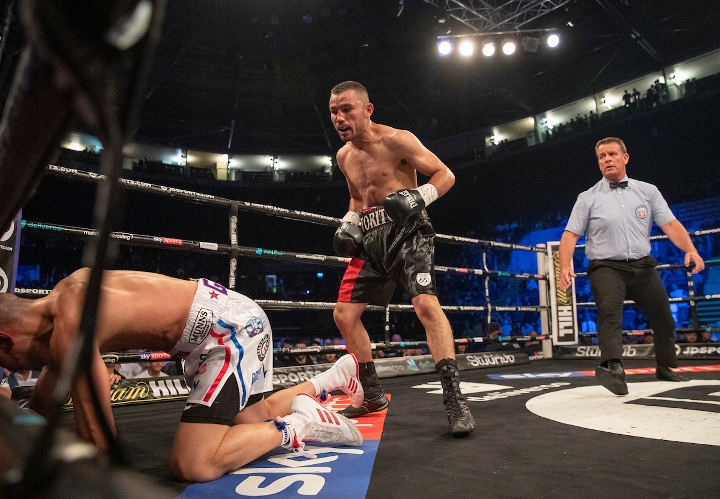 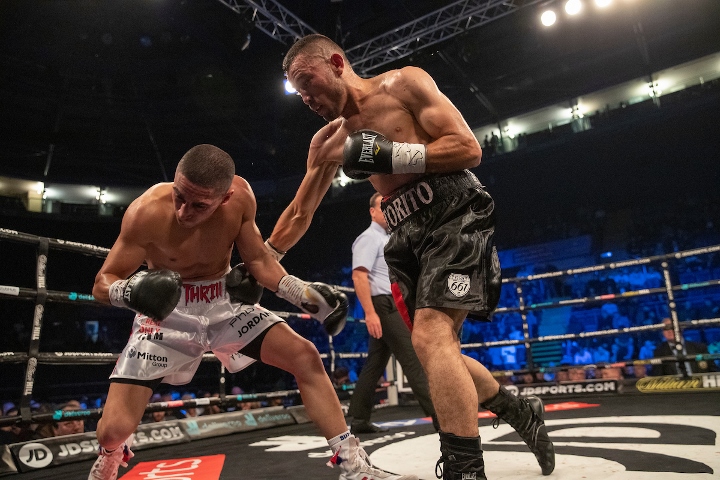 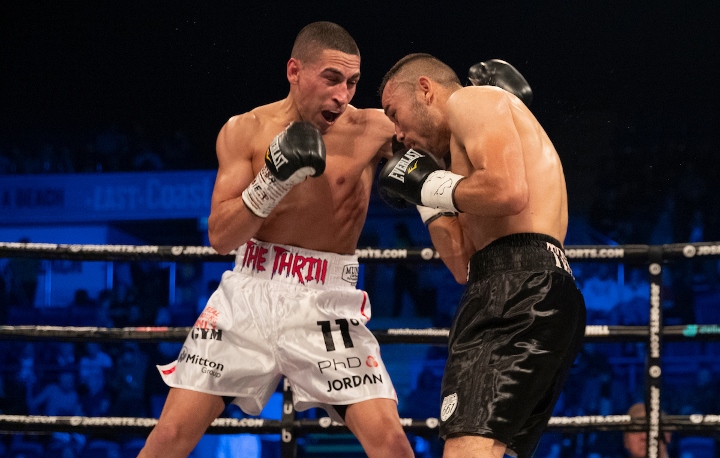 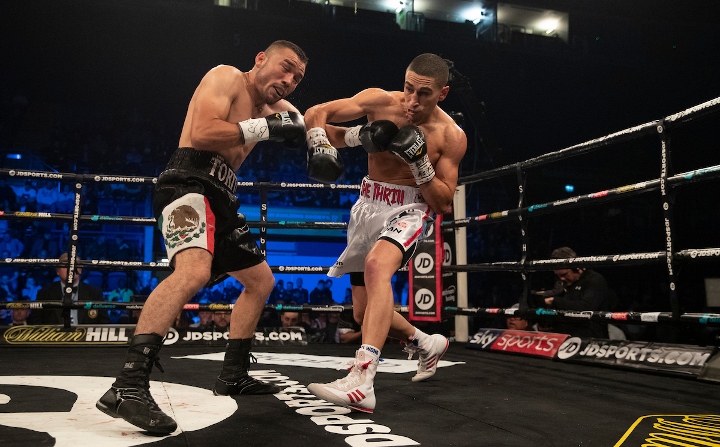 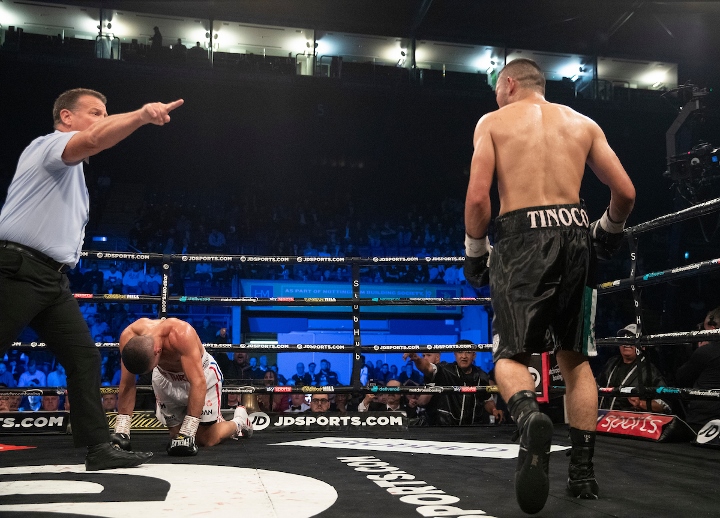 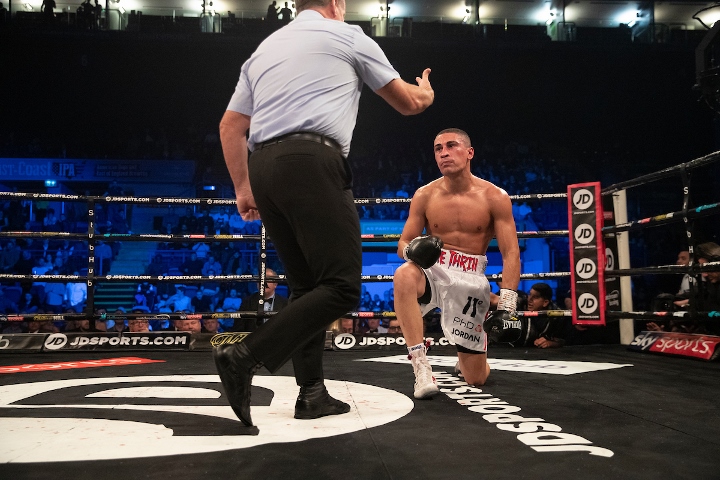 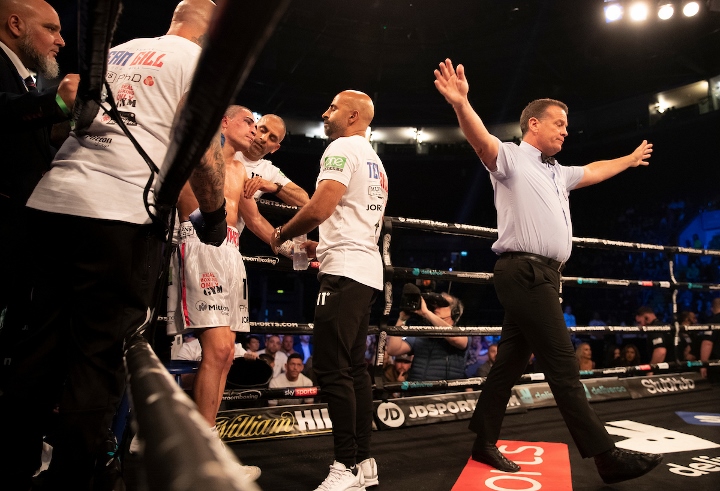 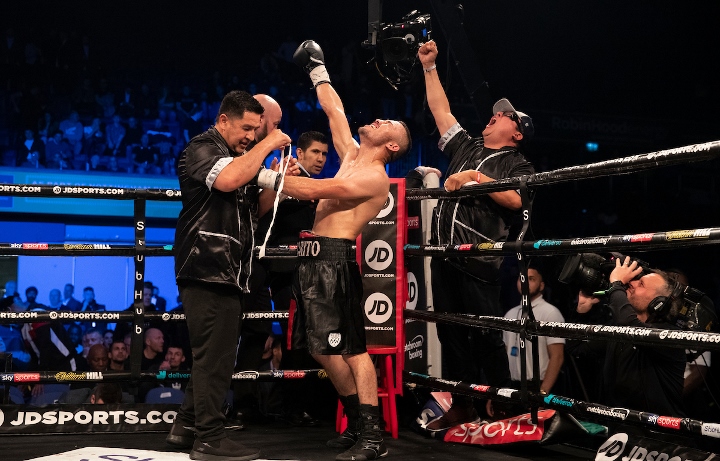 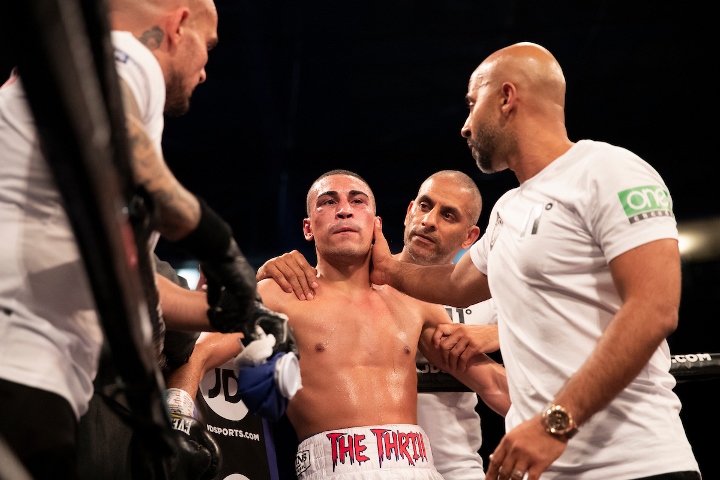 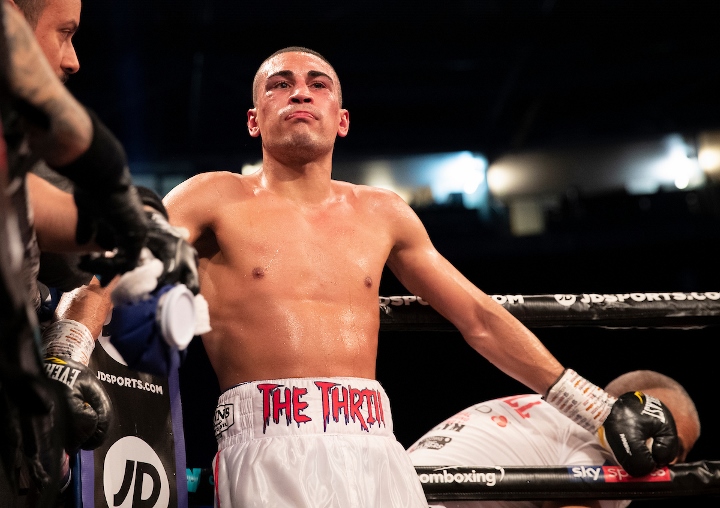 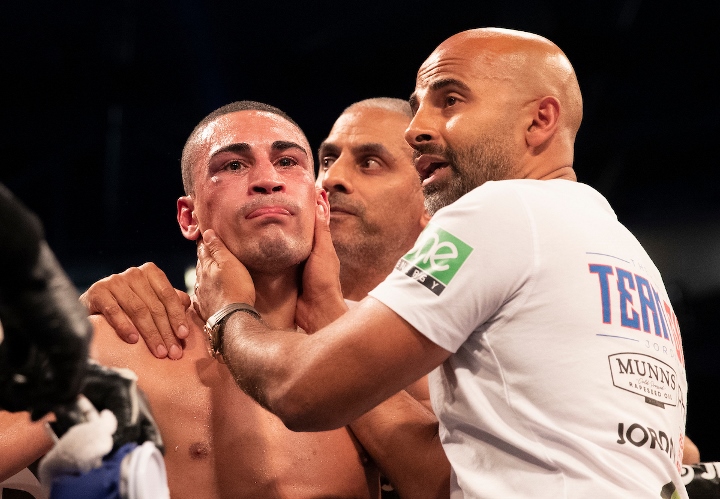 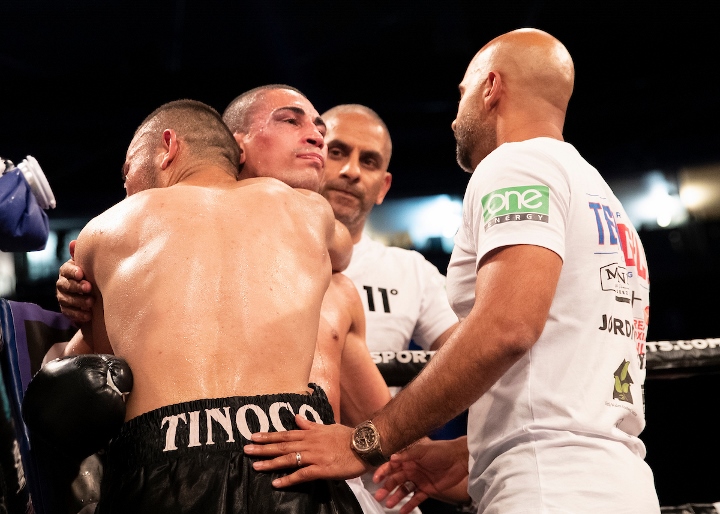 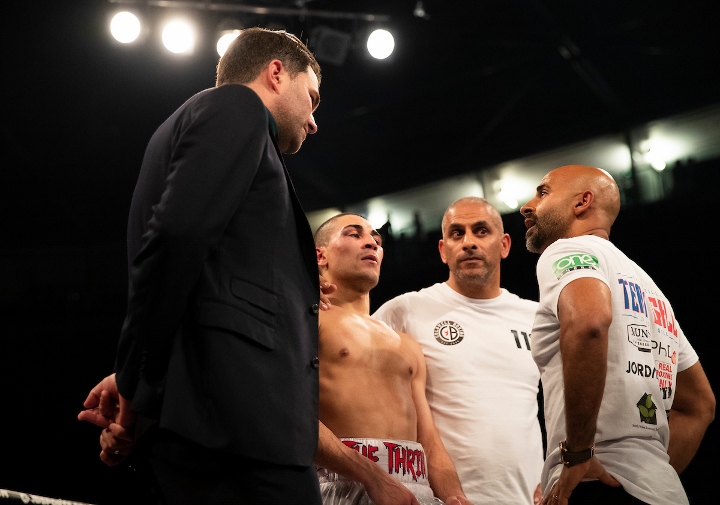 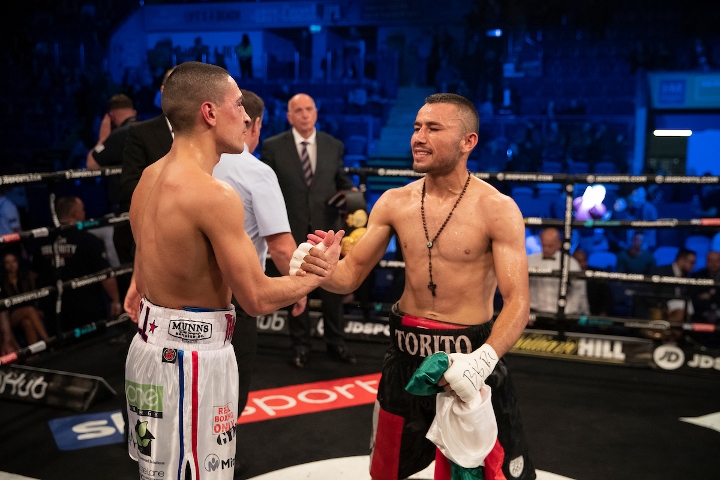 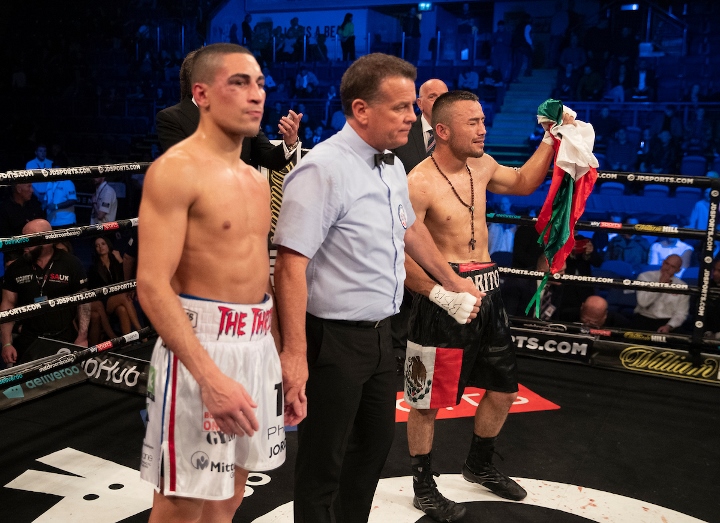 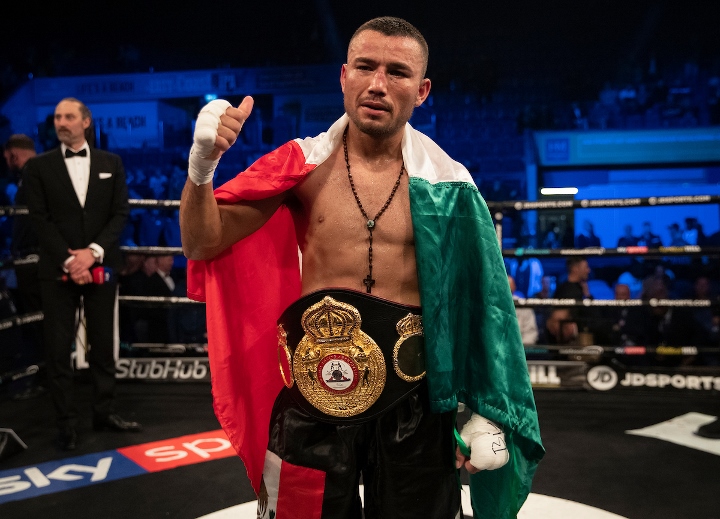 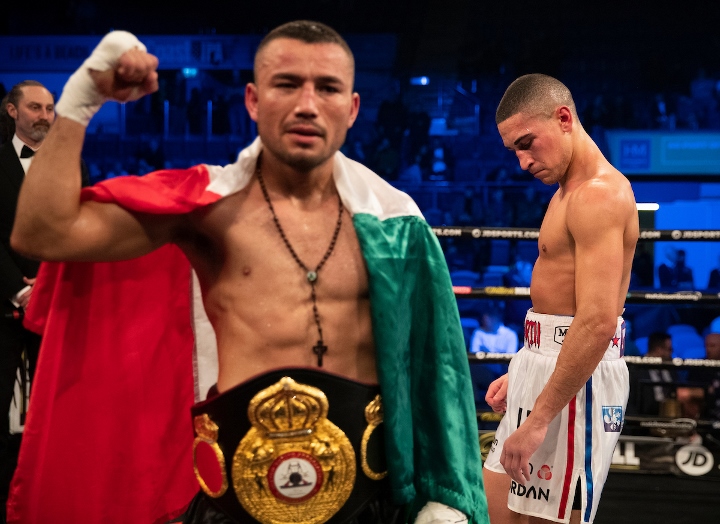 Apparently Jordan Gill had food poisioning the day of the fight but stayed quiet because he didn't want his coach to pull him out and let his fans down last minute. Problem is these Mexican fighters don't back down easily…