The undefeated lineal heavyweight champion of the world — Tyson Fury AKA "The Gypsy King" — put on a show Tuesday afternoon in Las Vegas at the media workout to promote Saturday's title defense against Tom Schwarz at MGM Grand Garden Arena. (photos by Mikey Williams). 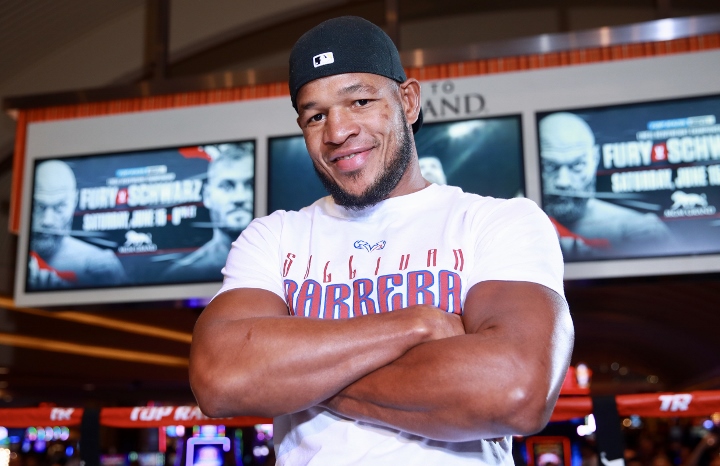 And, in the featured undercard bout, 2016 U.S. Olympian and top 130-pound contender Mikaela Mayer will look to extend her unbeaten record versus Lizbeth Crespo in a 10-rounder. 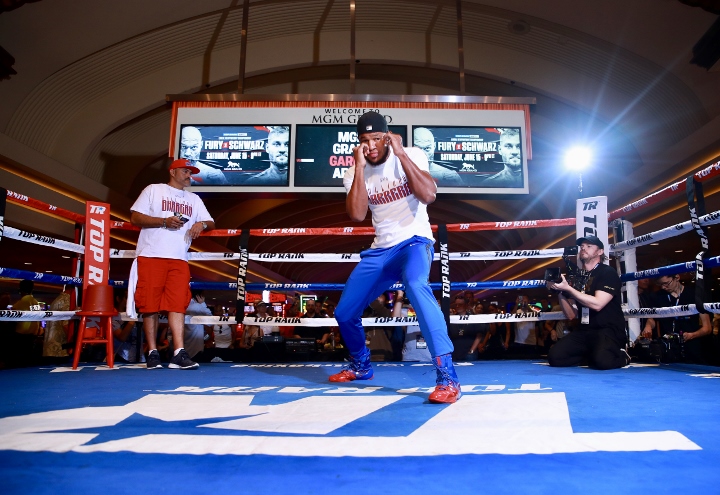 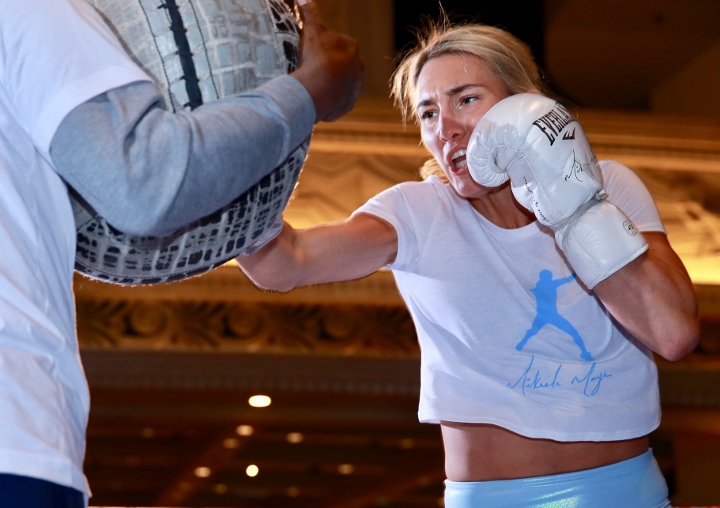 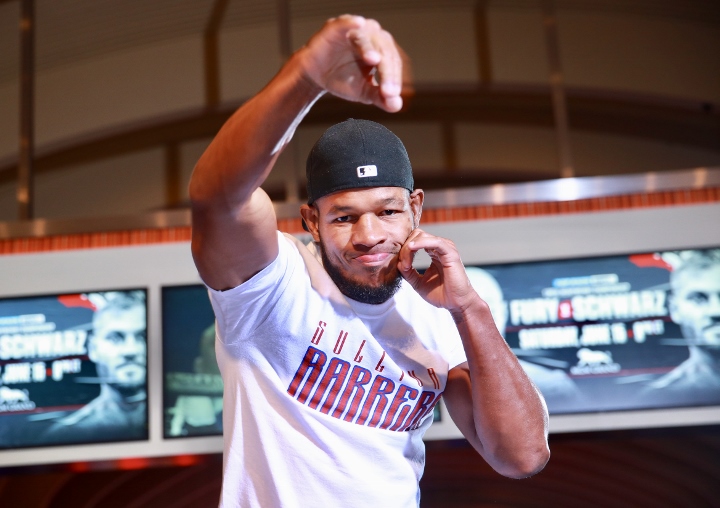 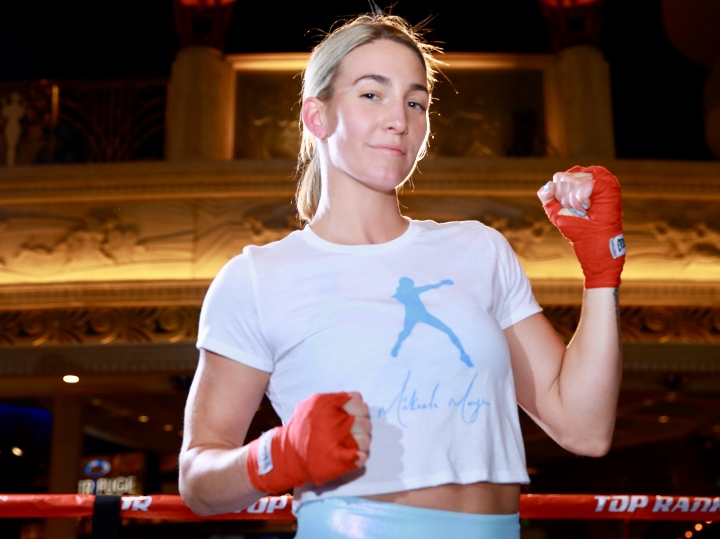 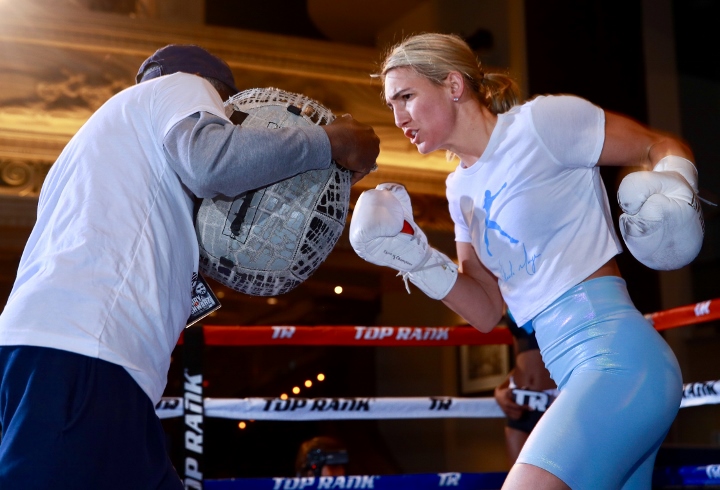 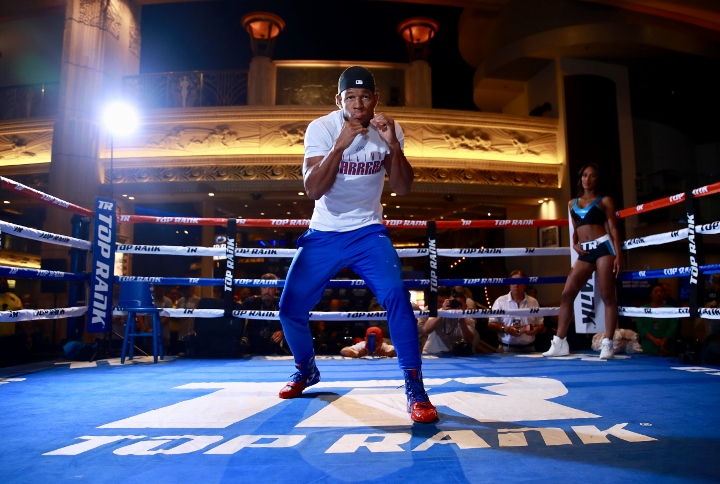 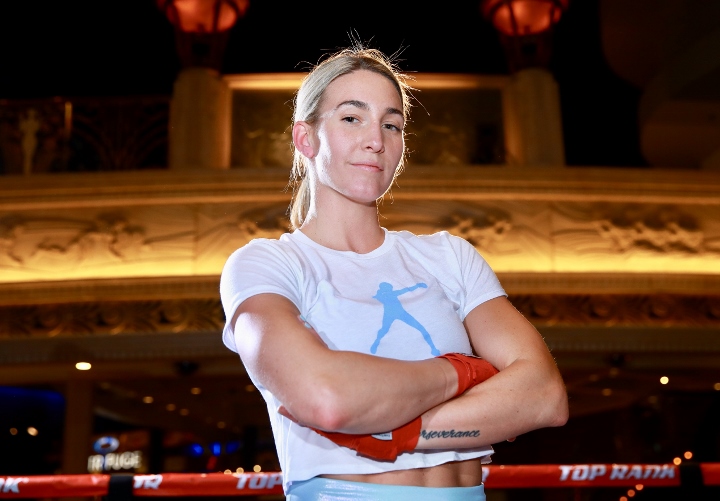 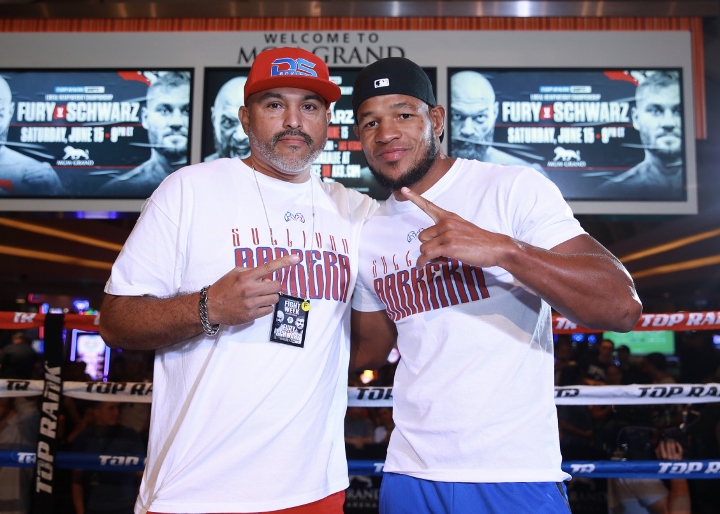 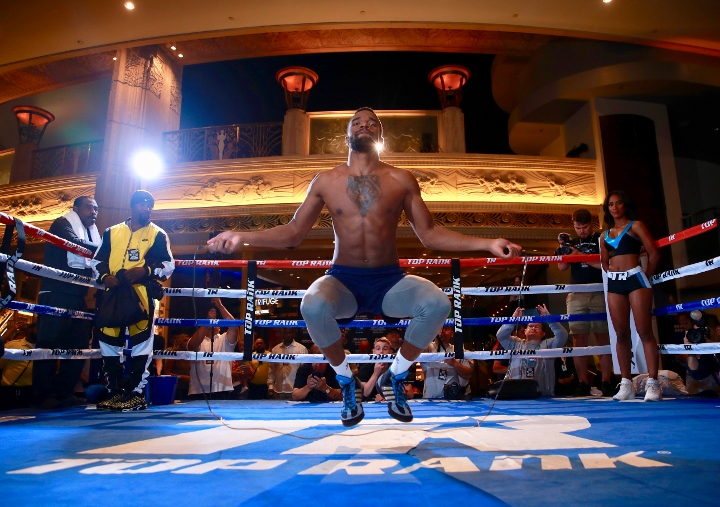 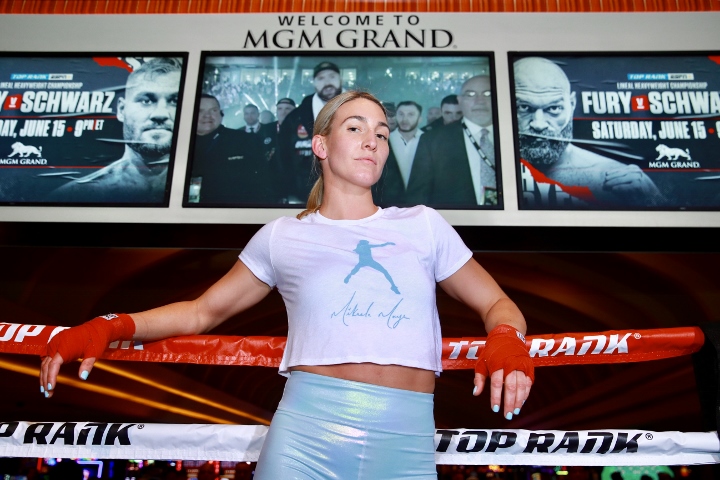 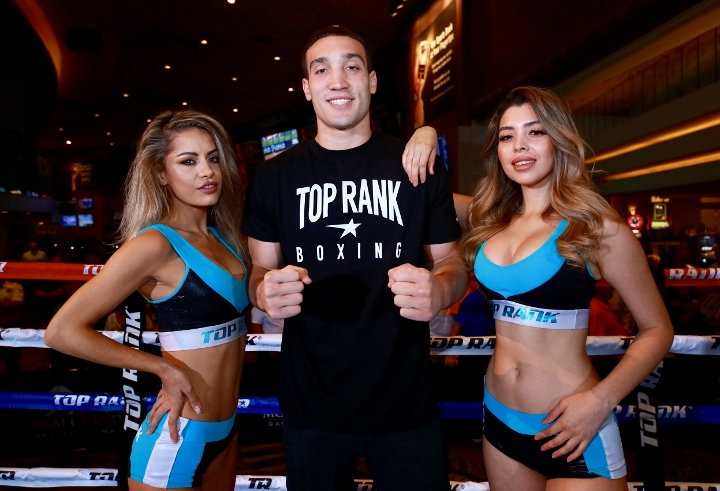 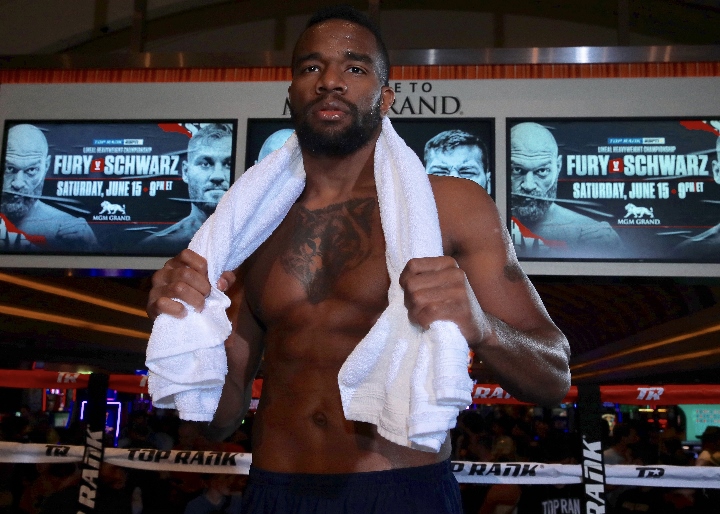 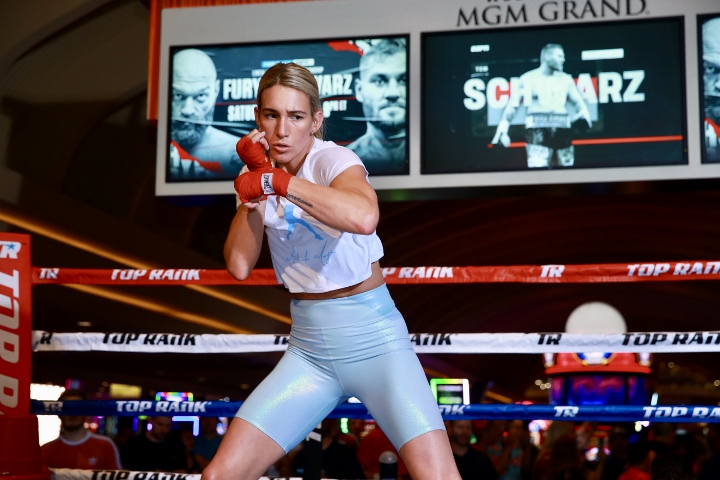 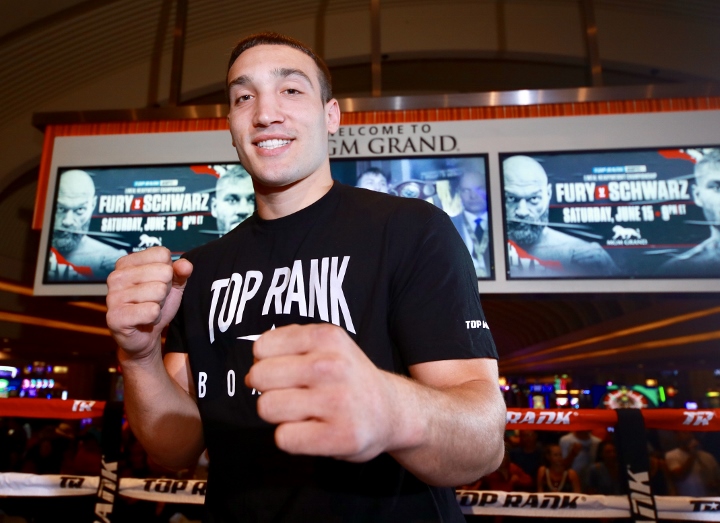 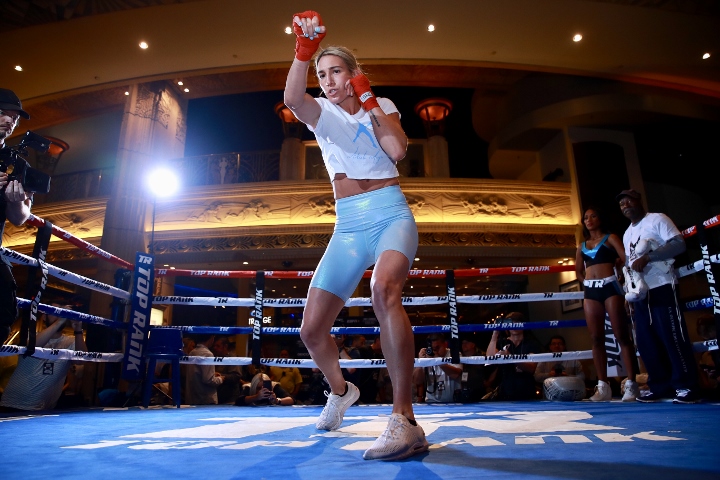 Would like to see a photo of Hart and Barrera side by side to see how Jesse looks comparatively as a LHW. I think Sullivan will take him in this matchup.