Shakur Stevenson came ready to put on a show in his hometown. He delivered with a big KO — and a promise of big fights at home to come. (photos by Mikey Williams)

Stevenson stamped his homecoming fight with a third-round knockout of Alberto Guevara, keeping the New Jersey fighter and 2016 Olympic silver medalist undefeated and in line for a featherweight title fight. 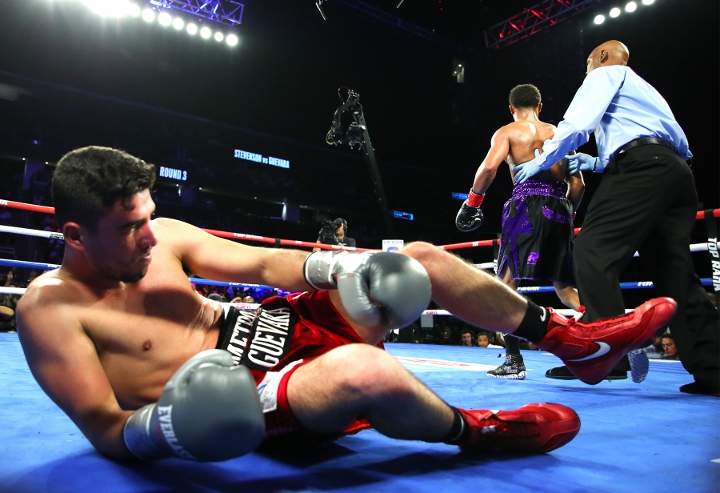 From Newark, Stevenson was never challenged in the brief time he was in time in the ring in front of thousands of his hometown fans Saturday night at the Prudential Center.

The 22-year-old Stevenson (12-0, 7 KOs) had the crowd of 5,150 on its feet and pointing phones toward the big screens to film his ring entrance. 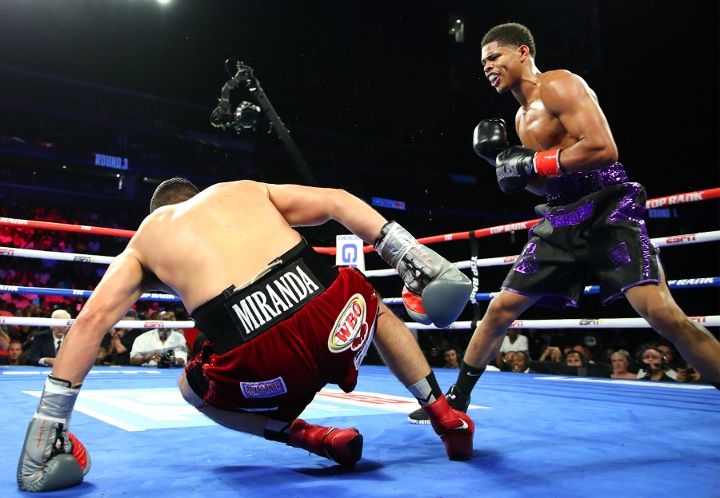 Ring announcer Jimmy Lennon Jr. was about drowned out by applause during his introduction of Stevenson as "making his hometown return, as he proudly represents Newark, New Jersey." Stevenson even titled his neck toward the videboard above the ring to catch the reaction from proud fans. 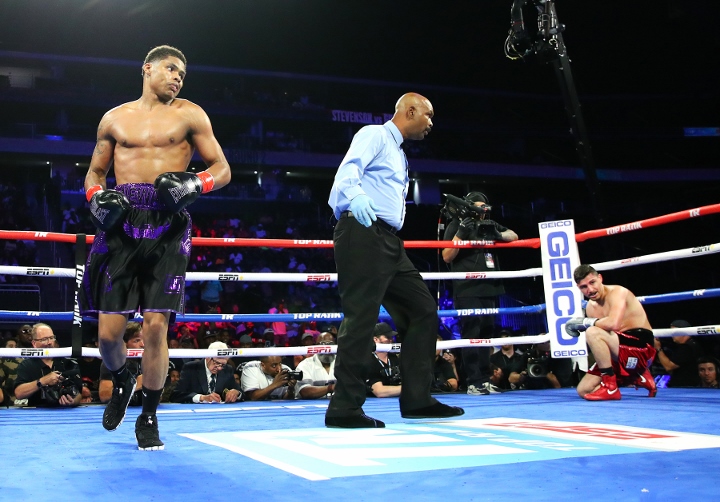 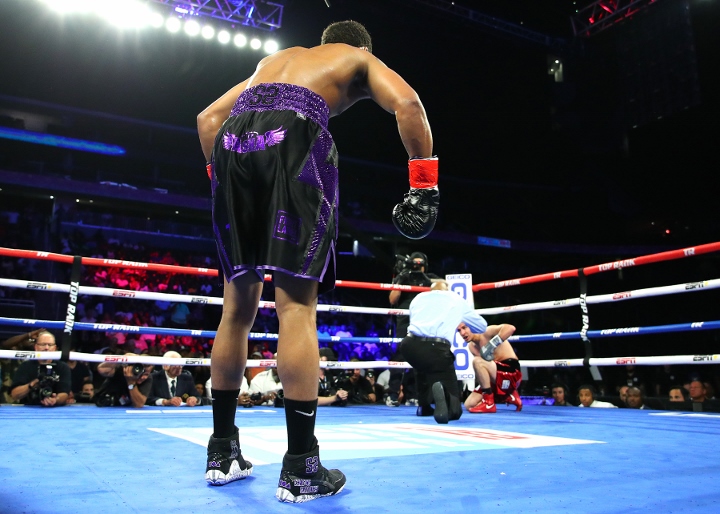 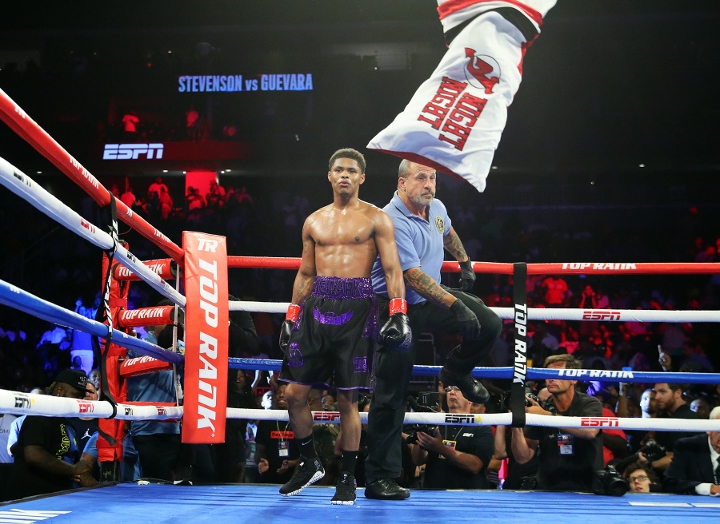 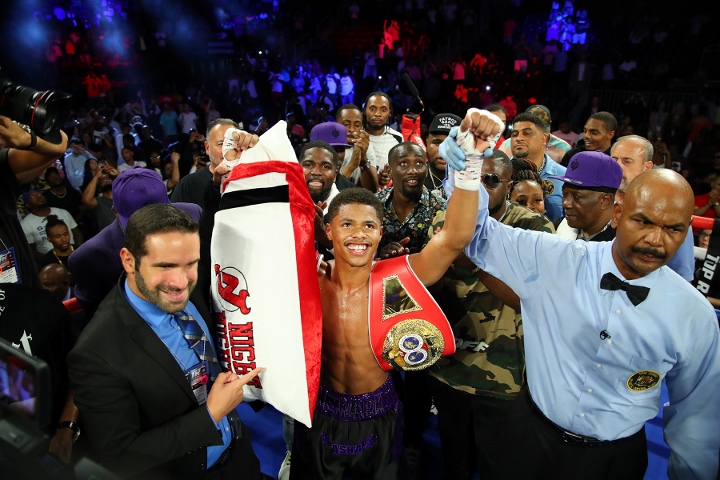 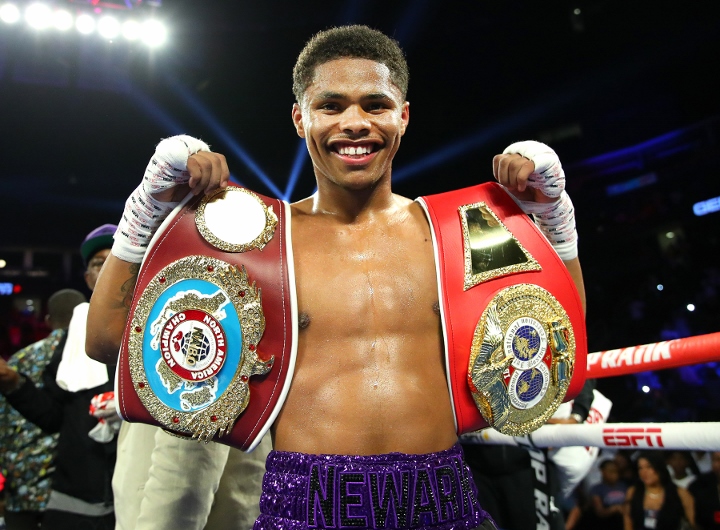 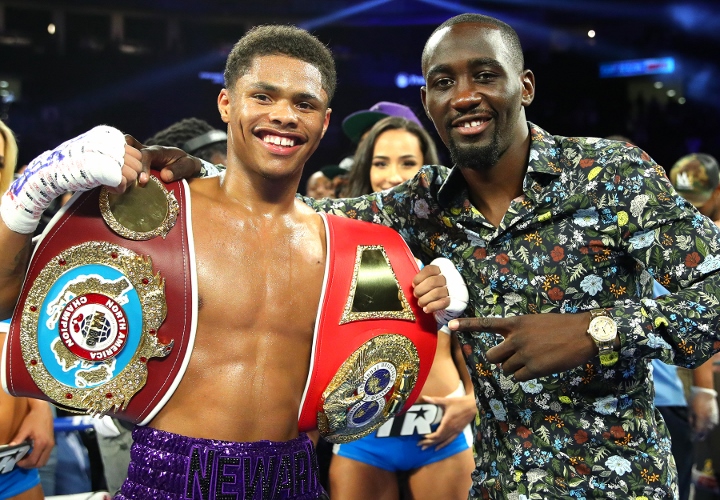 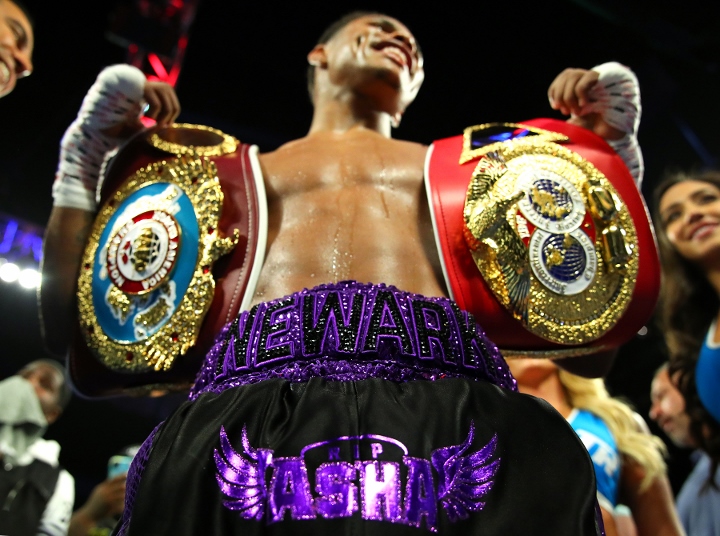 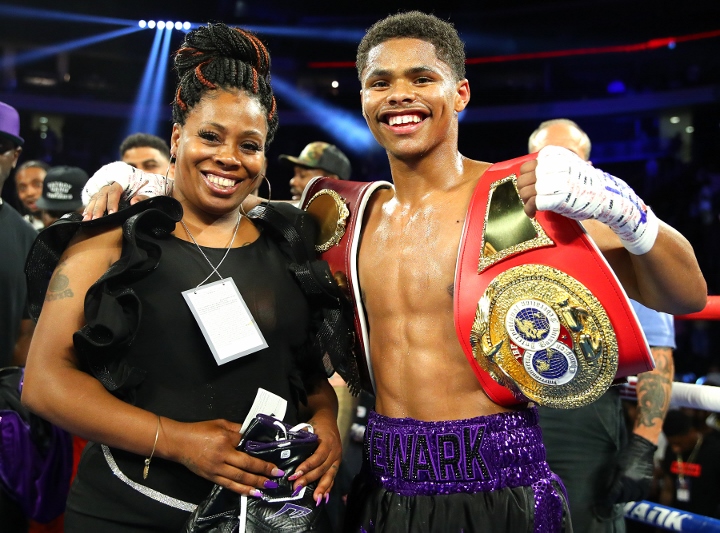