In an action packed co-main event, unbeaten Immanuwel Aleem (17-0-1, 10 KOs) takes on once-beaten Hugo Centeno (25-1, 13 KOs) in a 10-round middleweight attraction. Televised coverage begins at 9 p.m. ET/6 p.m. PT. The TOE-TO-TOE TUESDAYS telecast will be preceded by the live weigh-in for Floyd Mayweather vs. Conor McGregor and all four episodes of ALL ACCESS: Mayweather vs. McGregor on FS1. 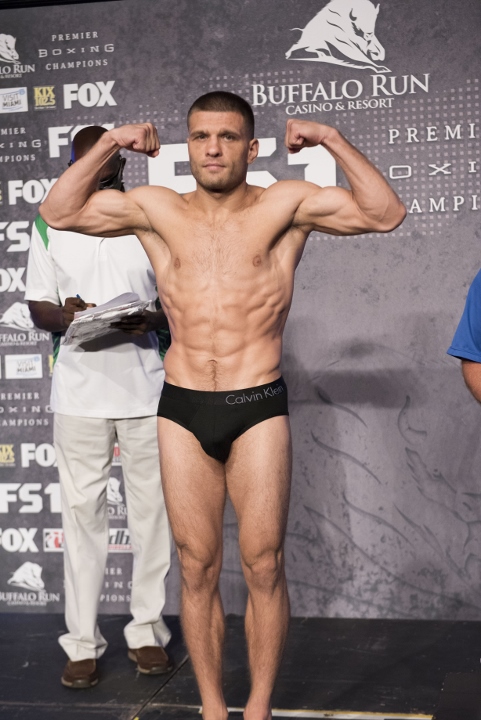 A highly decorated amateur who represented his native Ukraine in the 2008 Olympics, Derevyanchenko now lives and trains in Brooklyn and most recently stopped previously unbeaten Kemahl Russell in April. His 2016 saw him earn a TKO victory over Mike Guy in March before stopping former champion Sam Soliman in the second round of a world title eliminator in July. The unbeaten fighter defeated a slew of experienced contenders in 2015 with wins over Elvin Ayala, Alan Campa, Vladine Biosse and a third-round stoppage of Jessie Nicklow. 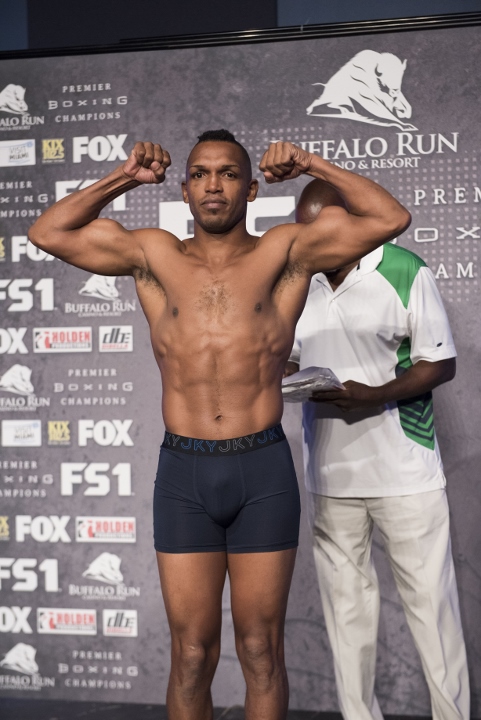 A 2008 Olympian for his native Bahamas, Johnson enters this bout the winner of his last six contests, including a fifth round stoppage of once-beaten Alex Theran and a 12-round decision over once-beaten Eamonn O'Kane in 2015. The 33-year-old turned pro in 2010 and won his first 2014 before suffering his first defeat in the final round against Curtis Stevens. 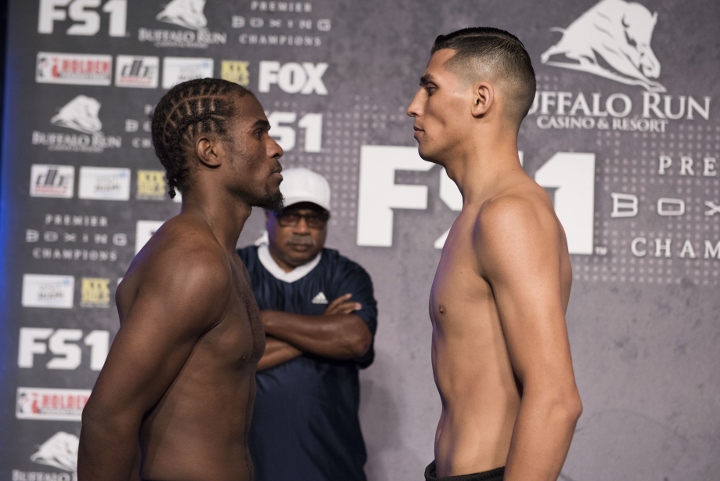 Born in East Meadow, New York and fighting out of Richmond, Virginia, Aleem was introduced to boxing at a young age by his parents. Since turning pro in 2012 at age 18, the 23-year-old has wiped out all of the competition in front of him. In January he defeated then unbeaten Ievgen Khytrov in a memorable back and forth battle that saw Aleem emerge victorious with a sixth-round TKO win. Aleem had previously defeated once-beaten Jonathan Cepeda and fought to a majority draw with Demond Nicholson in 2016. 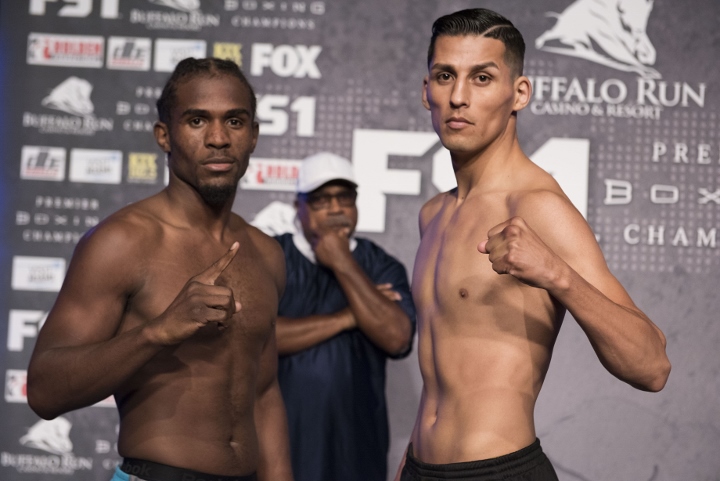 The 26-year-old Centeno bounced back from his first defeat with a stoppage of Ronald Montes after three rounds in December 2016. Centeno won his first 24 pro fights after amassing a 90-8 amateur record including a highlight reel knockout of James De La Rosa and a decision over then unbeaten Gerardo Ibarra. The fighter out of Oxnard, California will fight in Las Vegas for the first time since a no contest against Julian Williams in 2013 that was called because of an accidental head butt. 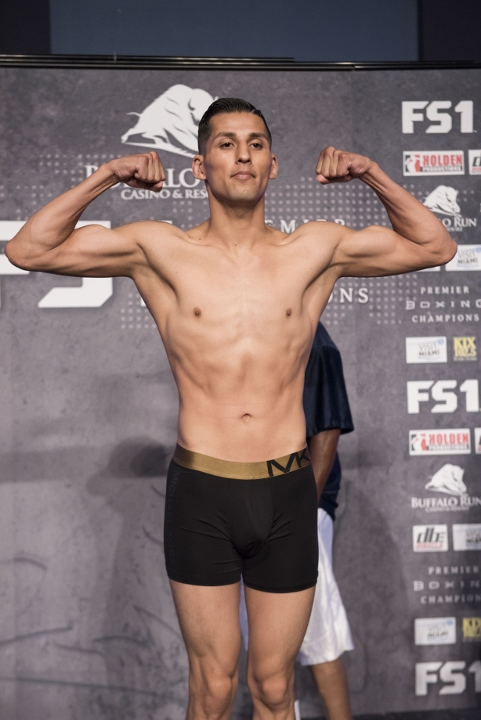 Fans can live stream the fights on FOX Sports GO, available in English or Spanish through the FS1 or FOX Deportes feeds. The fights are available on desktop at FOXSportsGO.com and through the app store, or connected devices including Apple TV, Android TV, Fire TV, Xbox One and Roku. In addition, all programs are also available on FOX Sports on SiriusXM channel 83 on satellite radios and on the SiriusXM app.