Promoter Mick Hennessy is pleased to announce that all the boxers’ featuring on his event tomorrow night (Friday 11th December) at the Fly By Nite TV studio in Redditch have passed their COVID-19 tests and are cleared to fight.

The boxers’ weighed in today, with the main event Sam Eggington and Ashley Theophane both coming in under the super-welterweight 11st (154lbs) limit before they collide tomorrow night, exclusively live on free-to-air Channel 5 in the UK. 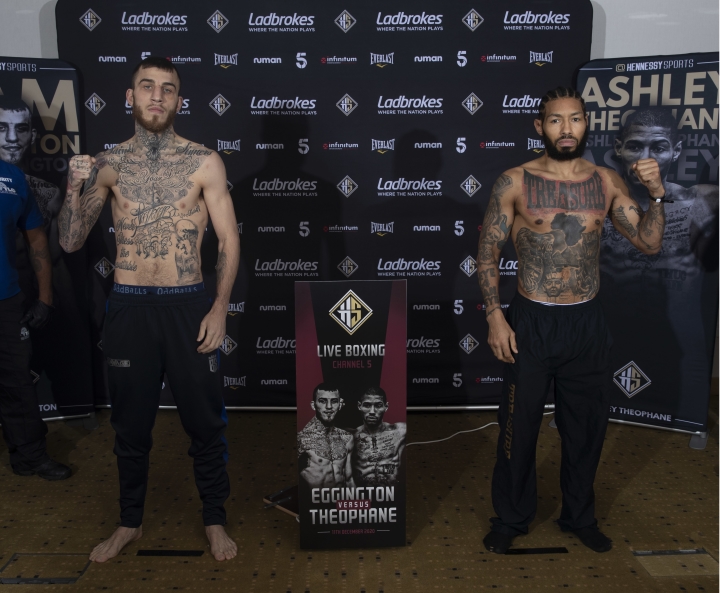 Eggington, who weighed 10st 13lb 2oz (153.2lb), said, “I can’t wait for it, I’m ready to go now.  Tomorrow night’s it’s on the big stage, live on Channel 5 on free terrestrial TV.  I’m feeling strong and I made the weight comfortably so I’m going to perform really well for the viewers.  This isn’t going to the judges, I’m not letting that happen again after my last fight.” 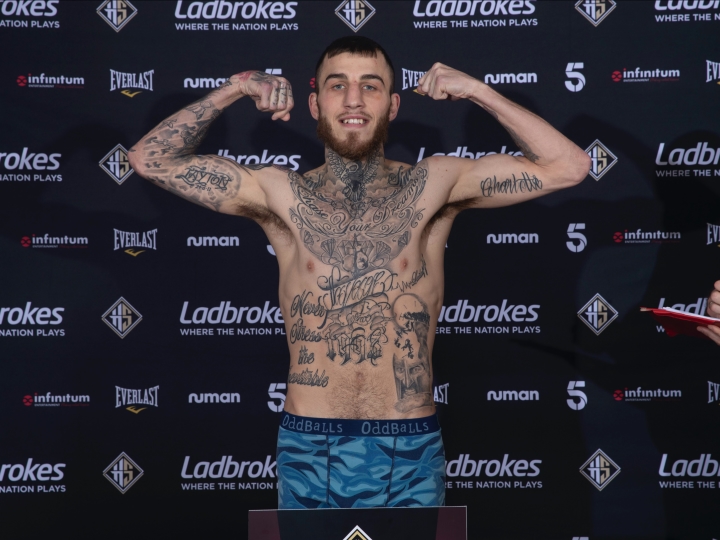 Theophane, who came in at 10st 13lb 2oz (153.2lb) said, “I’m really looking forward to a great fight with Sam.  It will be a great night of action, live on Channel 5 so tune in to see one of the fights of the year.  This fight is not going to points. Theophane to win inside the distance.” 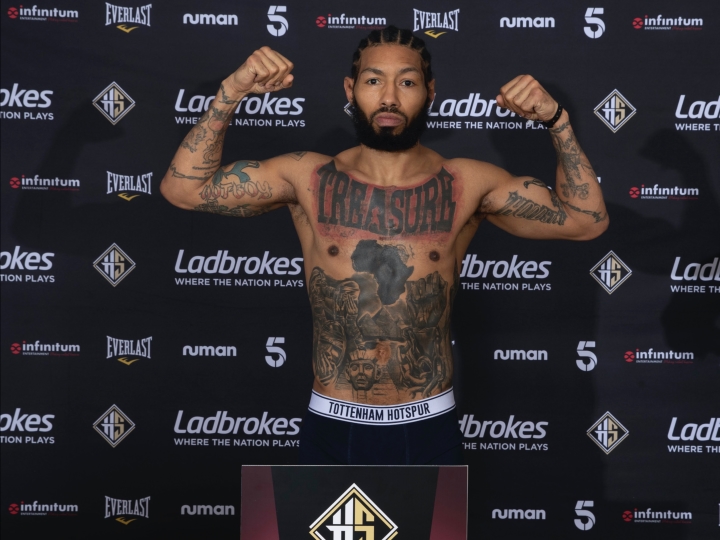 In the build up the show, promoter Mick Hennessy enforced stricter shielding measures for the boxers’ and camps featuring on the card to adhere to and minimise the risk and exposure to the cornavirus.  Some of the boxers’ also feature on Hennessy’s event next Friday (18 December) and it was crucial to protect their health to ensure they could still compete on the next event.