The fight began with Romero shooting a stiff jab. He was coming forward and landed a left hook that dropped Sparrow in the first minute. Romero was pressing forward and looking for big shots to land on Sparrow, who did his best to weather the storm. Romero was putting his combinations together off the jab. 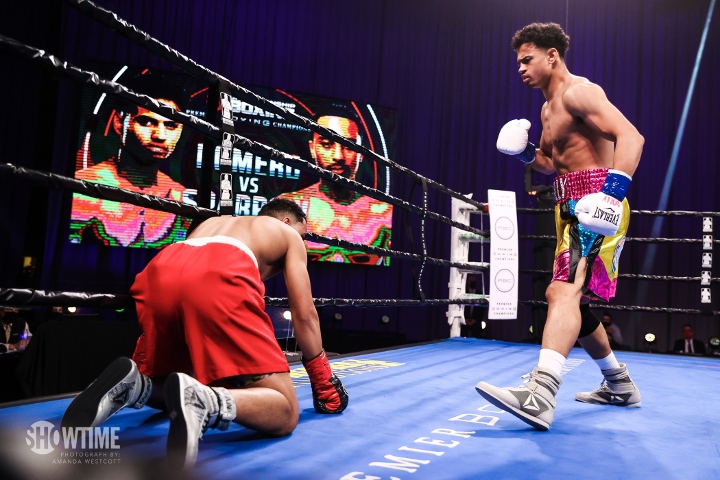 Romero was unloading with heavy punches in the second and third, to push Sparrow back and having him on the defensive. Romero continued to be in control in the fourth. Sparrow had a better fifth, but Romero was still throwing very hard punches. Sparrow was not throwing and landing enough punches. 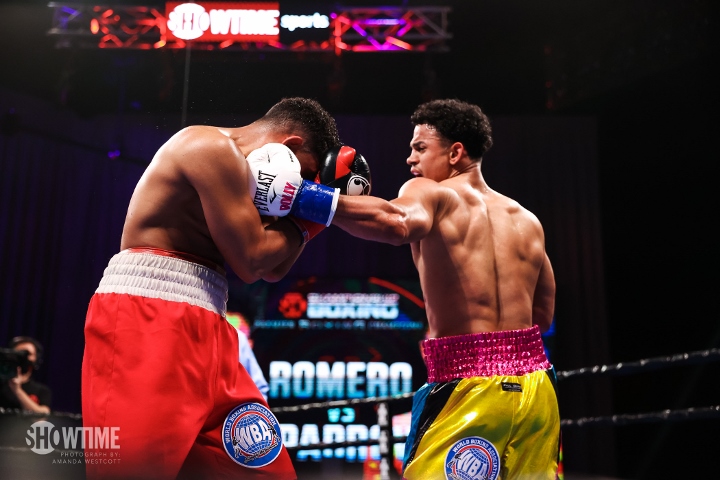 In weird sixth, Sparrow went down from what appeared to be some leg injury as his knee buckled. He was limping for a moment and then the fight continued and Sparrow lost two points for landing an intentional low blow.

During the seventh round, Sparrow's corner threw in the towel and the fight was stopped. 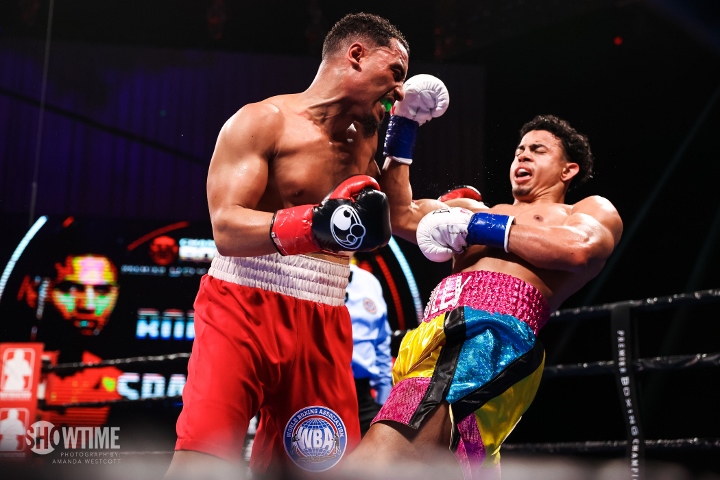 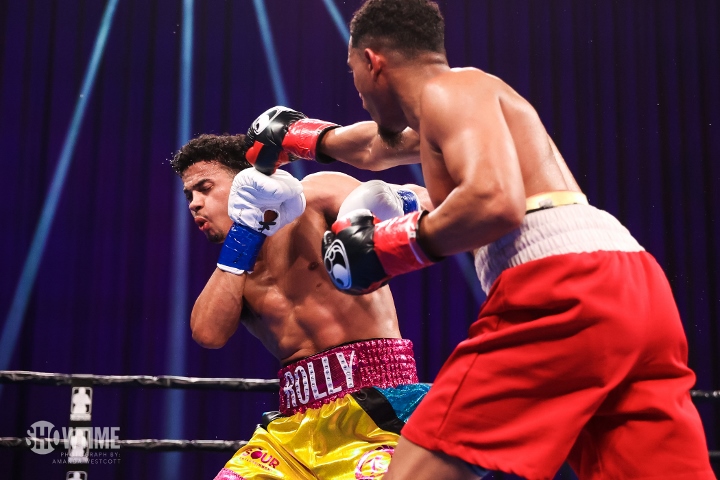 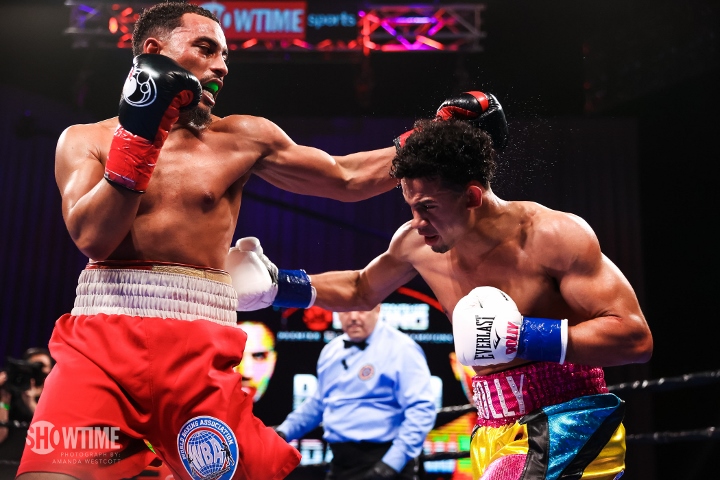 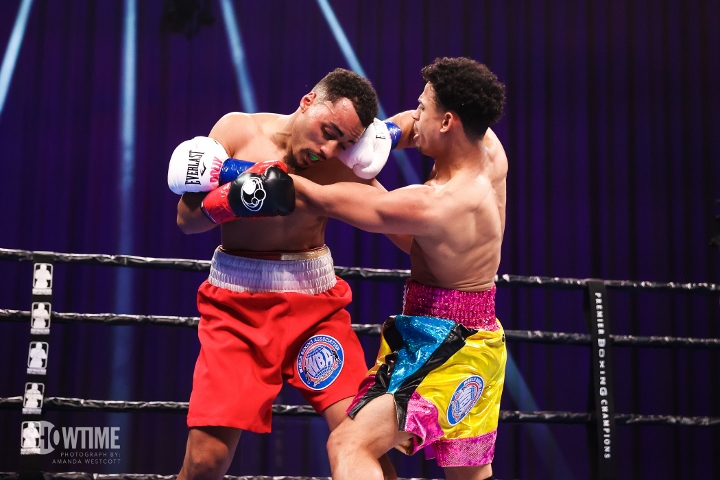 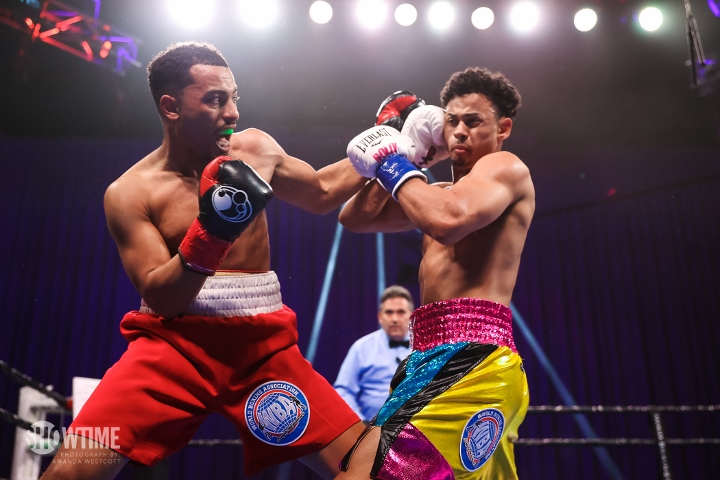 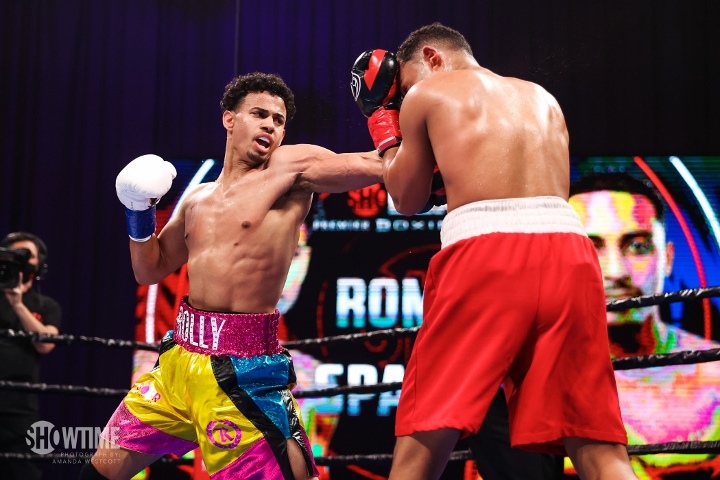 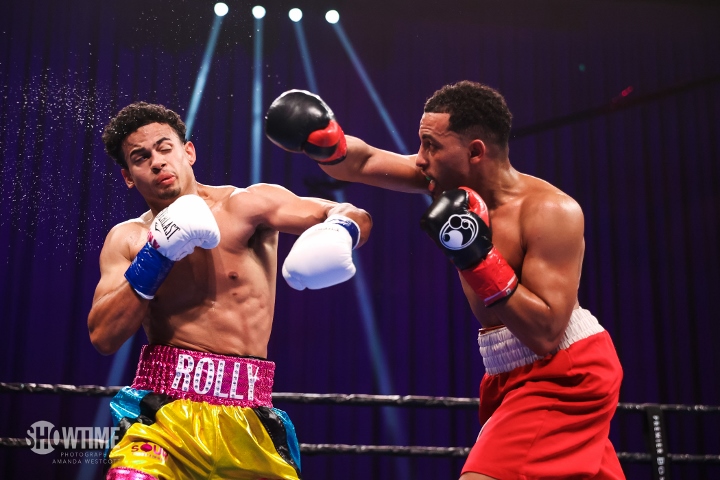 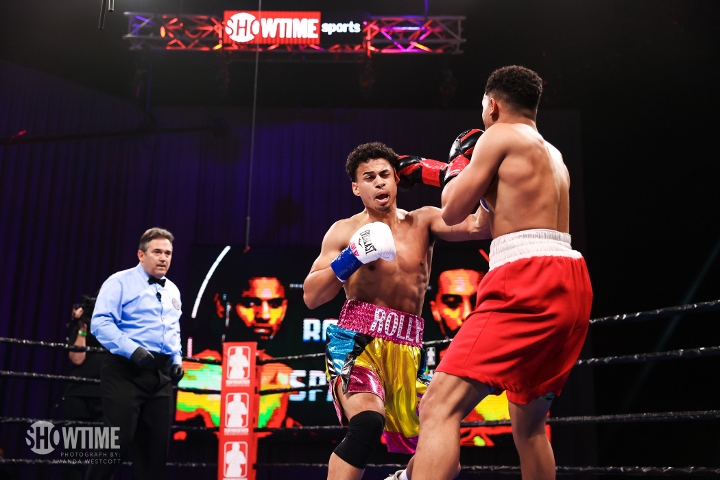 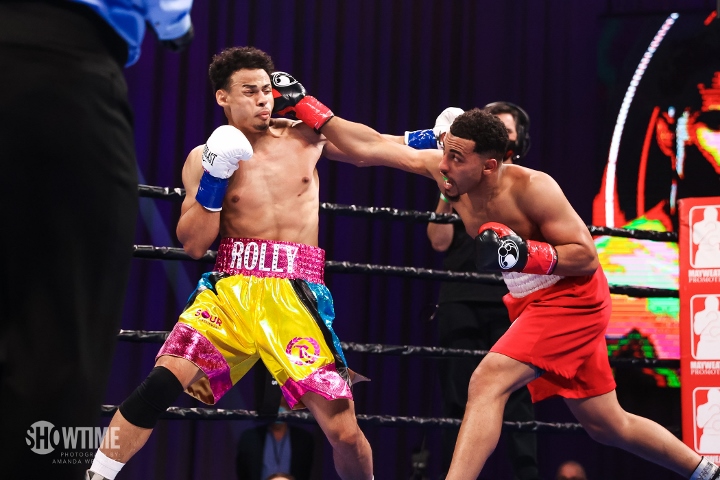 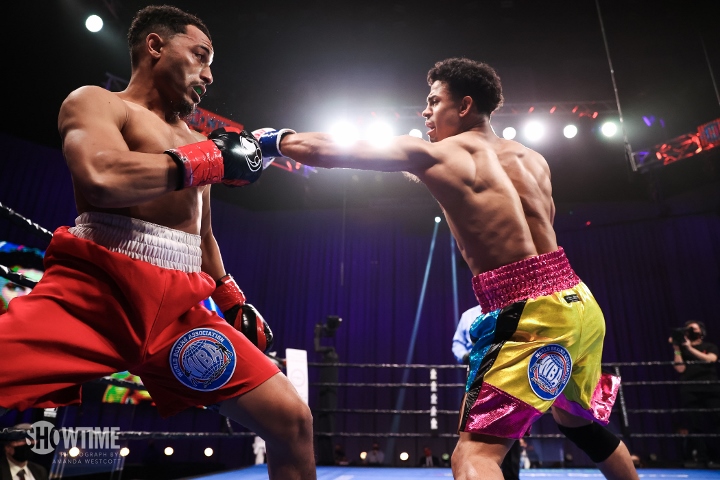 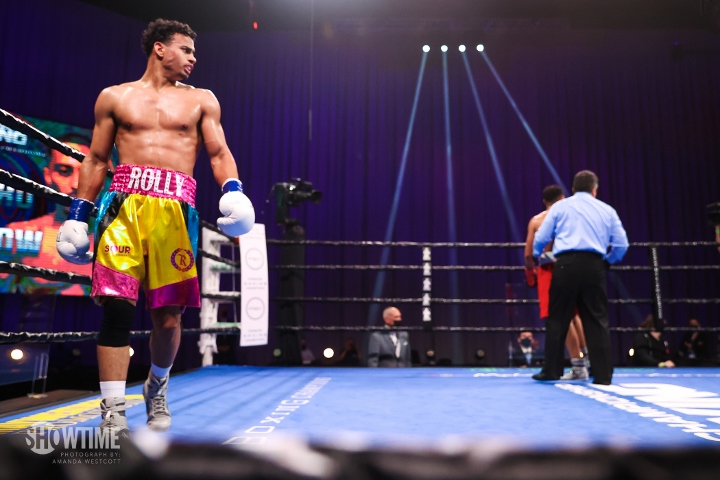 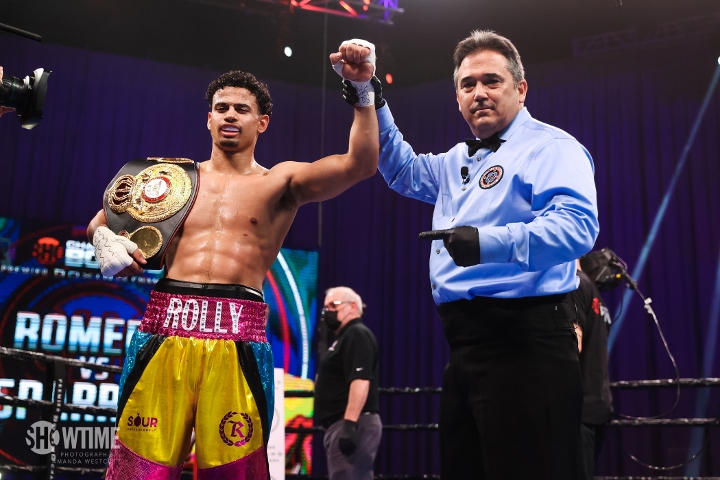