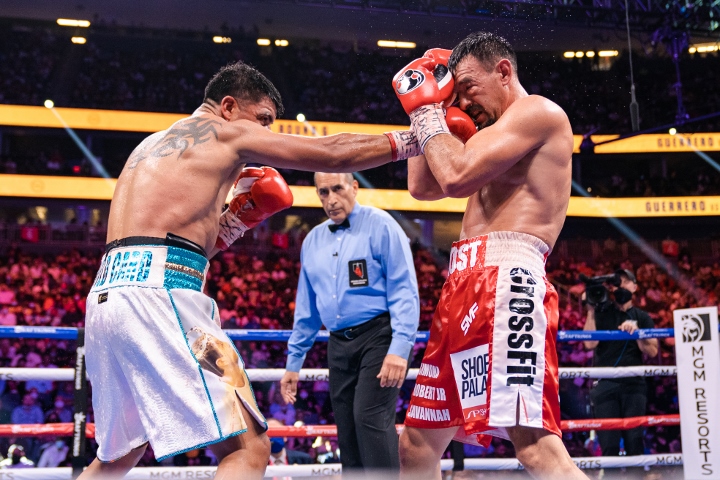 Ortiz looked good in the early part of the first, before Guerrero started to come back with activity.  Ortiz closed well on the inside. They were trading at the start of the second. Guerrero was staying busy with his hands, before Ortiz tried to rally back. They were trading big punches to close out the round. 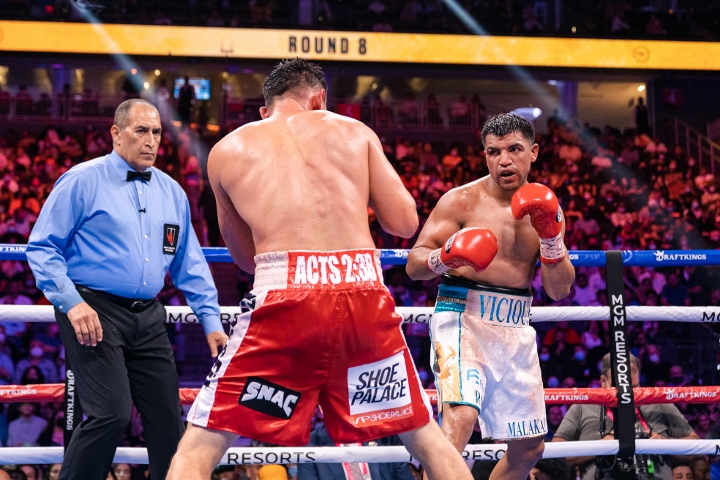 A close third with inside fighting. Ortiz was doing well in the fourth with the crisper punches. The left eye of Guerrero was swelling shut. Ortiz had full control of the fifth. Ortiz had a rally of punches in the sixth. A lot of inside fighting in the seventh, with Ortiz having a minor edge. There was big slowdown in the seventh with few fireworks going. 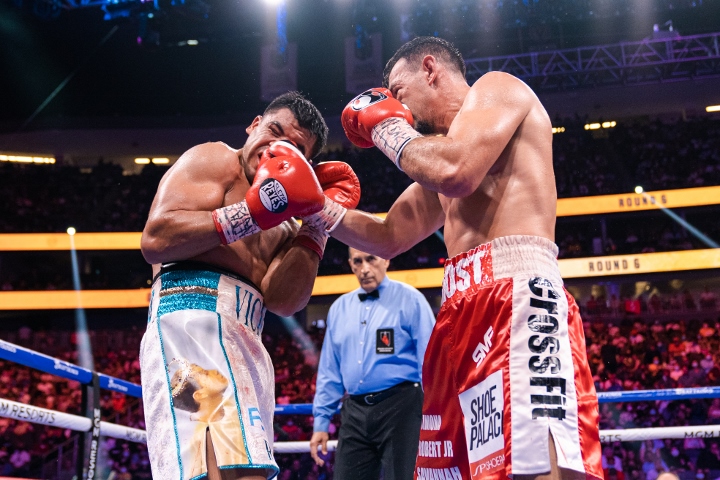 Not much action in the eight as they were smothering a lot of their shots in close. A very close in the ninth, with Guerrero landing the better shots. They were trading away at the start of the tenth. Guerrero closed out a bit better. 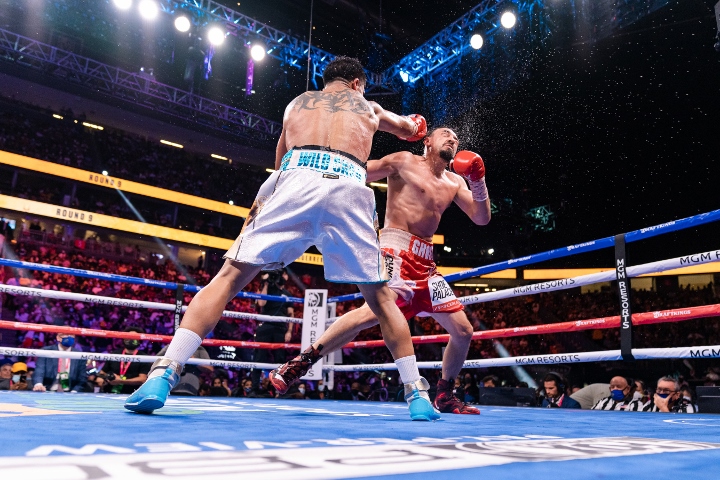 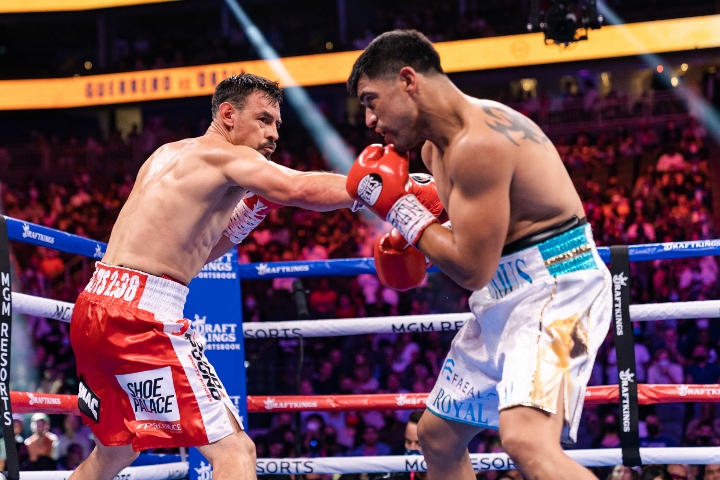 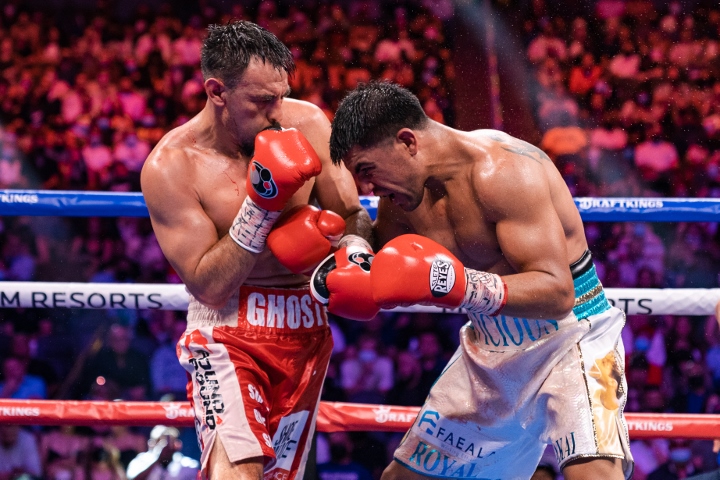 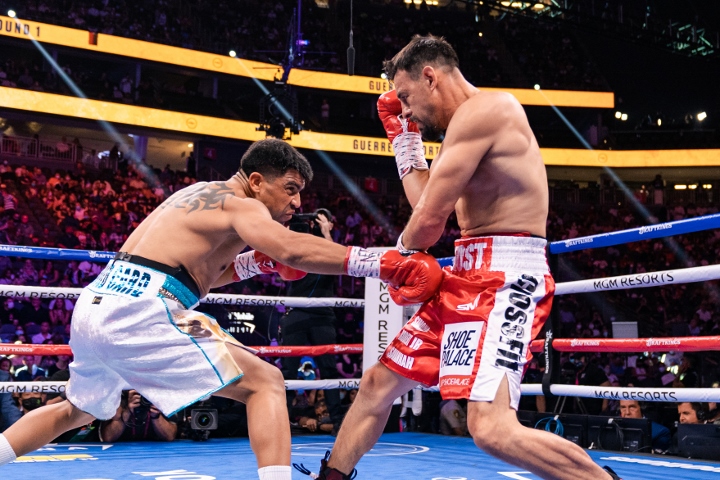 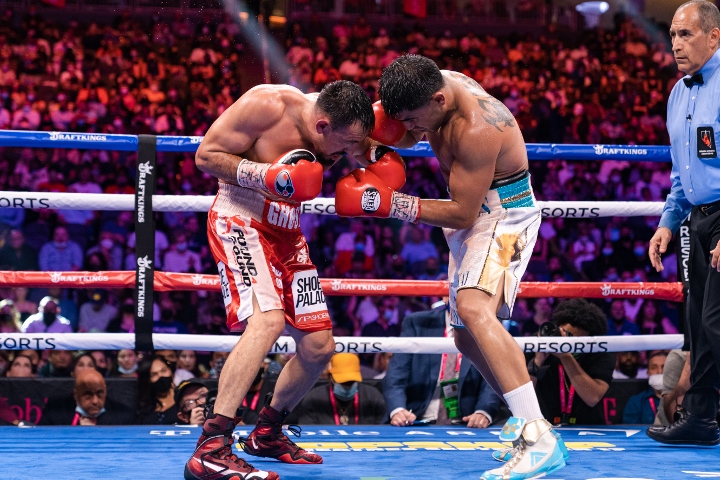 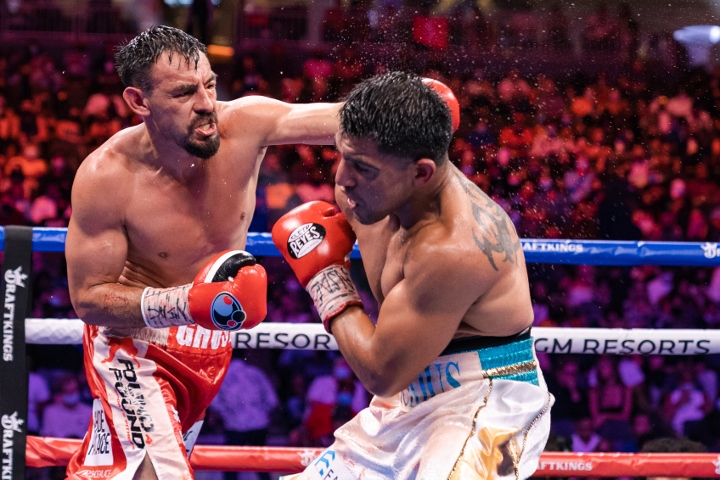 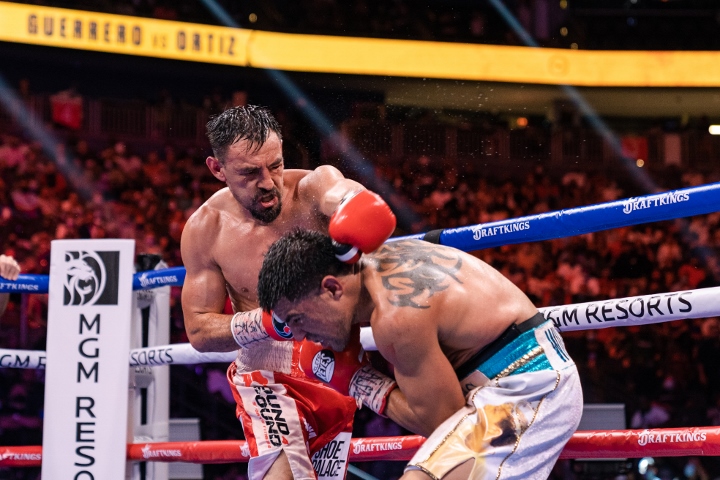 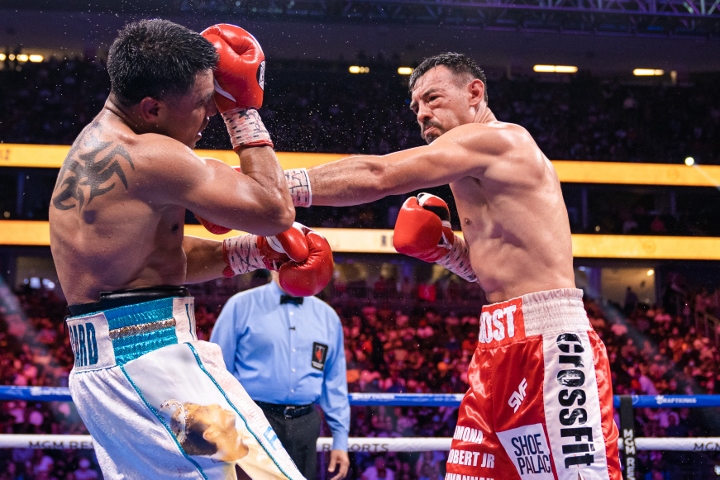 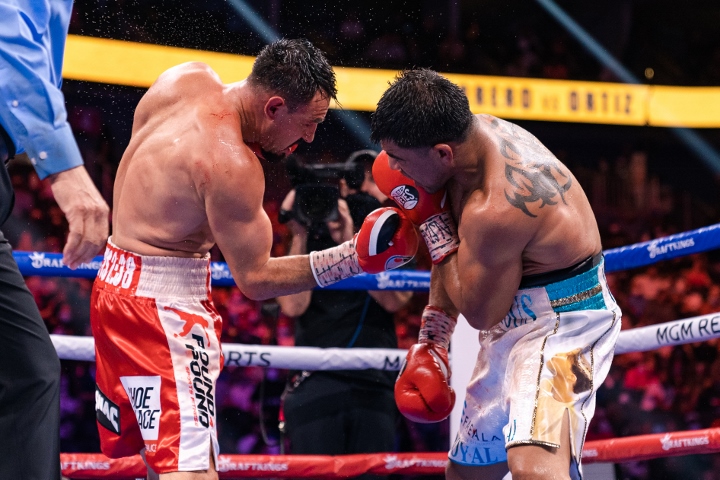 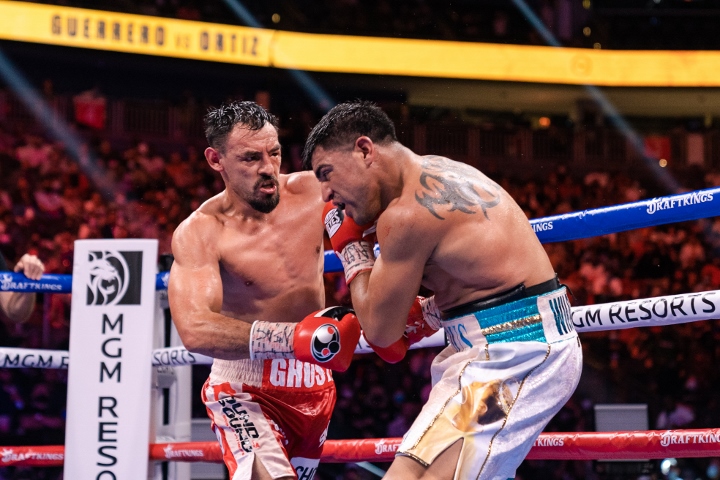 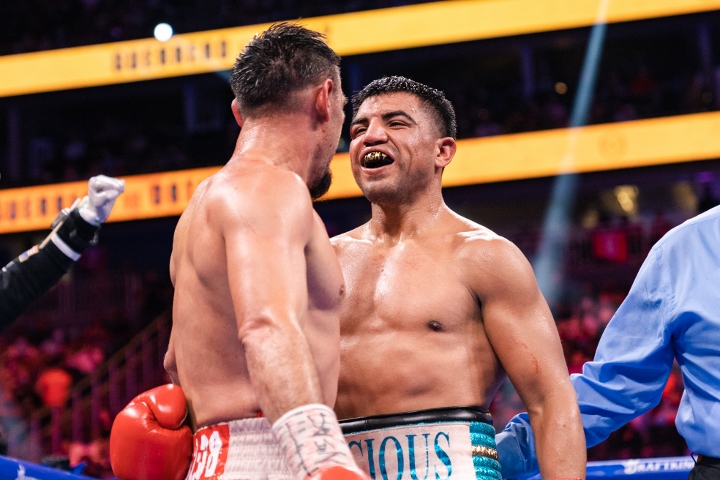 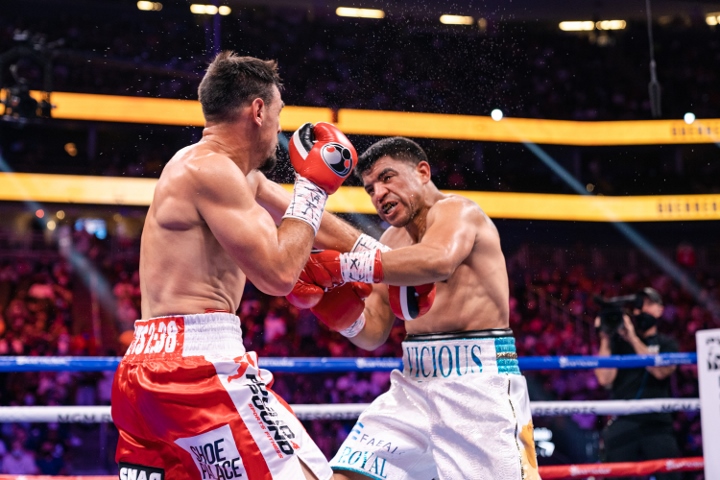 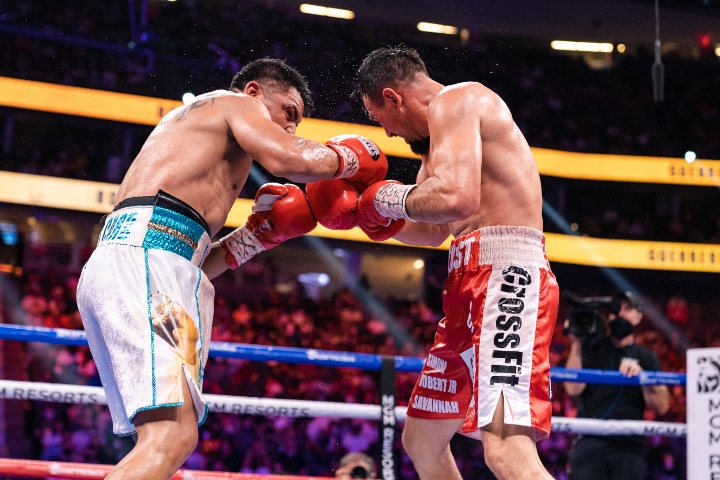 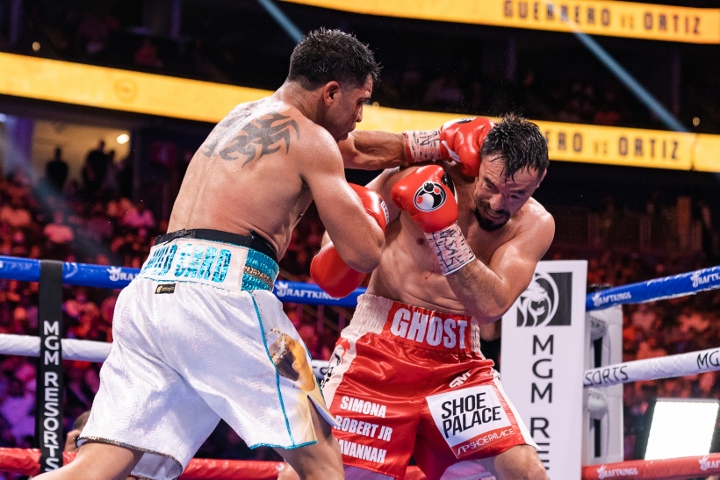 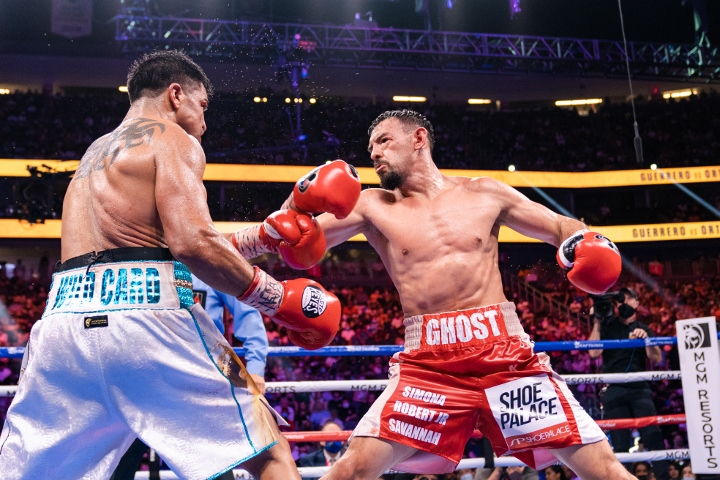 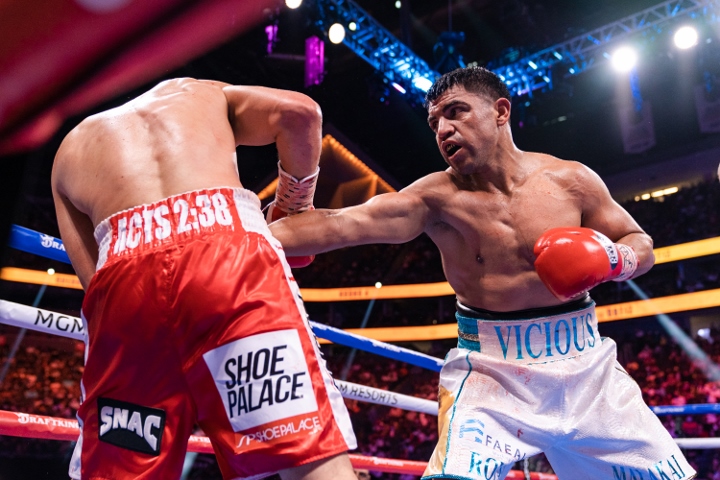 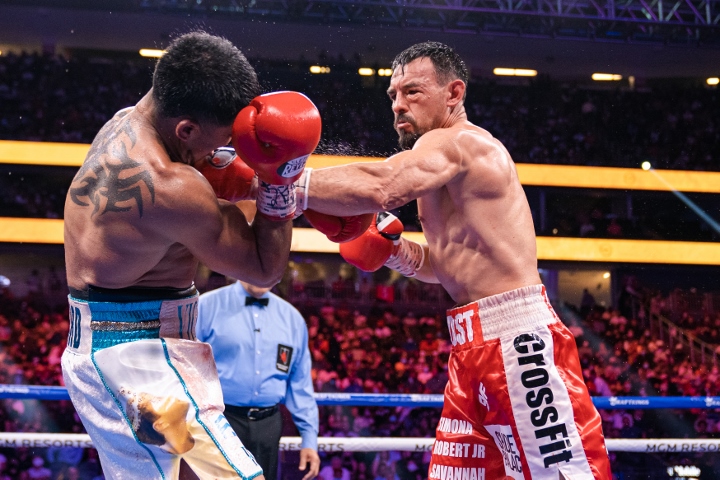 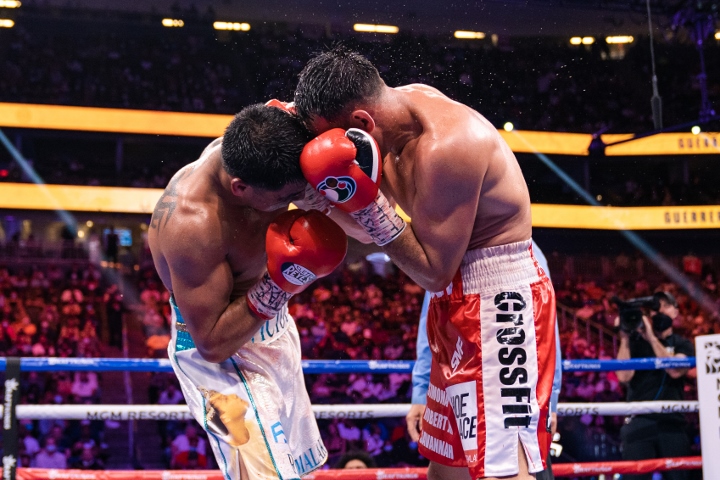 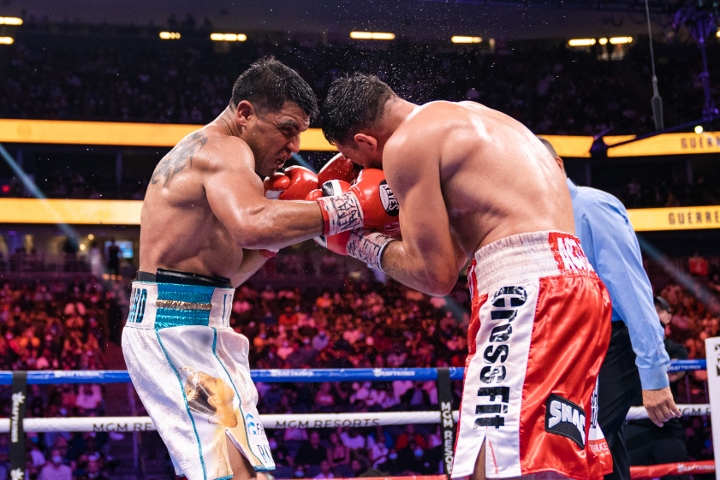 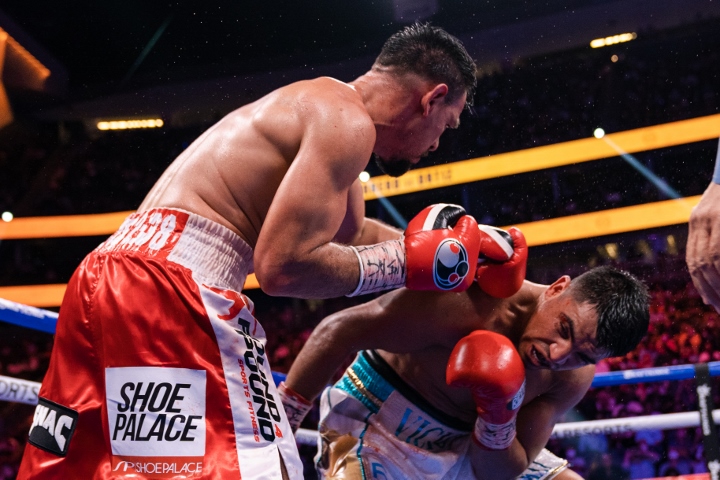 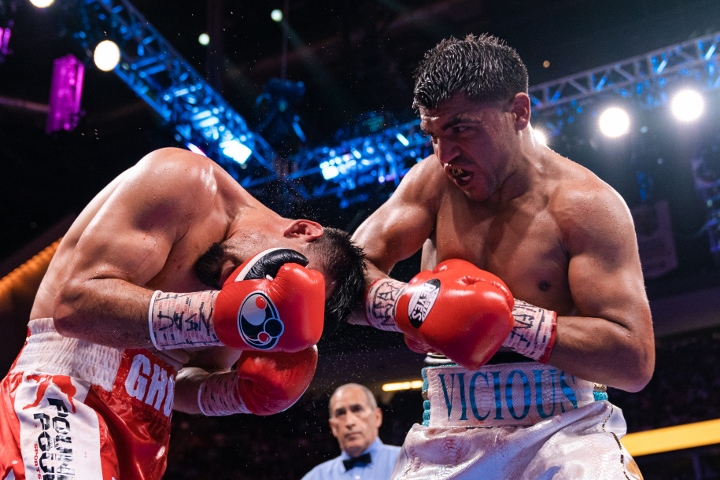 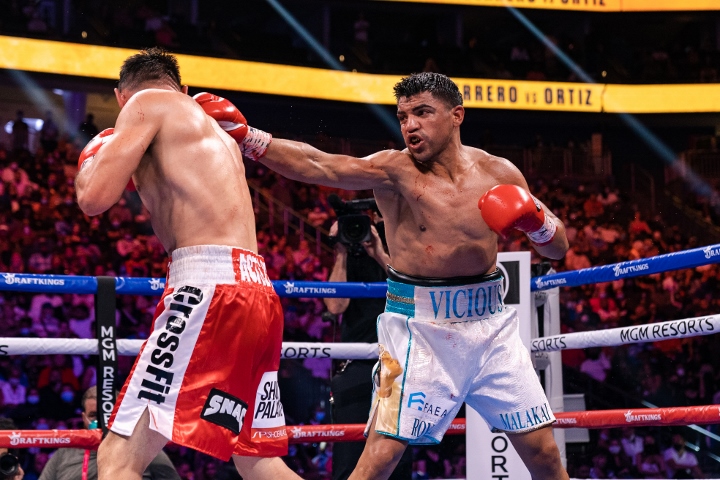 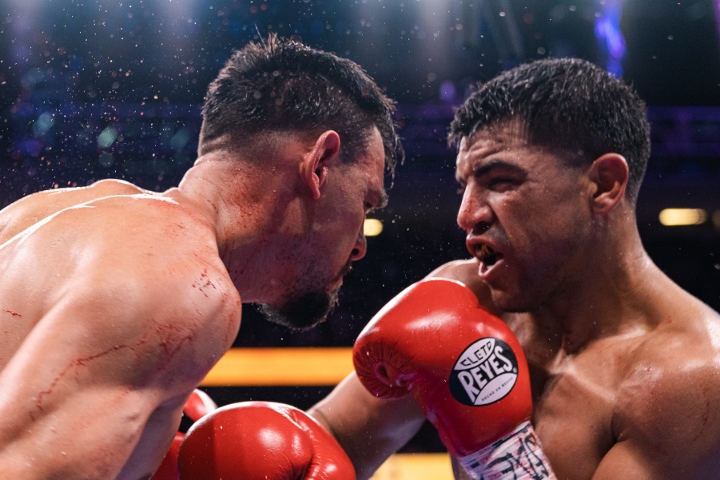 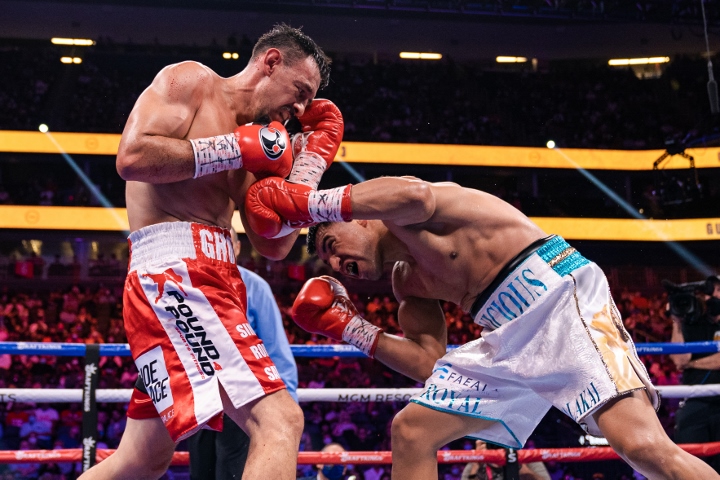 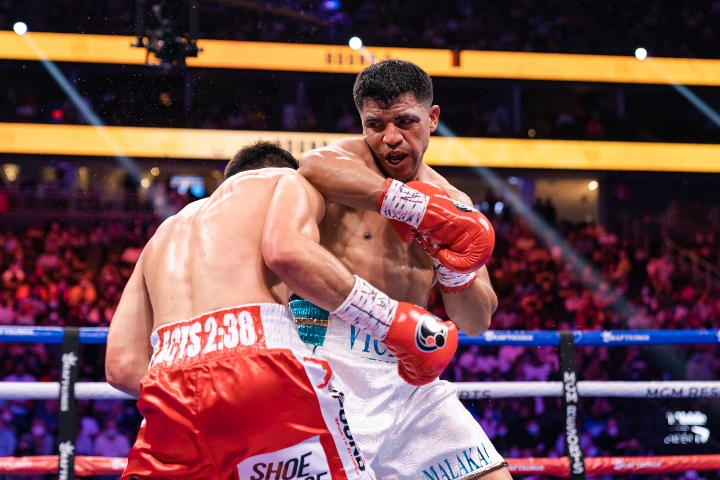 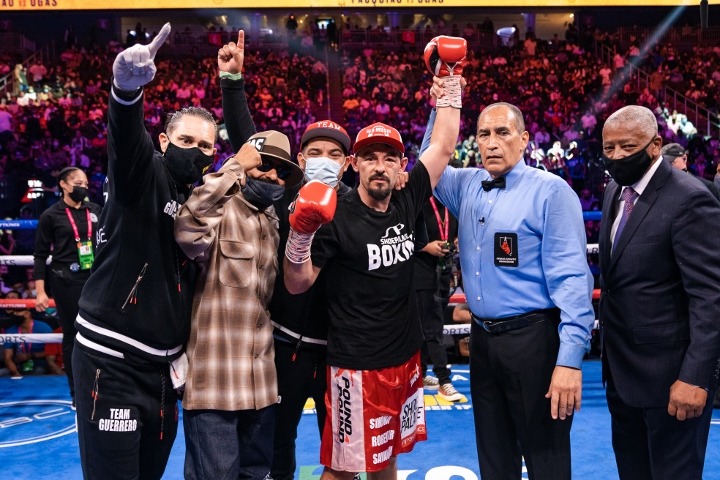