Top super welterweight contender and rising star Tim Tszyu went face-to-face with U.S. Olympian Terrell Gausha at the final press conference Thursday before they meet in the main event live on SHOWTIME this Saturday, March 26 in a Premier Boxing Champions event from The Armory in Minneapolis. (photos by Esther Lin) 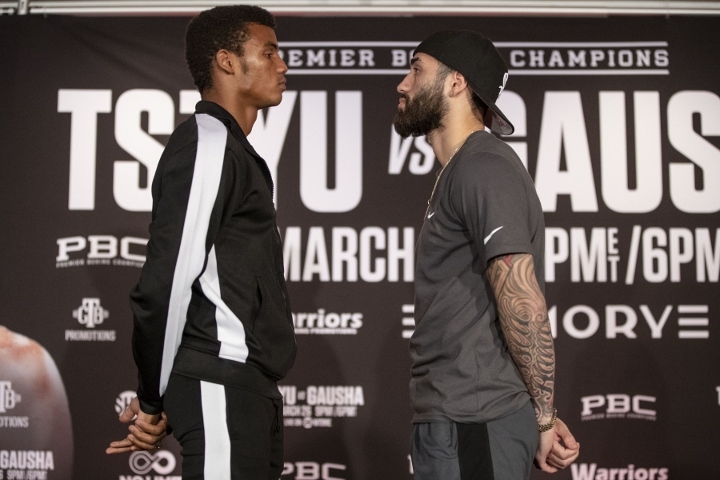 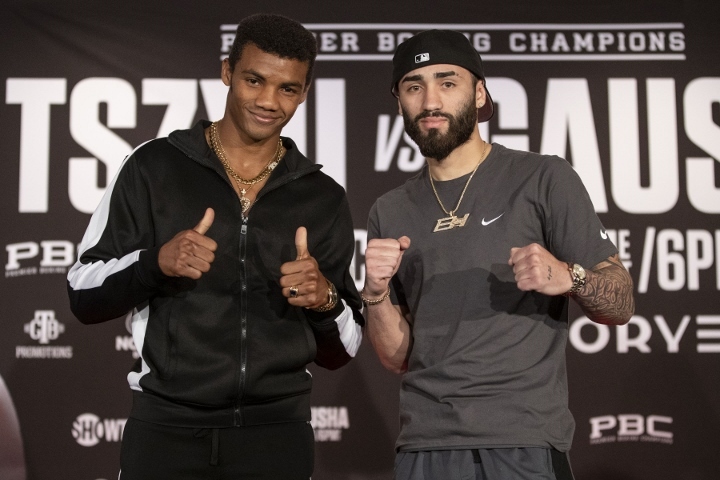 Tickets for the event, which is promoted by TGB Promotions, No Limit Boxing and Warriors Boxing, are on sale now and can be purchased at the Armory at http://ArmoryMN.com/ and through Ticketmaster. 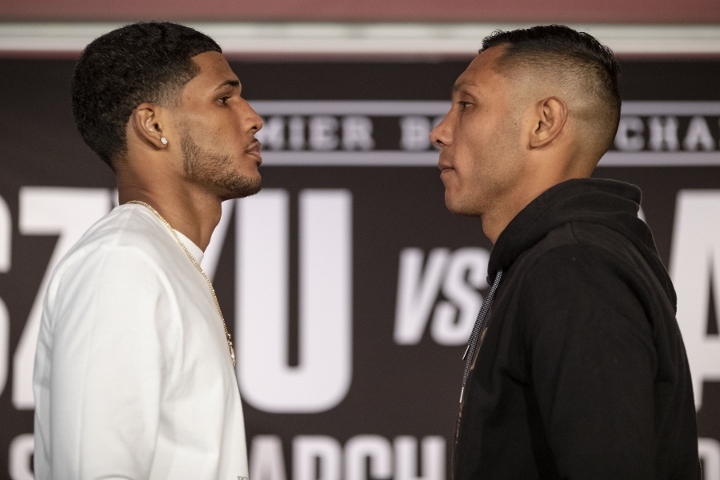 The son of Hall of Famer Kostya Tszyu, Tim Tszyu makes his stateside debut after establishing himself in his native Australia as one of the most dangerous contenders in the stacked 154-pound division. He’ll look to move closer to a world title opportunity with a win over the 2012 U.S. Olympian Gausha, who represents the toughest test of Tszyu’s career and most recently knocked out Jamontay Clark in two rounds on SHOWTIME in March 2021. 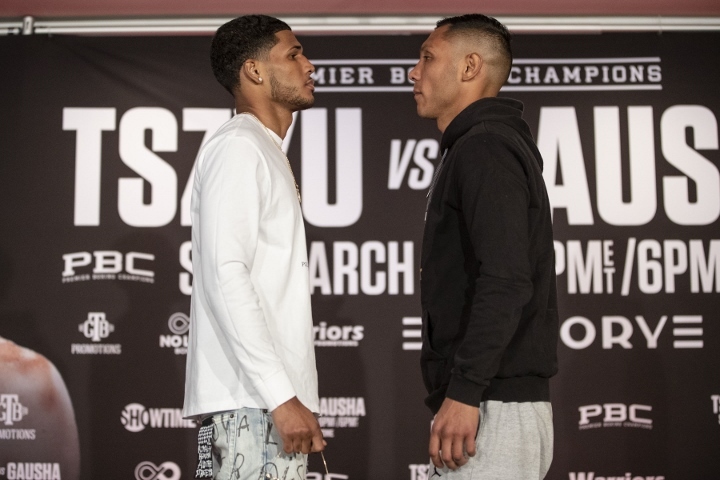 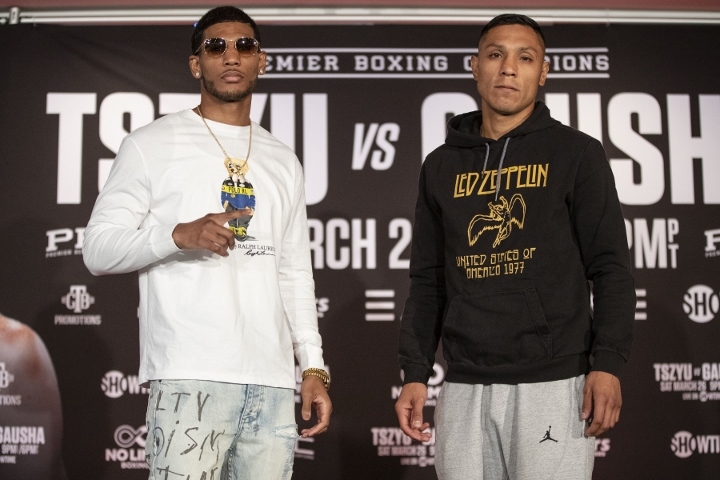 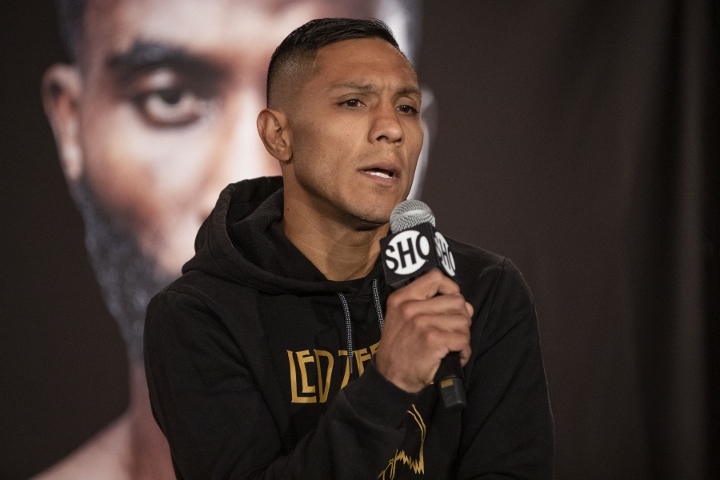 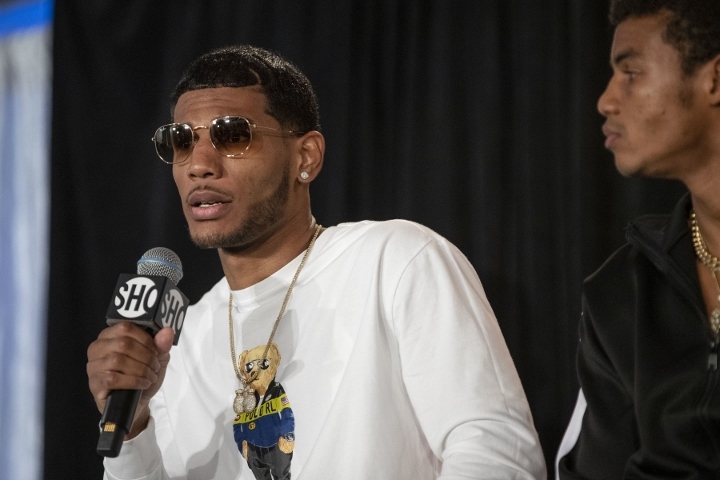 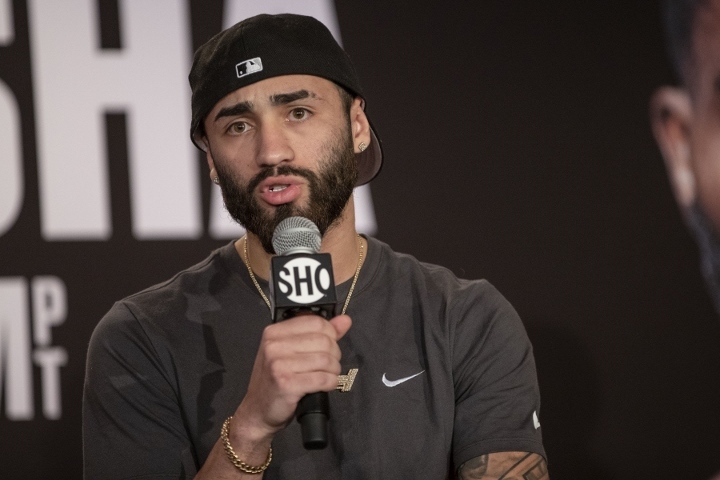 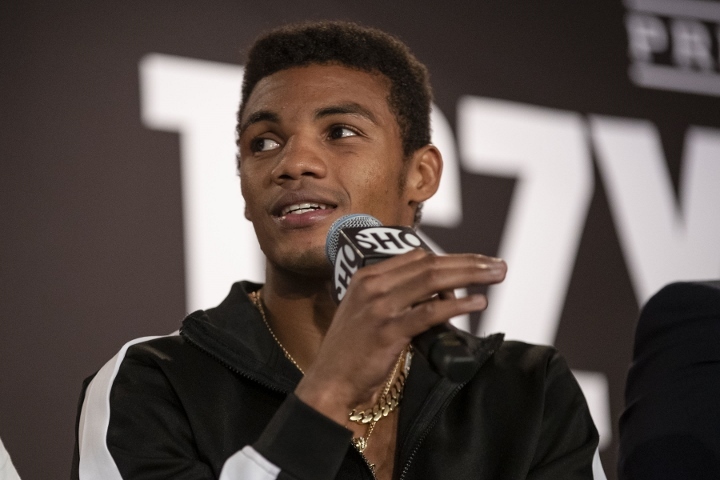 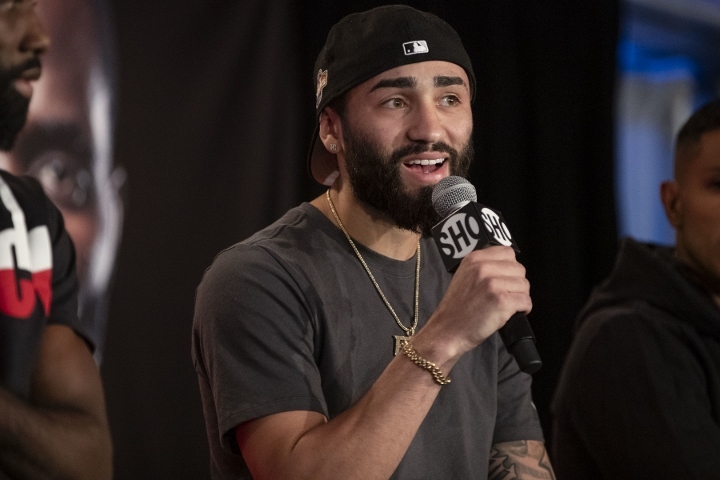 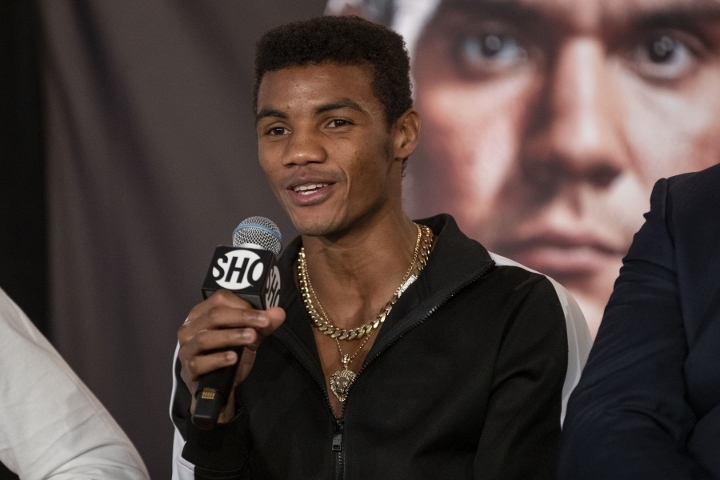