Mikey Garcia’s homecoming developed into a thunderous success, both in the ovation he drew and the punches he was throwing.

Dominating his lightweight-title unification with Robert Easter Jr. on Saturday before 12,560 at Staples Center, Garcia stripped Easter of his height and reach advantages and claimed a unanimous-decision victory. Judges scored the bout 116-111, 117-110 and 118-109.

Garcia (39-0) added Easter’s International Boxing Federation belt to his own World Boxing Council 135-pound belt, and the 30-year-old fighter from Oxnard is expected to press for a shot at unbeaten welterweight champion Errol Spence Jr. later this year. 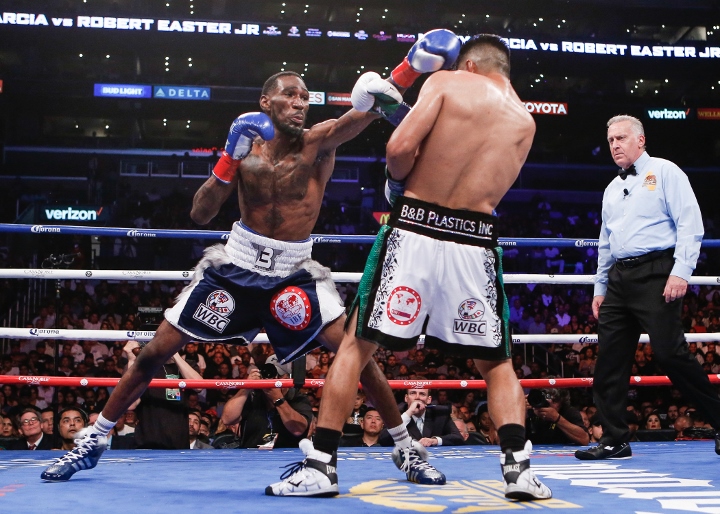 Easter (21-1) started the fight smartly relying on his speed and eight-inch reach advantage by jabbing and finding early openings. But the four-division champion Garcia calmed Easter’s effectiveness with head movement and powerful blows. 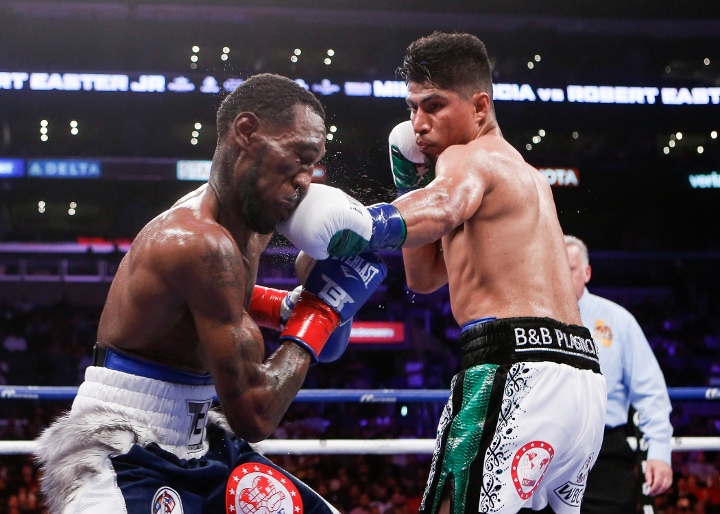 That adjustment set up Garcia’s third-round knockdown of Easter. As the harder shots landed, Garcia moved in and found Easter with a hurtful right to the head that caused the Ohio fighter to fall into range for a hard left to the head that sent him down. 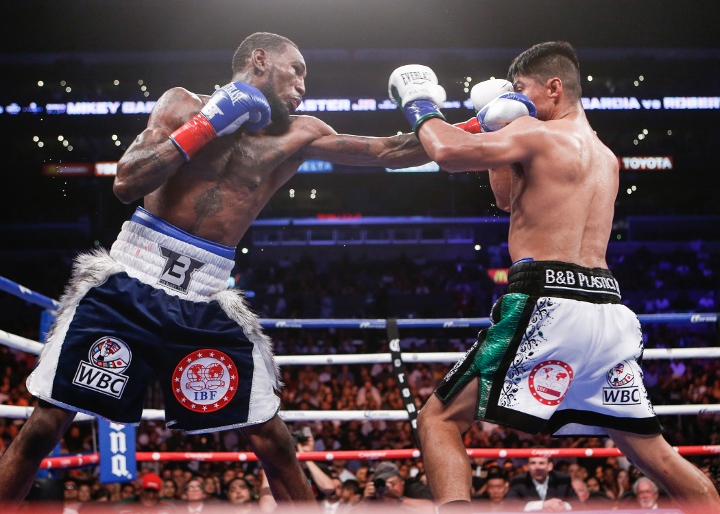 Easter’s wariness of those punches was palpable in the following rounds and Garcia sent several reminders to define the middle rounds, including two pounding rights that sent Easter backward toward the close of the seventh. 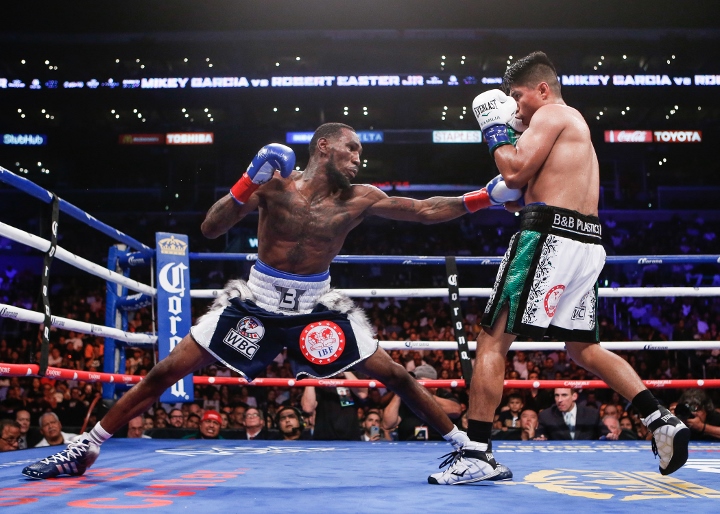 By the eighth, Easter’s retreat was so obvious it drew jeers from those attending Garcia’s first headlining fight at Staples Center. 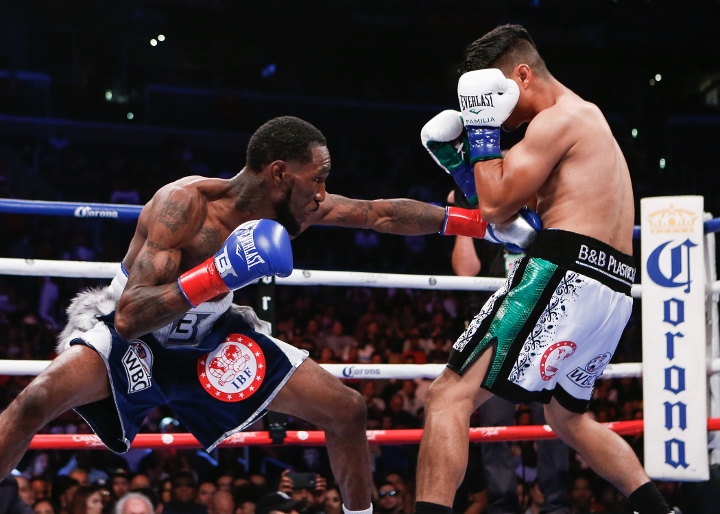 Easter tried a final stand in the ninth with an impressive combination, but it was quickly reduced to an afterthought thanks to a slew of body shots and blows by Garcia that again backed up Easter and brought the crowd to roar “Mi-key!” 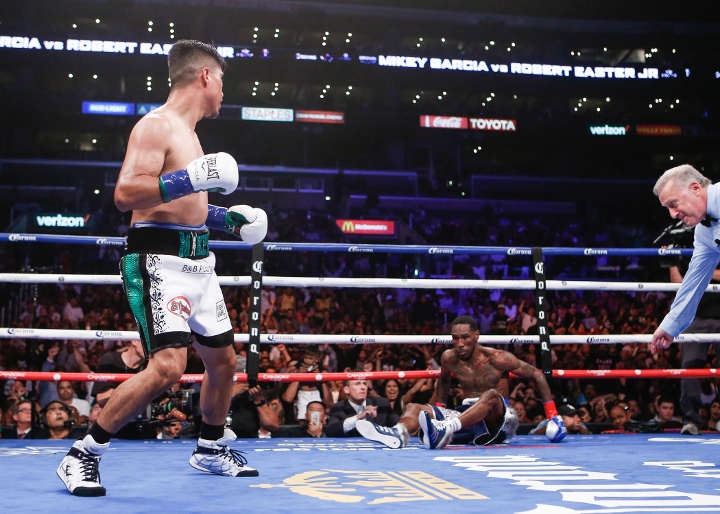 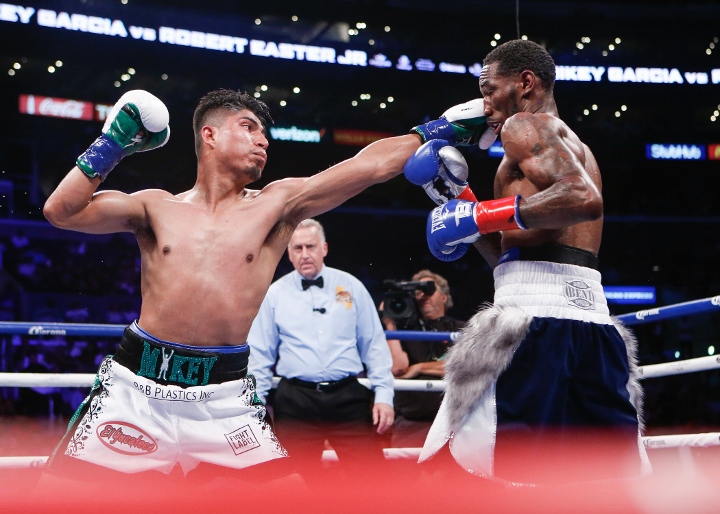 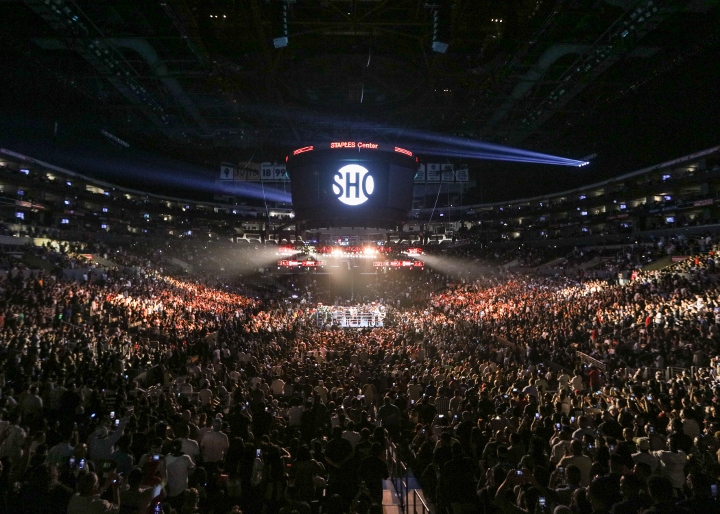 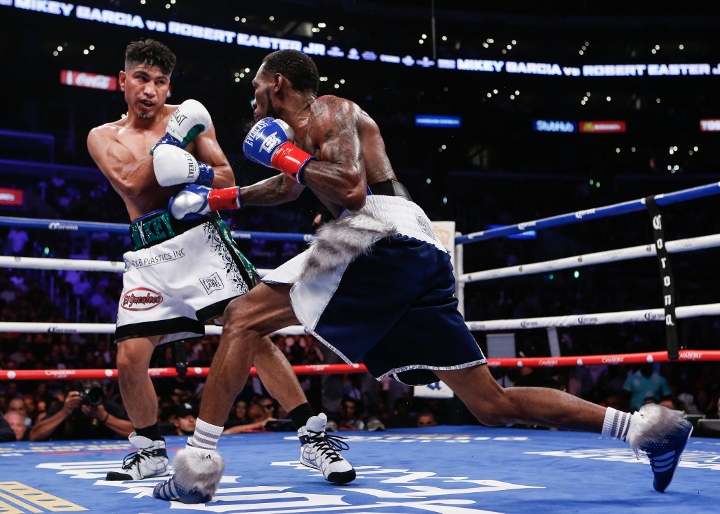 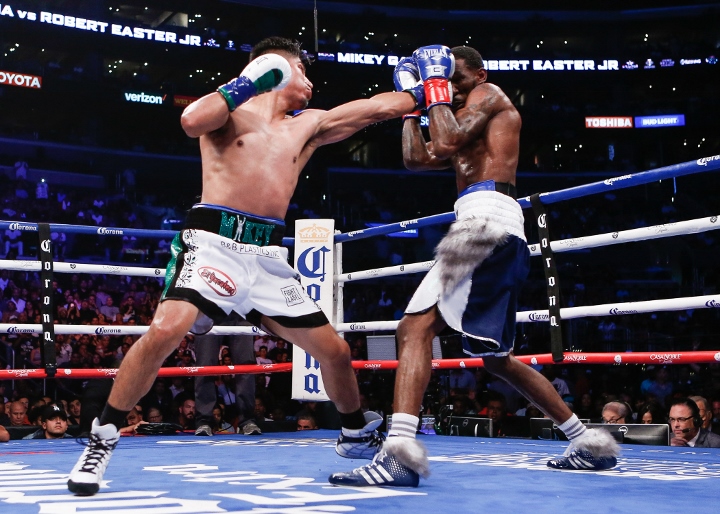 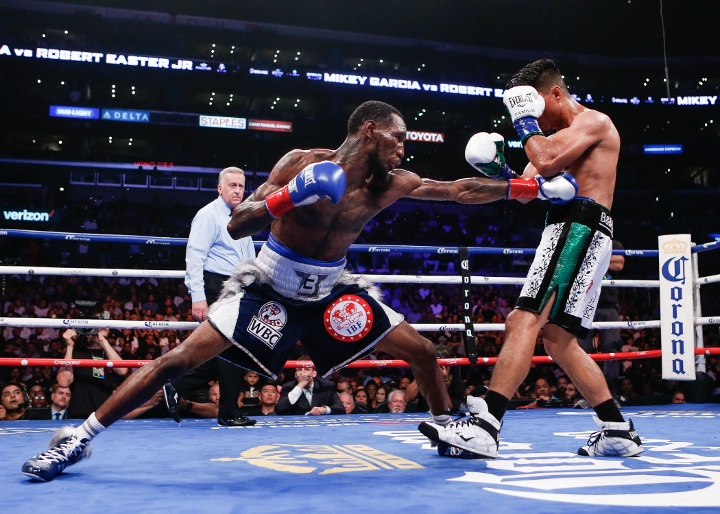 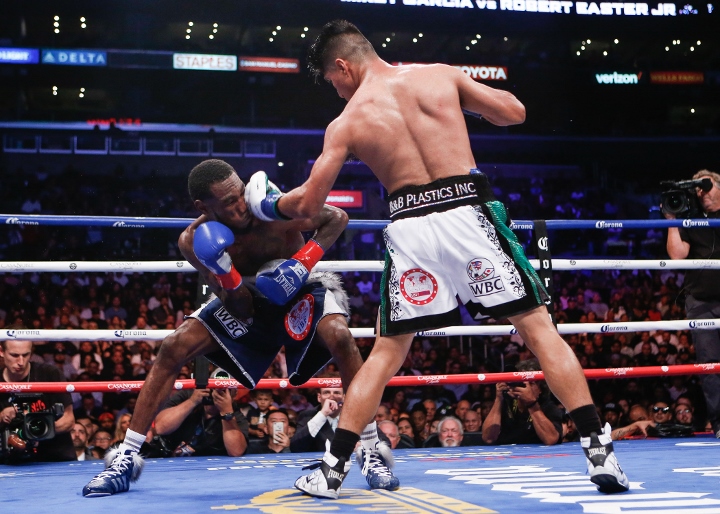 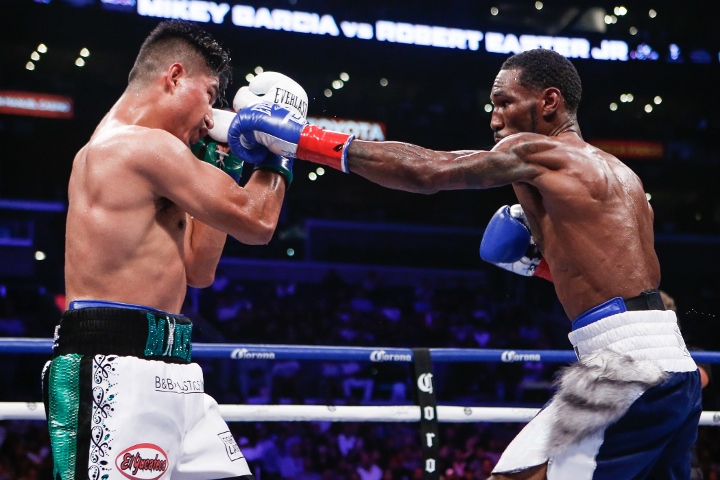 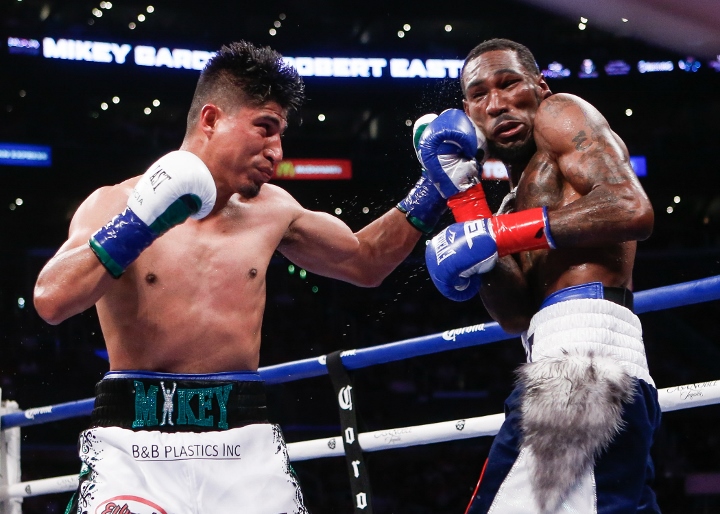 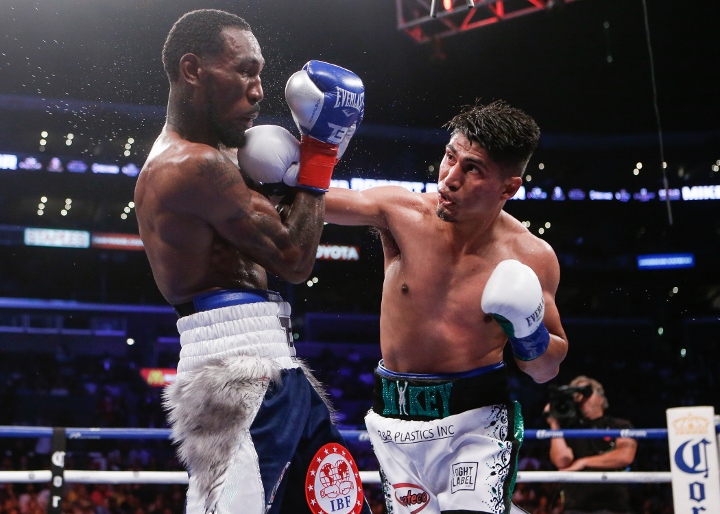 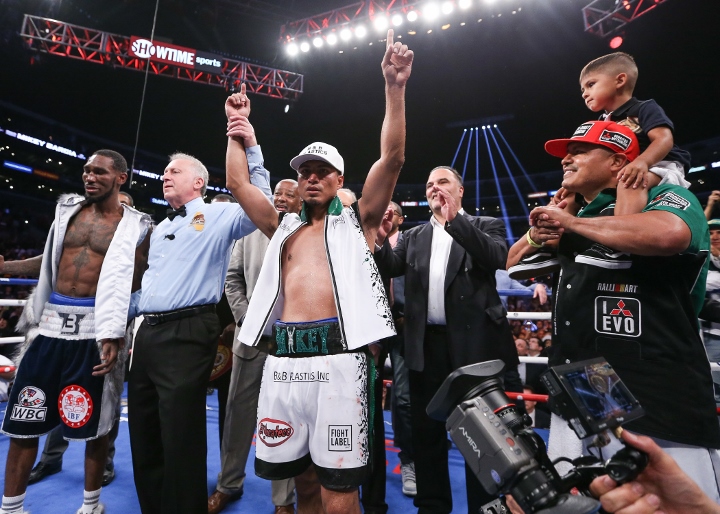 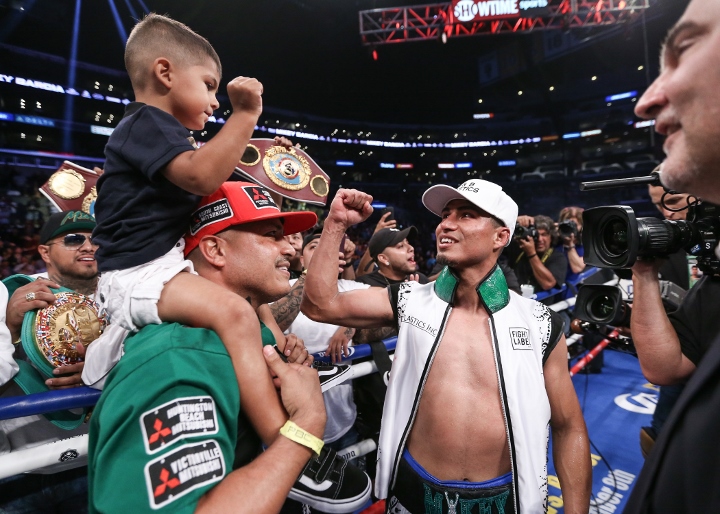 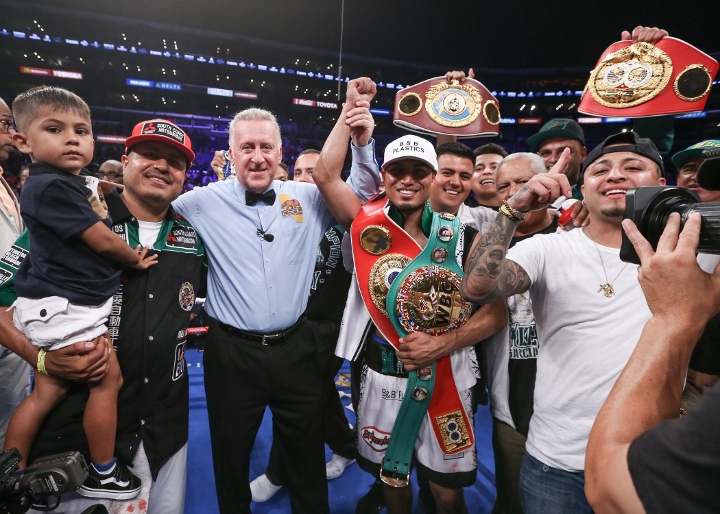 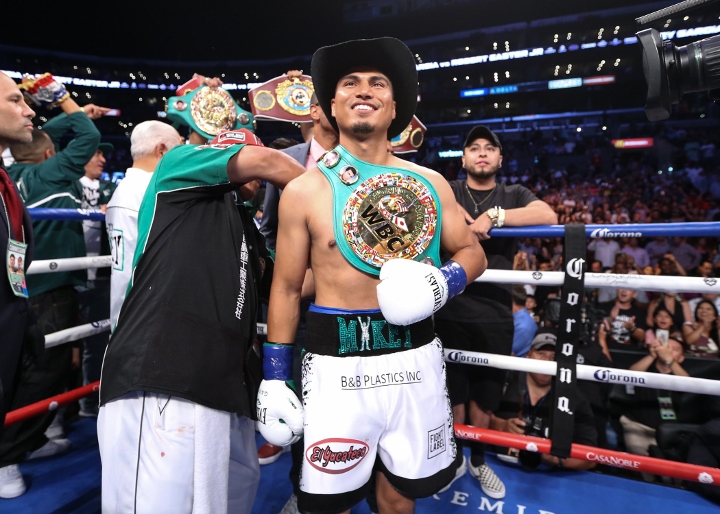