Miguel Berchelt retained his WBC super-featherweight title after dominating Francisco Vargas in their rematch on Saturday. (photos by Mikey Williams).

Berchelt needed 11 rounds when the pair met in January 2017, but he was far more convincing in Tucson, Arizona. 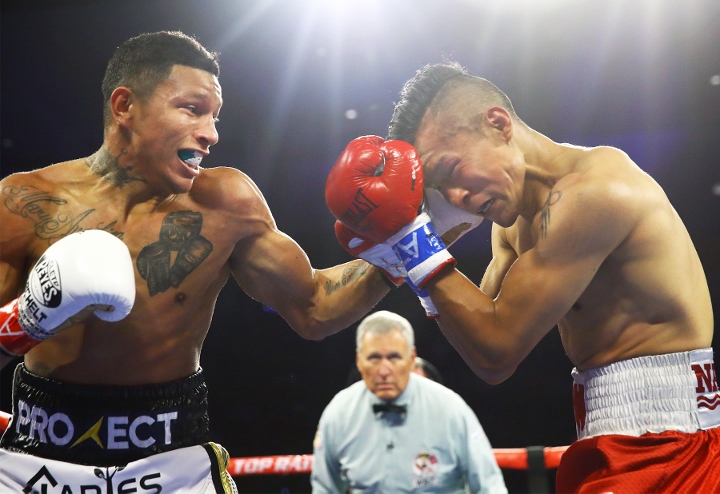 The 27-year-old was relentless and had Vargas bleeding before the latter's corner called an end to the fight after the sixth round.

Berchelt (36-1) won his title in the pair's initial bout, and he has now defended successfully five times to extend his winning streak to 15. 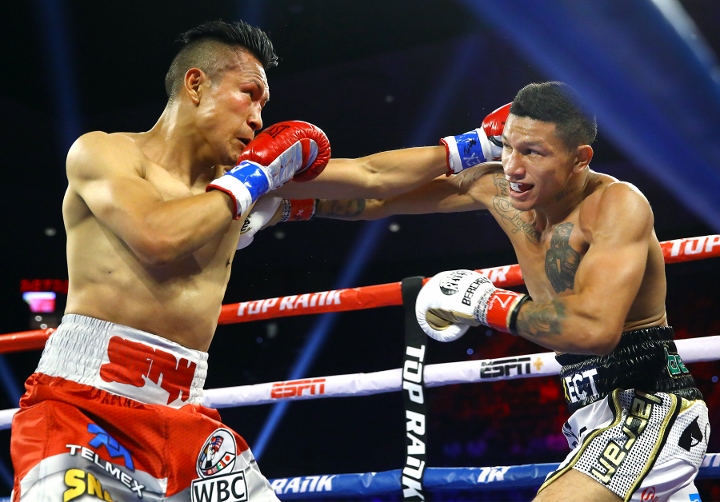 "He gave me a shot to win my title, I wanted to give him a chance to win it back," he said after his win.

"His corner did the right thing by stopping the fight." 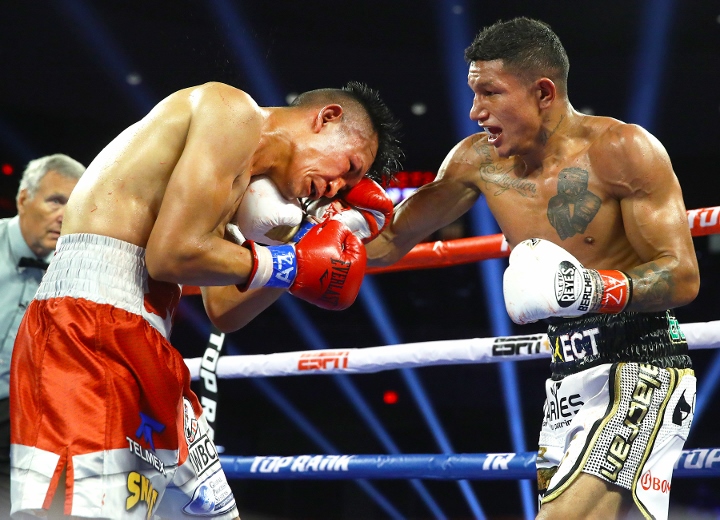 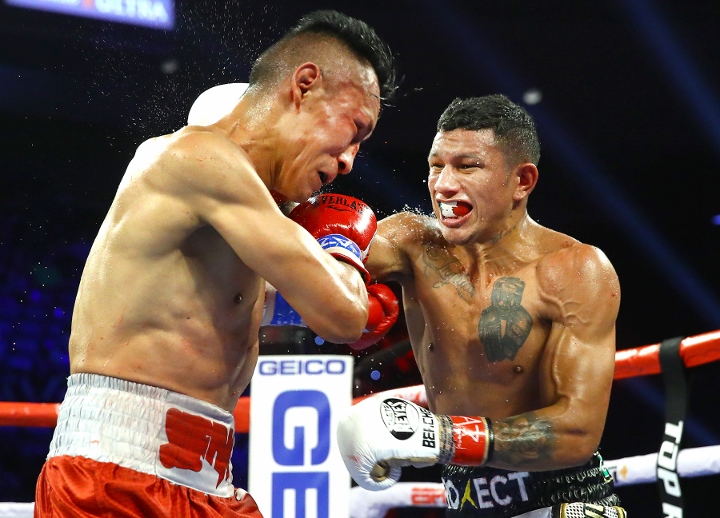 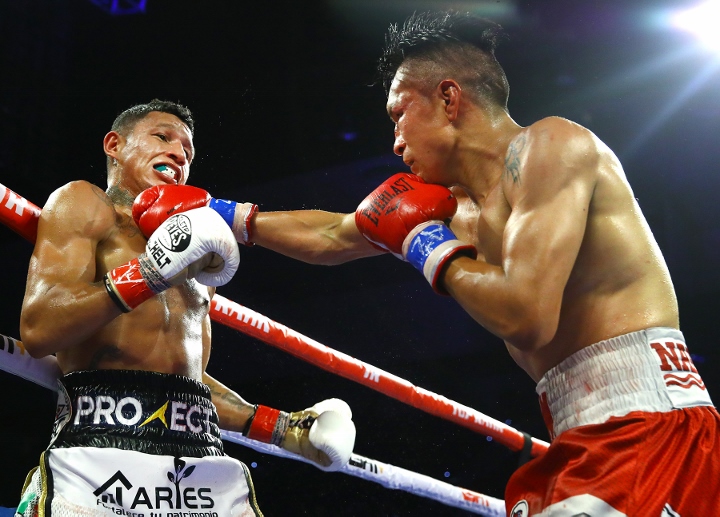 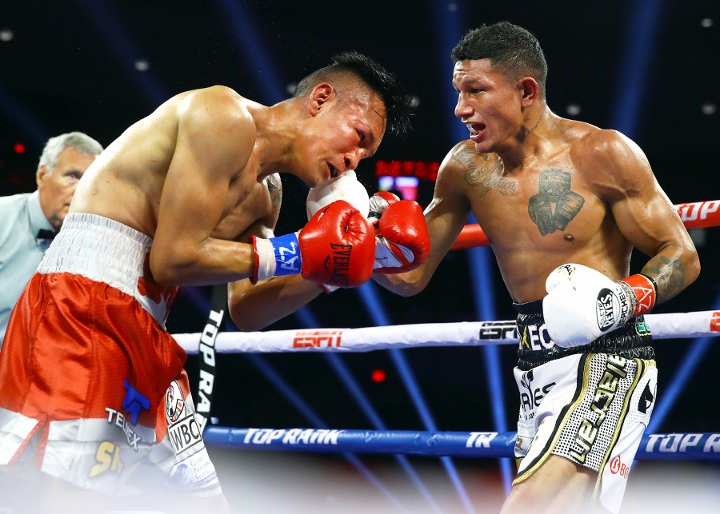 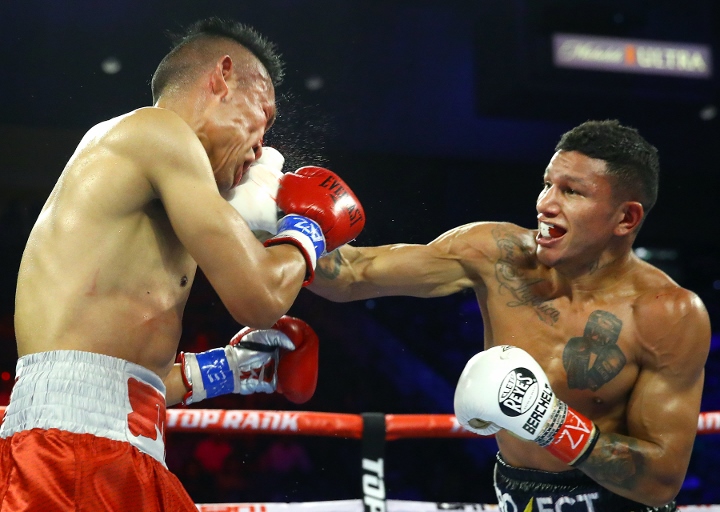 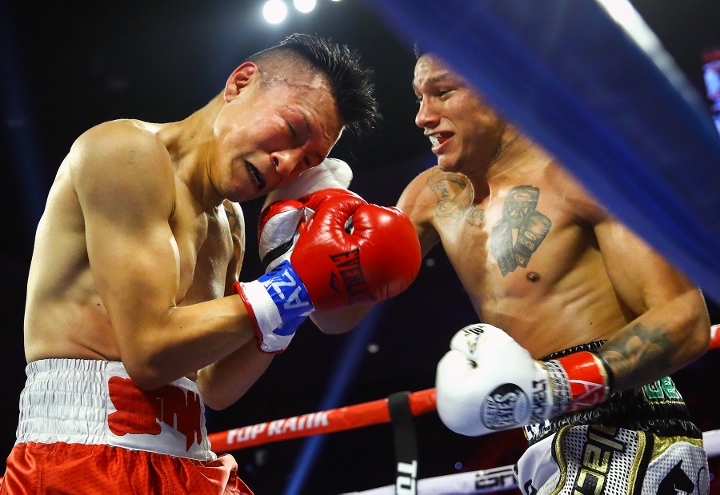 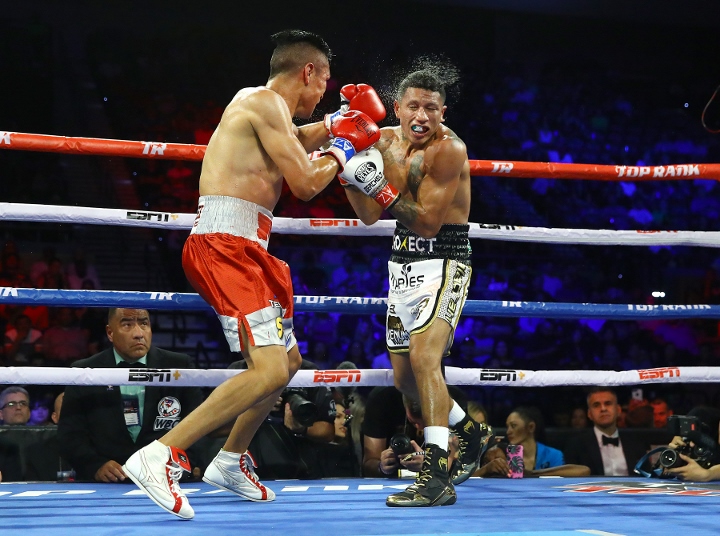 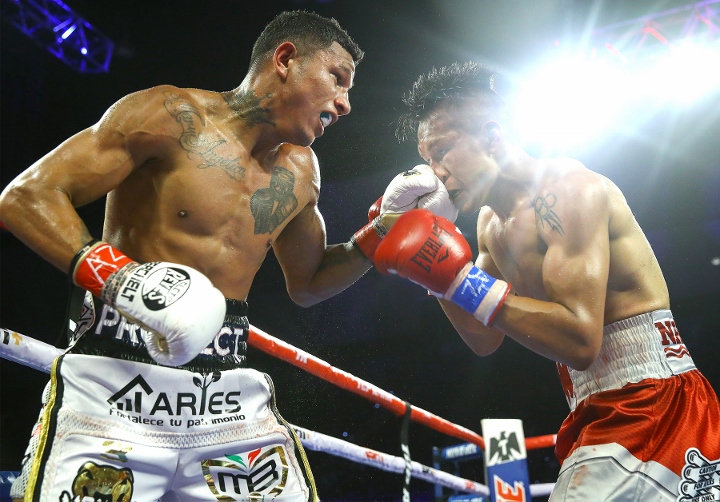 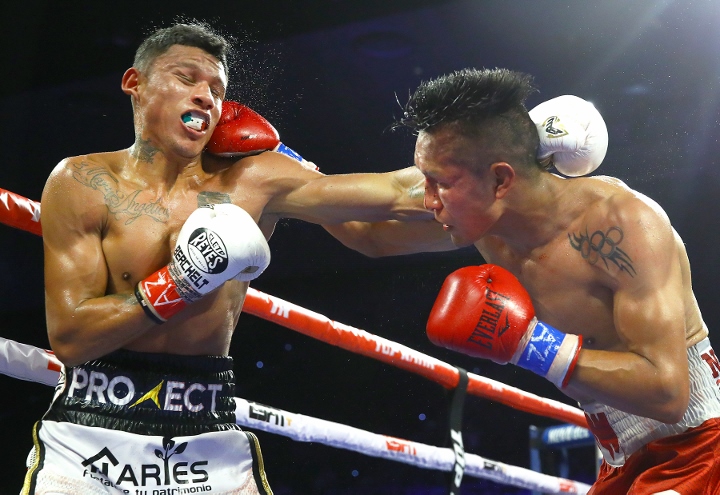 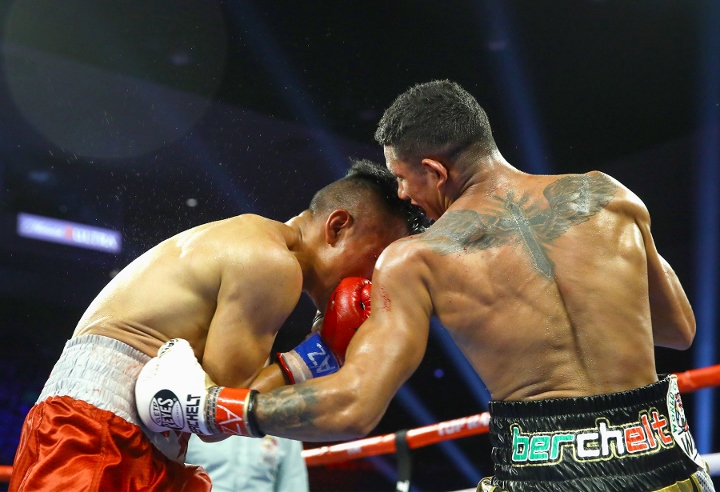 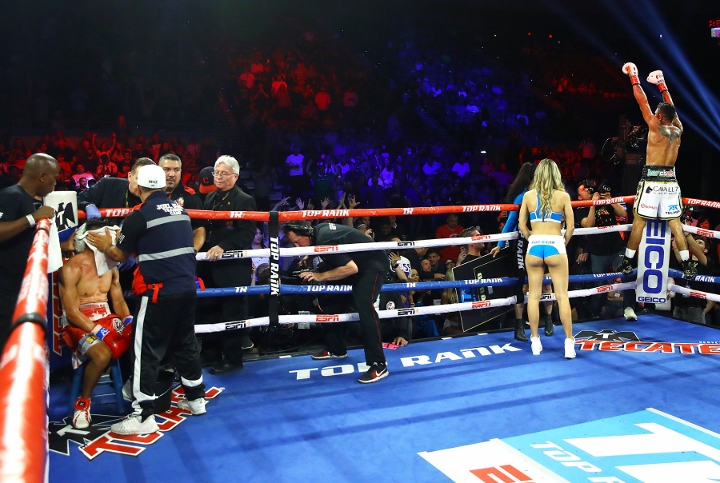 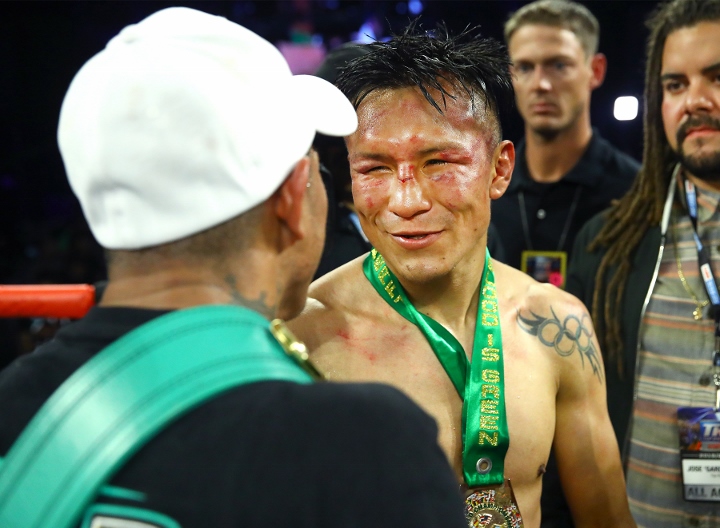 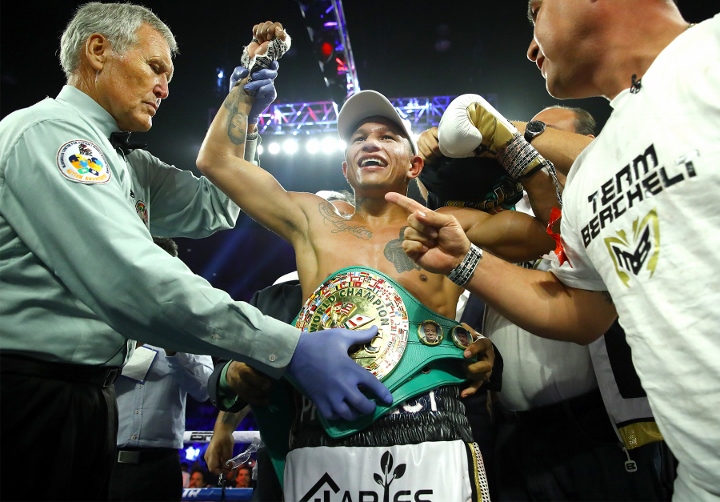 Time to hang them up vargas! Berchelt is a fkn beast! Bring on tank or loma!

[QUOTE=ShoulderRoll;19737666]You think he's better than Gallo Estrada?[/QUOTE] No way he is better than Estrada!