Featherweight contender Michael "Mick" Conlan (16-1, 8 KOs), the two-time Irish Olympian and Belfast native, makes his long-awaited ring return this Saturday, Aug. 6, in the 10-round main event against Miguel Marriaga (30-5, 26 KOs) at The SSE Arena Belfast. Conlan hopes to rebound from his dramatic 12th-round stoppage defeat to Leigh Wood, while Marriaga, a three-time world title challenger, is on the hunt for a fourth shot at the brass ring. (photos by Mikey Williams) 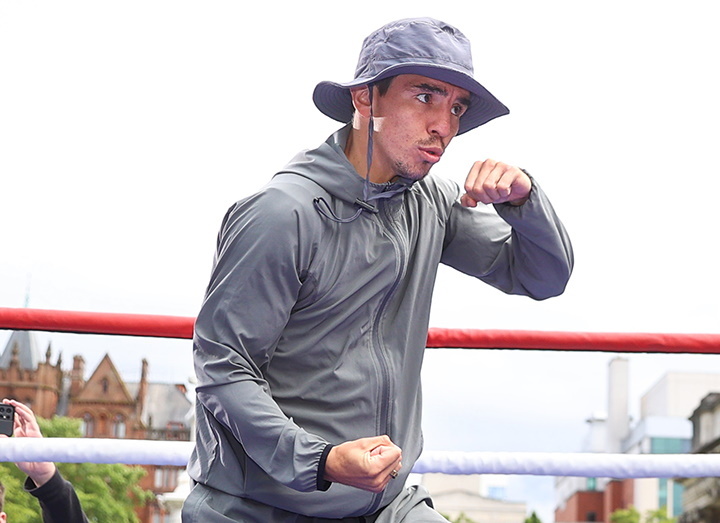 Fight week kicked off Wednesday with a media workout in Downtown Belfast, and Conlan went through the paces in front of an adoring crowd. The fans will pack The SSE Arena Belfast in three days for the fourth hometown bout of Conlan's career. 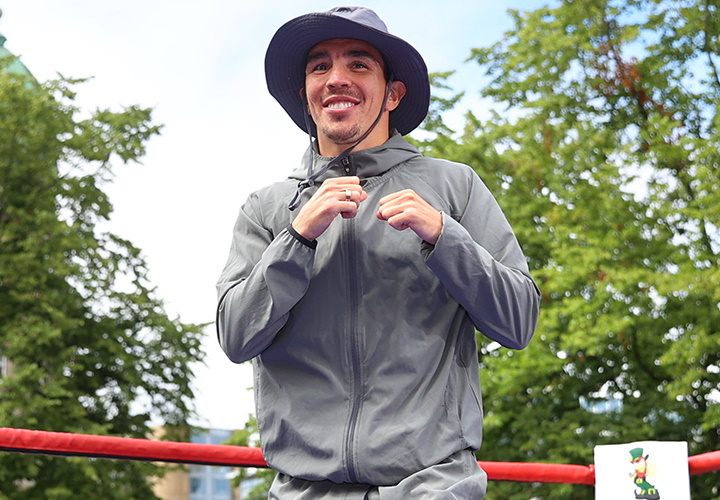 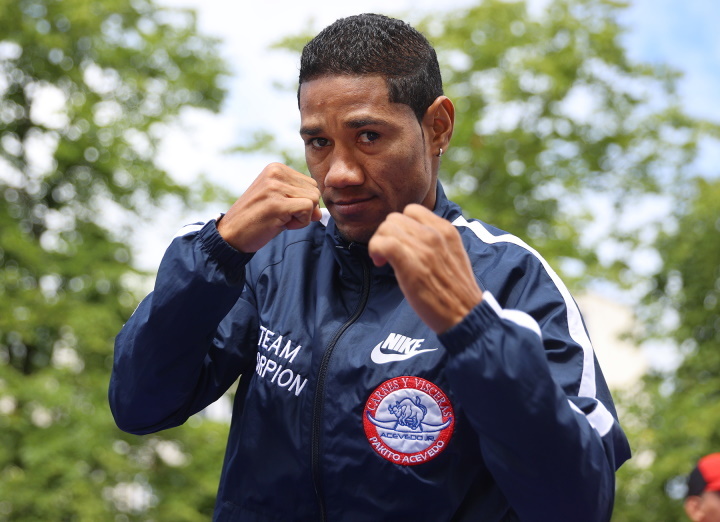 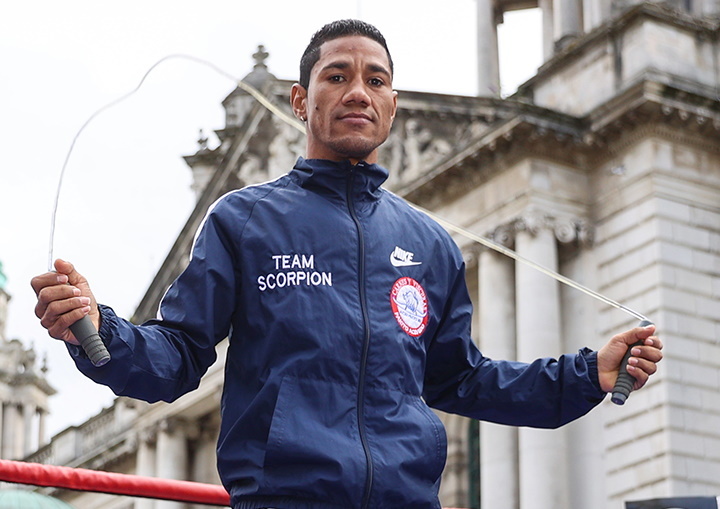 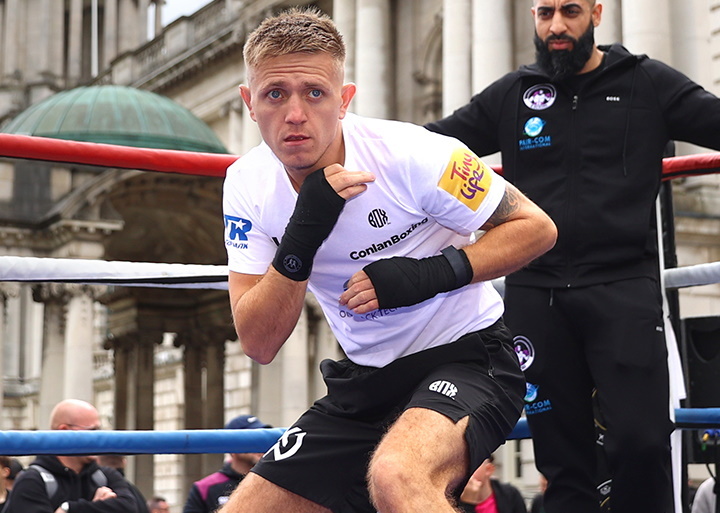 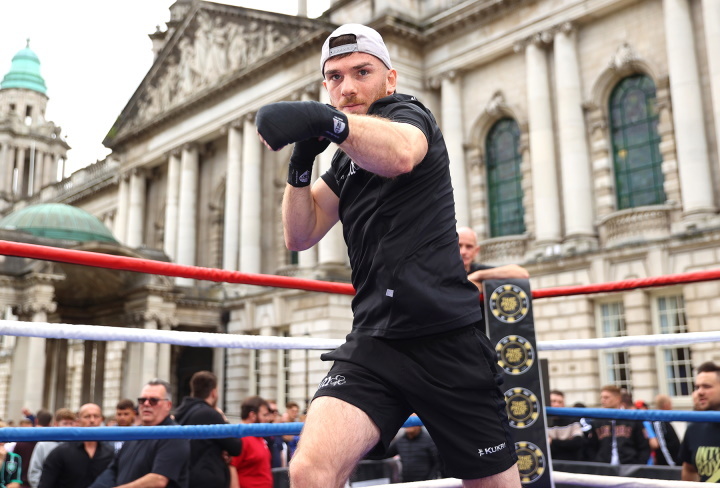 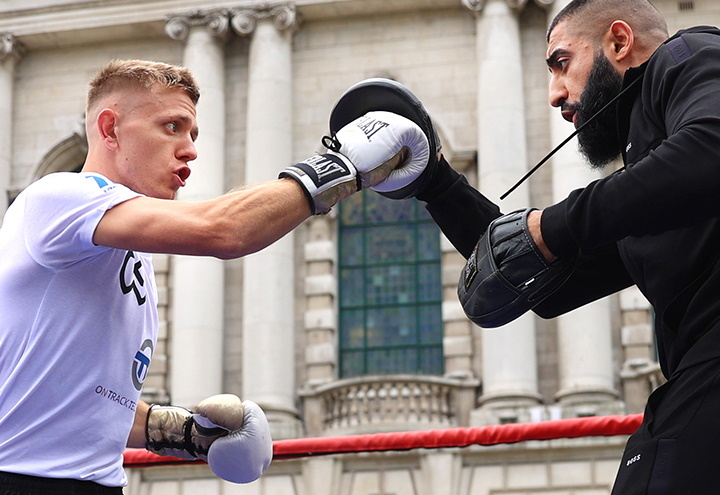 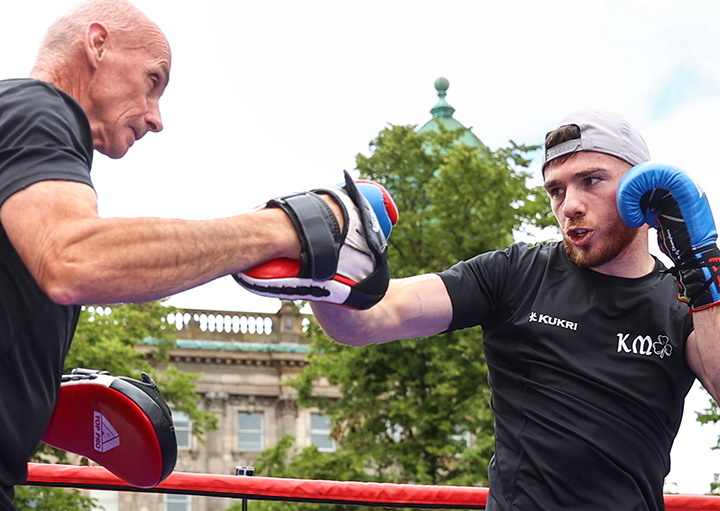