A massive crowd was in attendance at Belfast City Hall today to witness Michael Conlan get put through his paces at the open workout ahead of Saturday’s historic #MTKFightNight at Feile an Phobail. 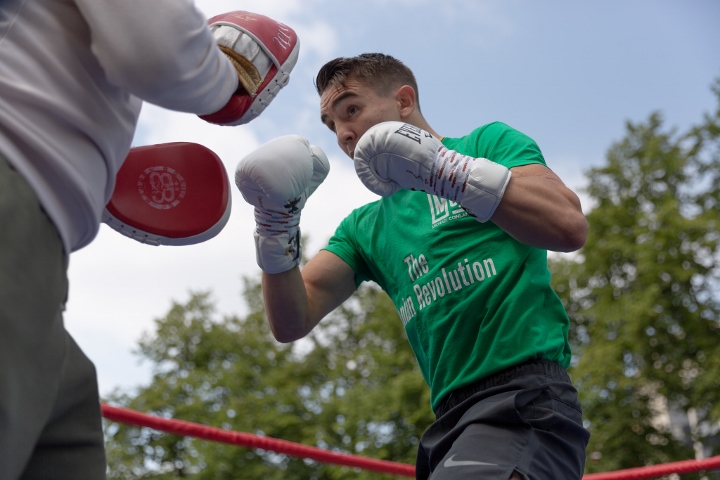 Conlan was overwhelmed with the support he received at the workout, and is excited to reward those loyal supporters with a performance to remember this weekend. 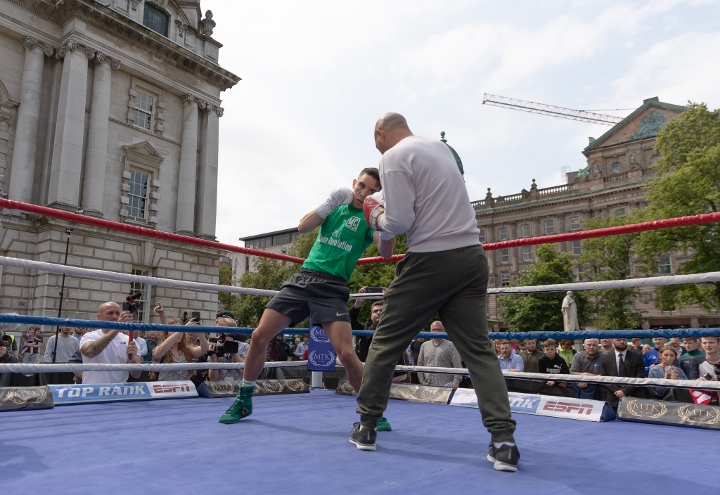 Conlan said: “It means the world to me. Having all of these fans come away from work to support me during the workouts is fantastic. The atmosphere around the fight has been phenomenal, and I can’t thank MTK Global, Feile an Phobail and Top Rank enough.

“Feile is a West Belfast festival, but with this fight it’s become about the entire country and now it’s going to be shown around the world. It’s amazing for me and for the city. 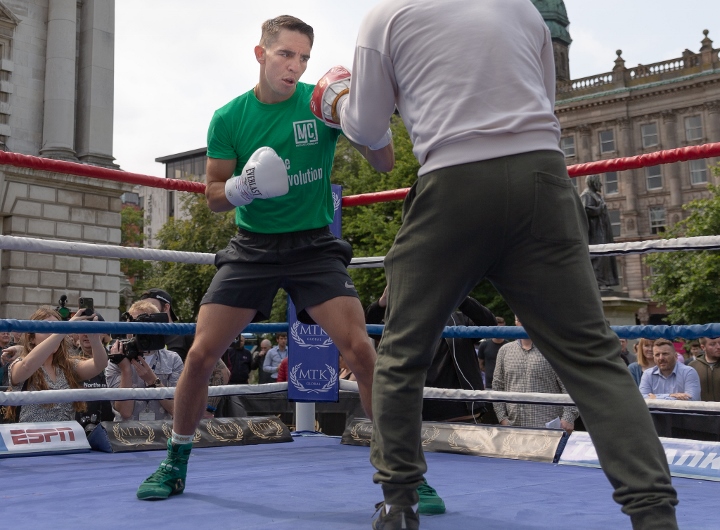 “I’m grateful to have the fight shown on these huge platforms, and for me I see that as a big achievement as I’m already doing that after only 11 fights, so it’s really special.

“An outdoors boxing event like this has never been done before in West Belfast, so for me to be the spearhead of it all is very humbling.” 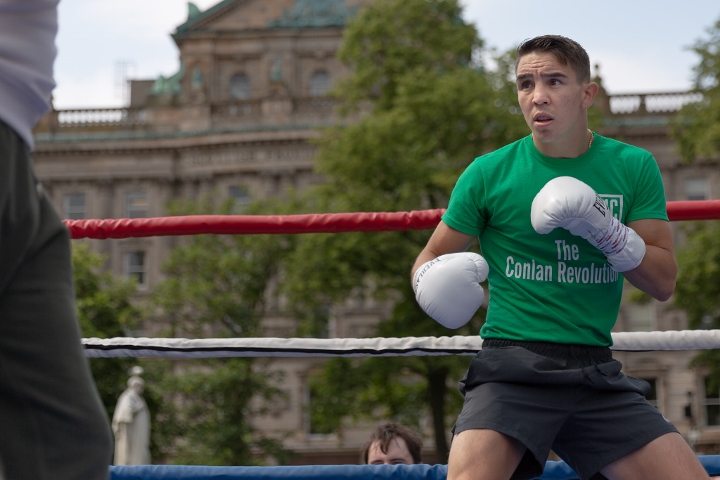 There were hundreds of fans gathered at the City Hall to see the stars of Saturday’s show, as along with Conlan, the likes of Paddy Gallagher, Luke Keeler and Paddy Barnes were also showing their skills to the passionate crowd. 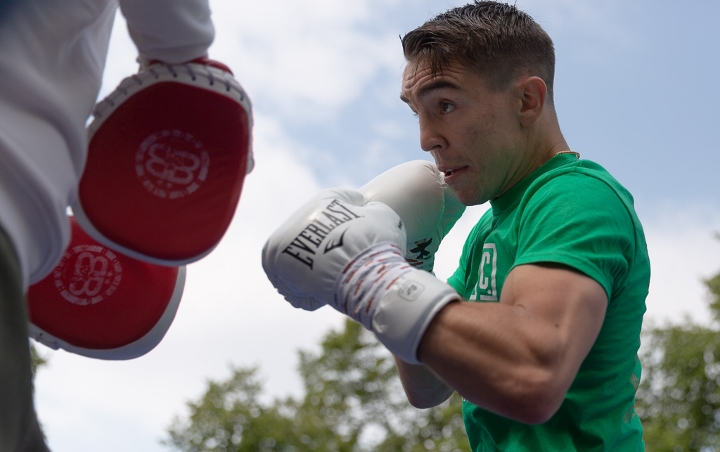 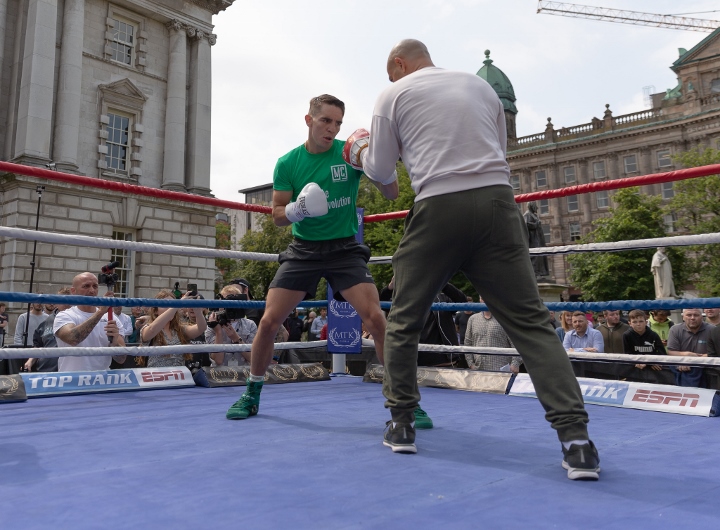 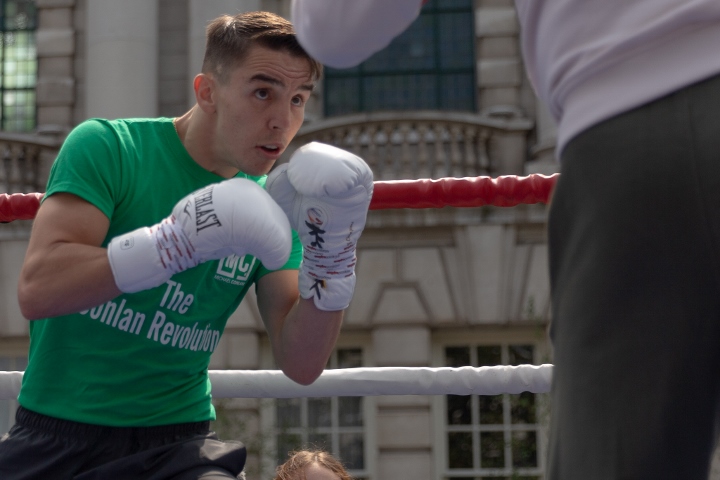 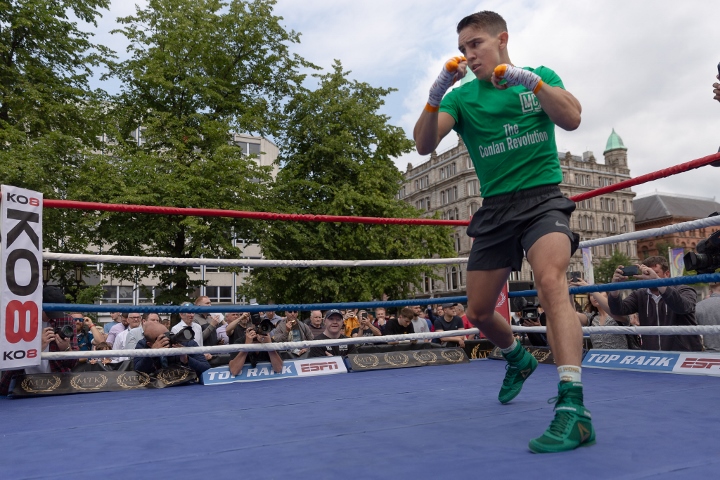 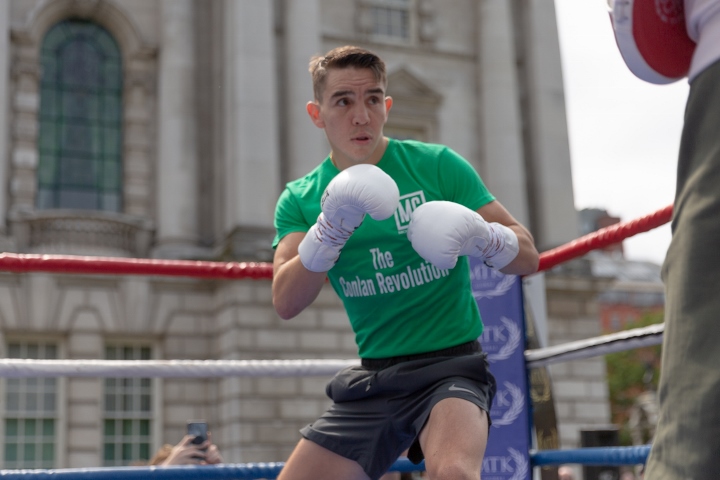 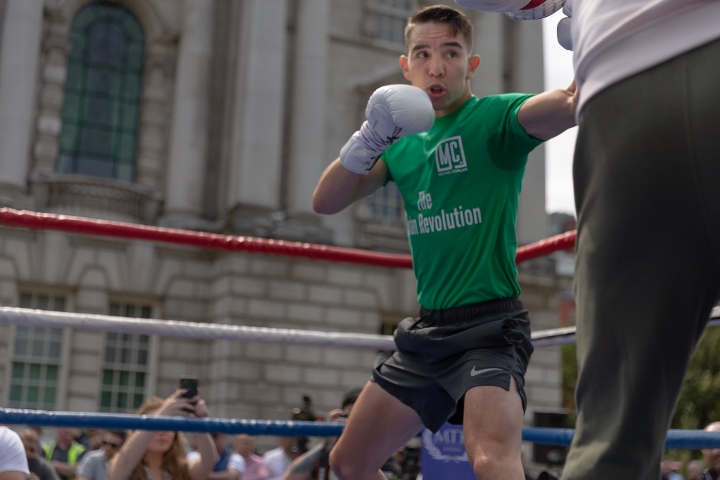 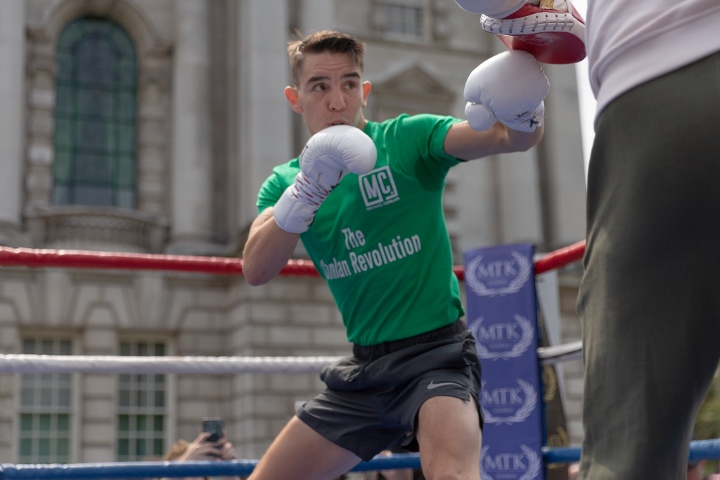 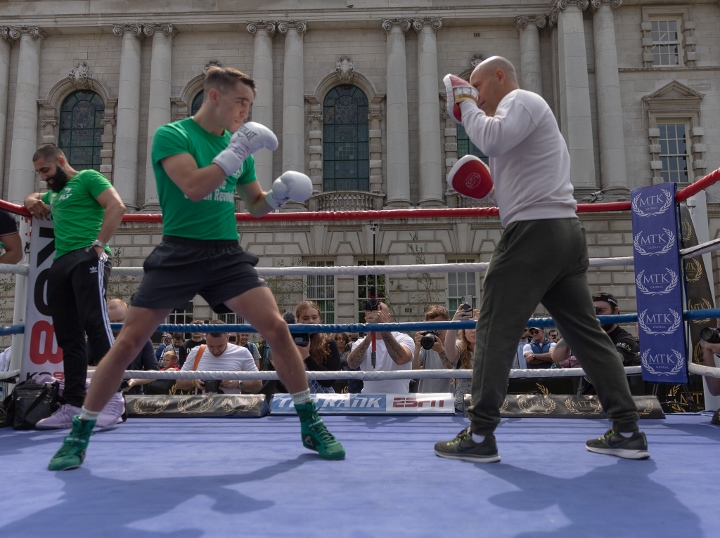