The crowd was very unhappy with the scores.

Akhmedov came out working the jab. It was very close action with Barrios working his jab as well. In the third, Barrios began to connect with crisp combinations. 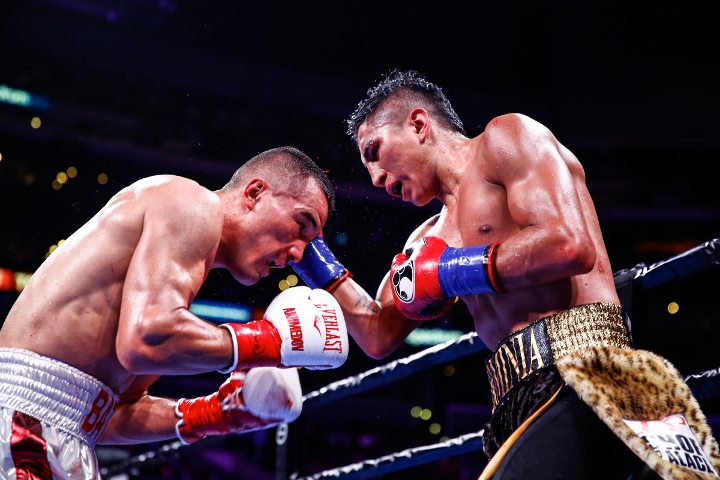 At the start of the fourth, Barrios stunned Akhmedov. He followed up with several shots that scored a knockdown when Akhmedov's gloves touched the mat as he came forward. Akhmedov recovered well and was rallying with toe to toe action against Barrios. 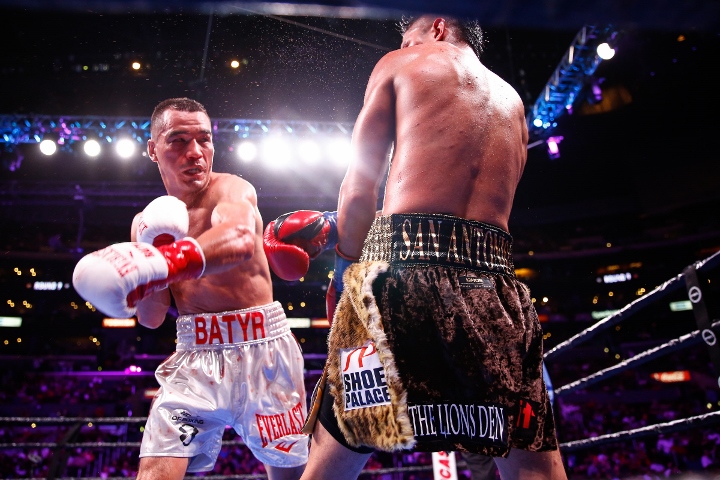 Akhmedov applied a lot of pressure in the fifth, coming forward and making it a real contact fight. Both were landing hard punches, with Akhmedov connecting very well with hard shots.  It was close in the sixth, with hard connects by both.

Akhmedov continued to rally in the seventh, with the left side of Barrios' face becoming swollen and a cut opened up around the eye. A close eight, with Akhmedov pushing forward and outlanding Barrios in the final minute. 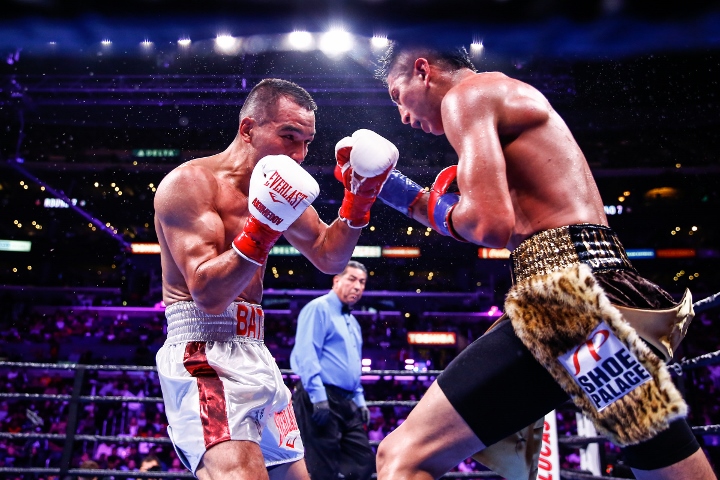 Akhmedov continued to punish Barrios during the ninth and tenth, outlanding him and pushing forward with hard punches. And the same trend continued in the eleventh round. Akhmedov was controlling the twelfth, and then he was dropped in the final twenty seconds with a hard hook on the chin. 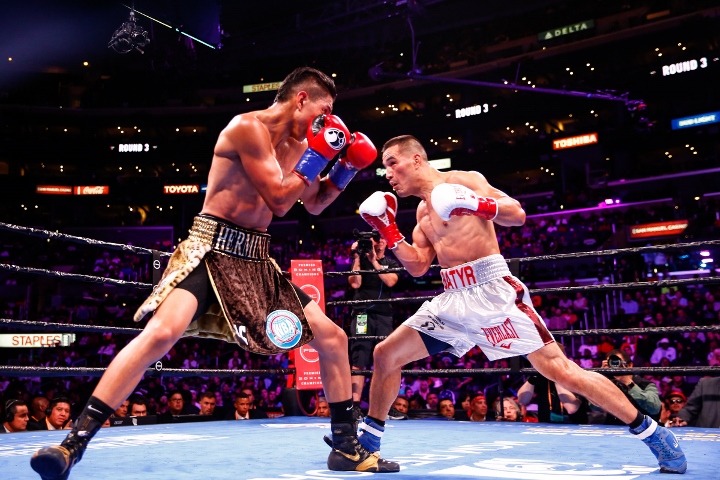 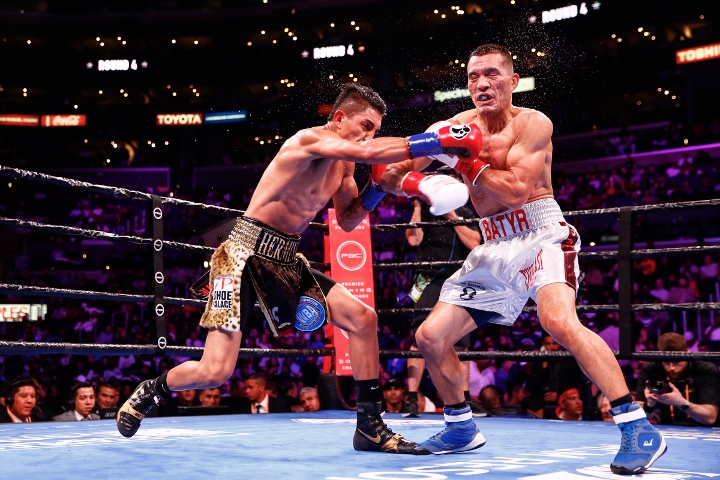 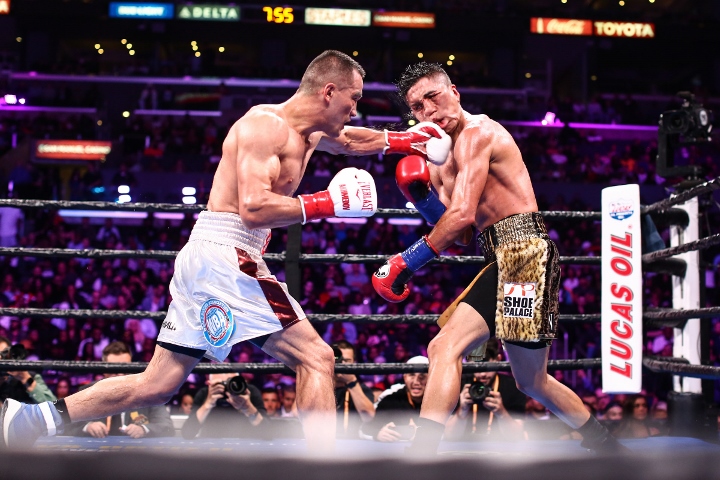 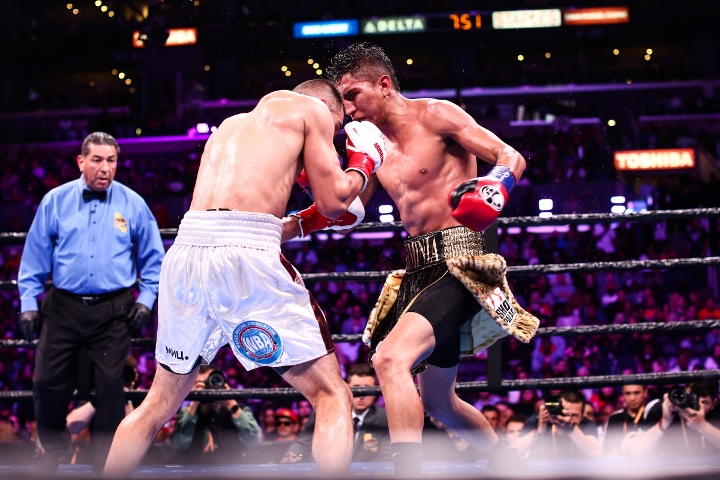 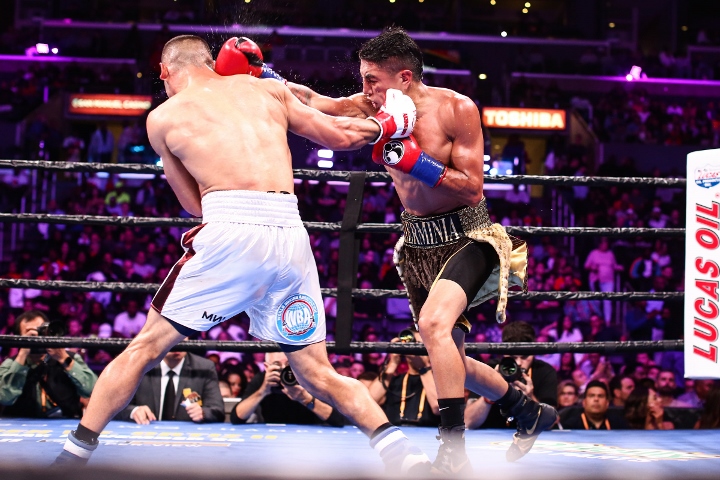 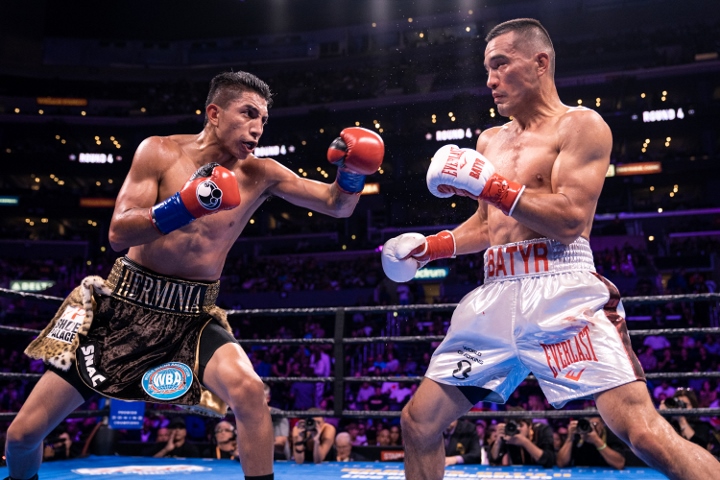 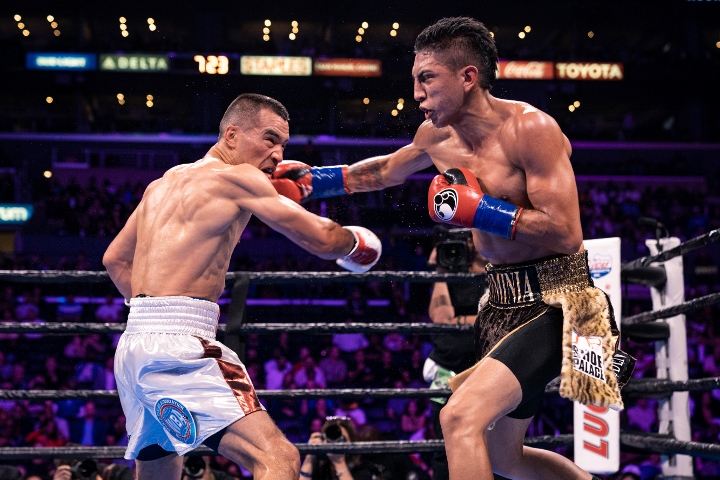 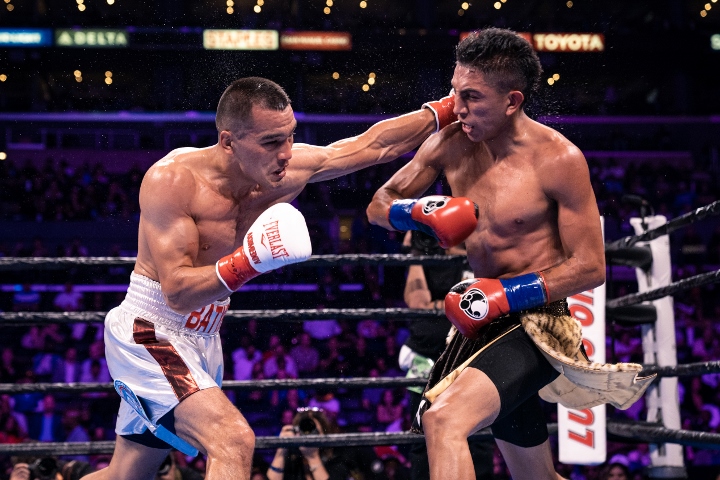 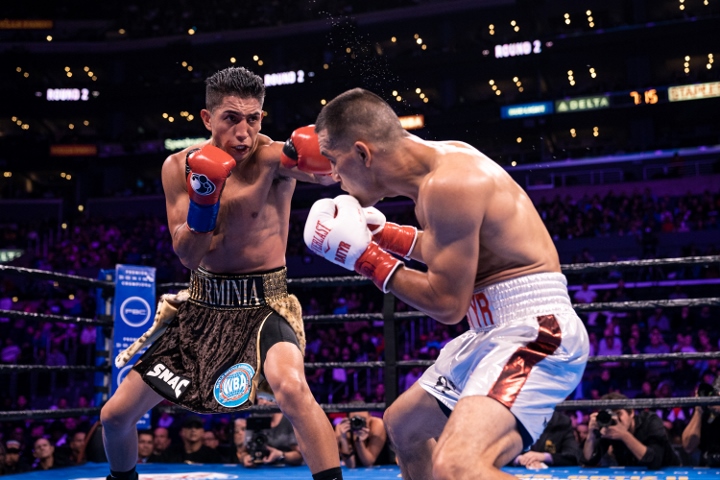 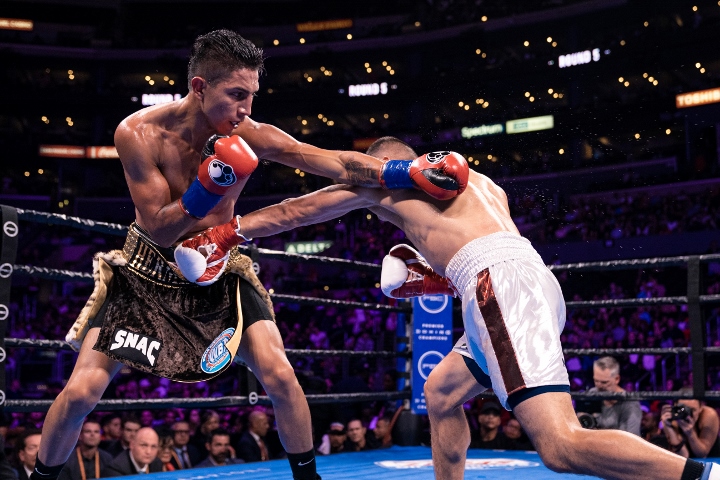 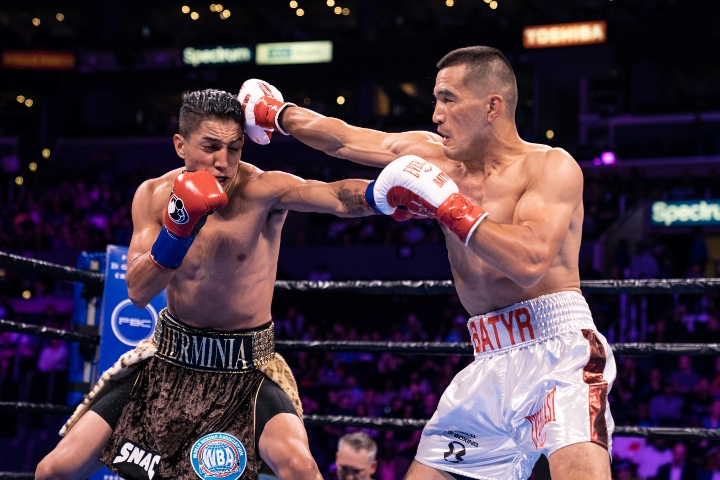 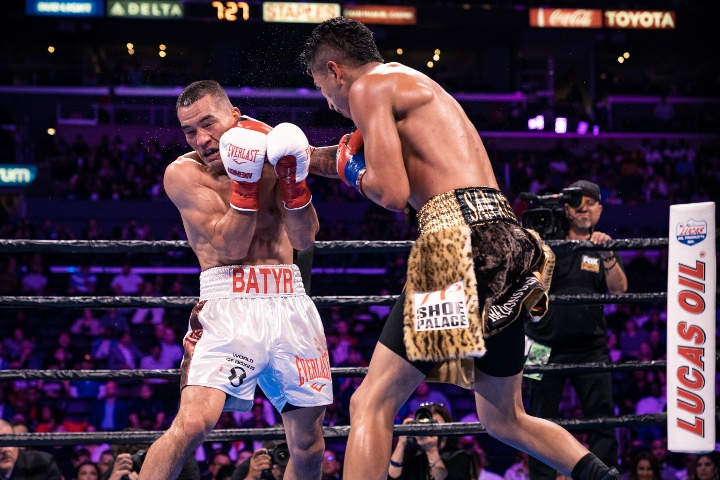 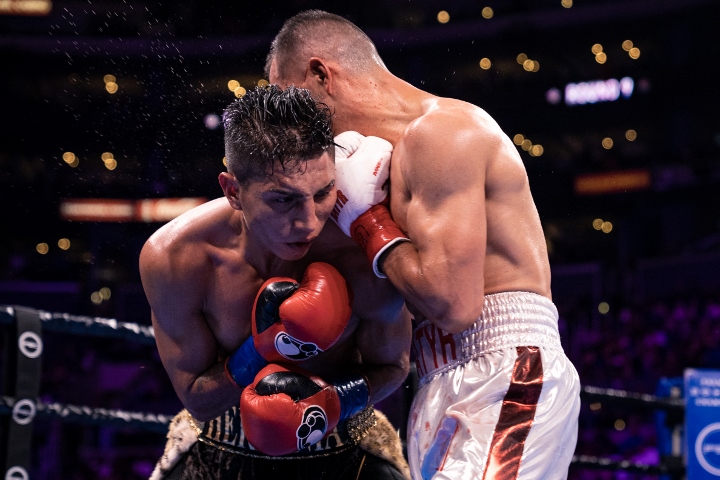 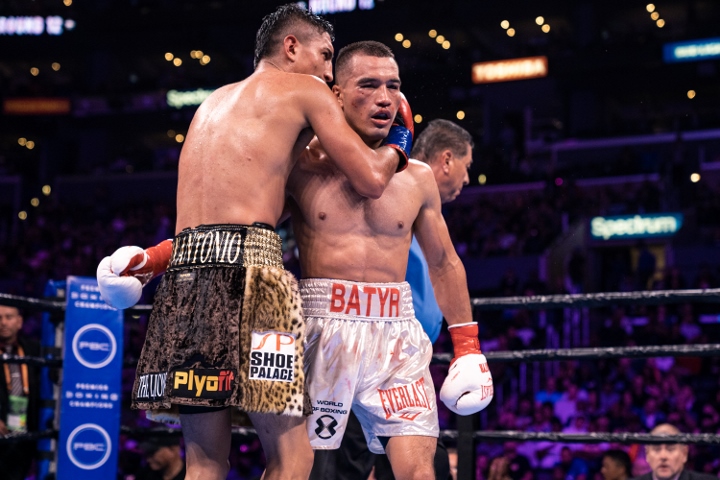 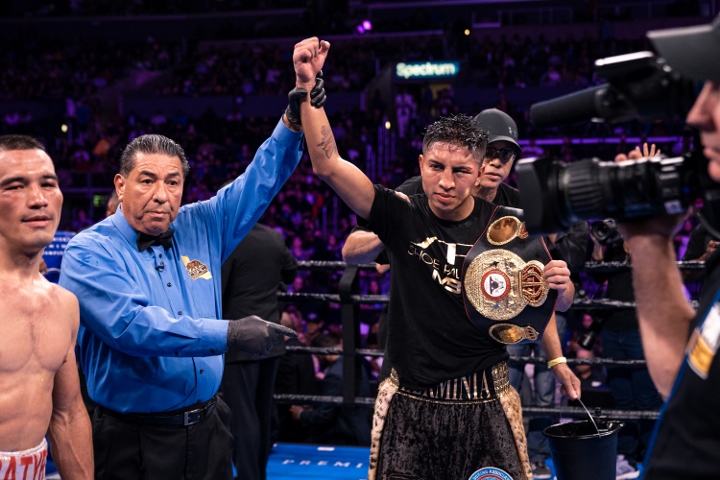