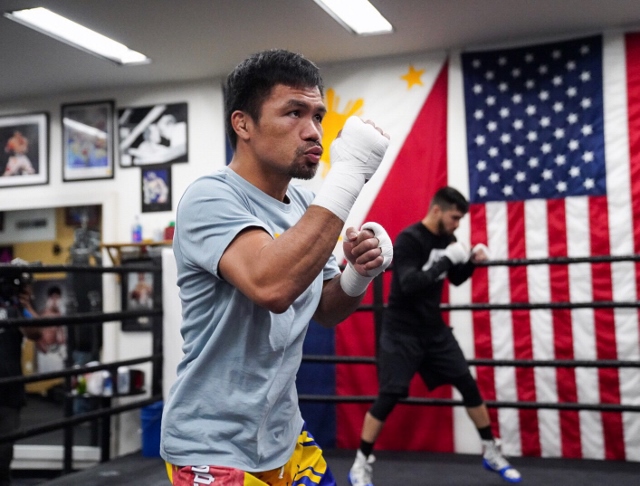 Tickets for the event, which is promoted by MP Promotions, Mayweather Promotions and TGB Promotions, are on sale now and can be purchased online through AXS.com, charge by phone at 866-740-7711 or in person at any MGM Resorts International box office. 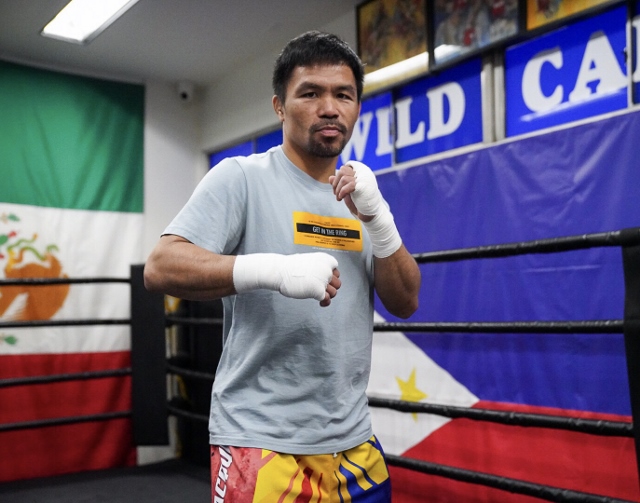 Pacquiao returned to fight in the United States in January for the first time since 2016 and defeated former four-division champion Adrien Broner at MGM Grand. Along with co-trainers Buboy Fernandez and Freddie Roach, Pacquiao spoke to media and worked out for the media at Wild Card Boxing Club in Hollywood. 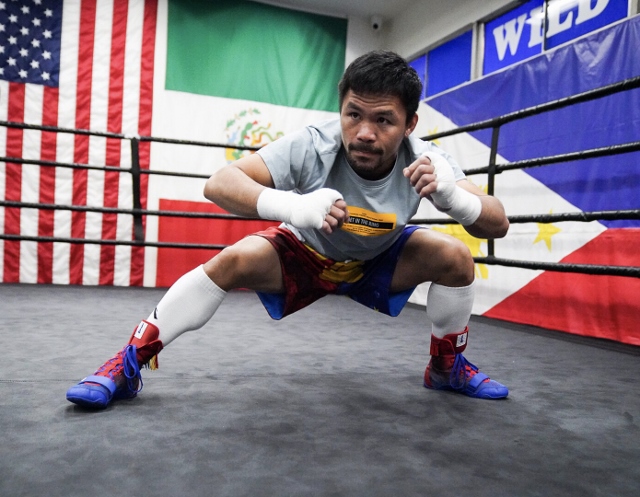 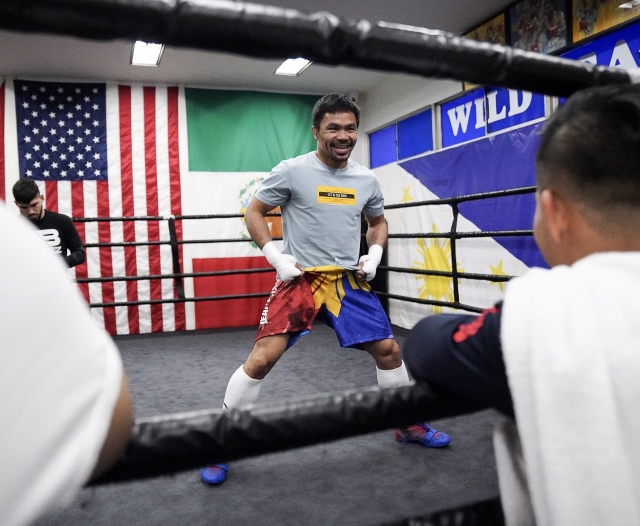 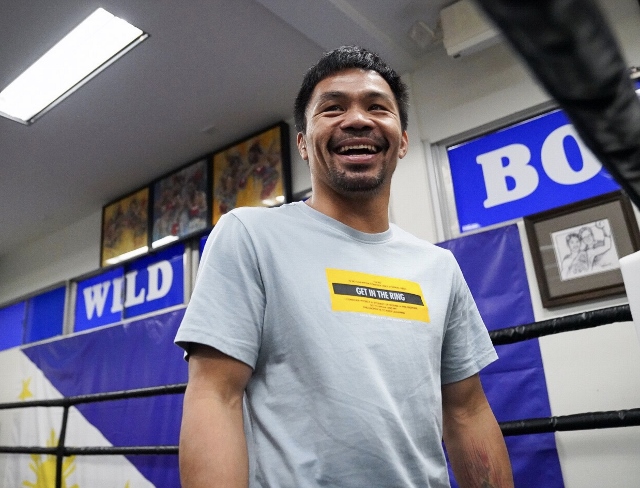 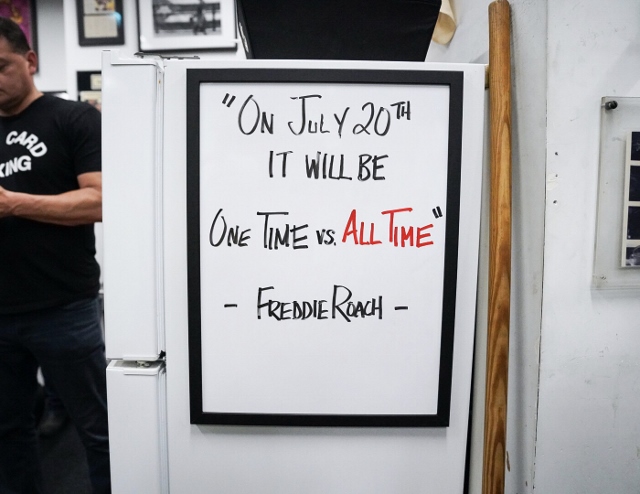 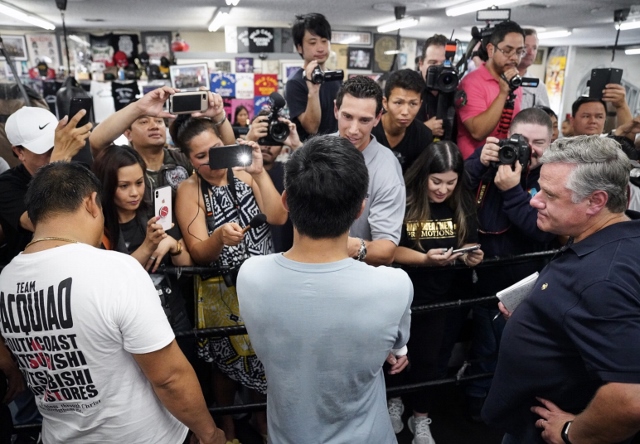 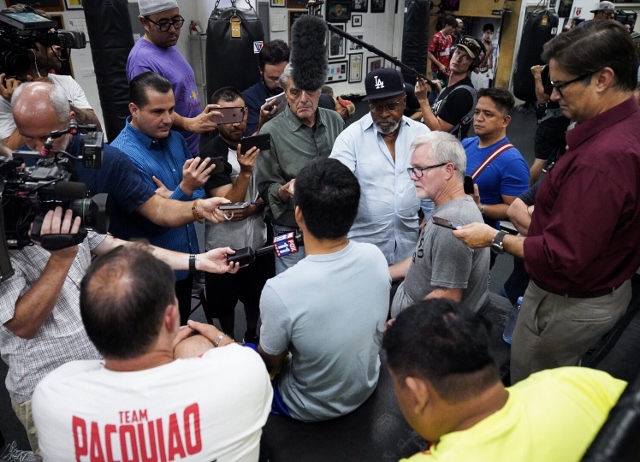 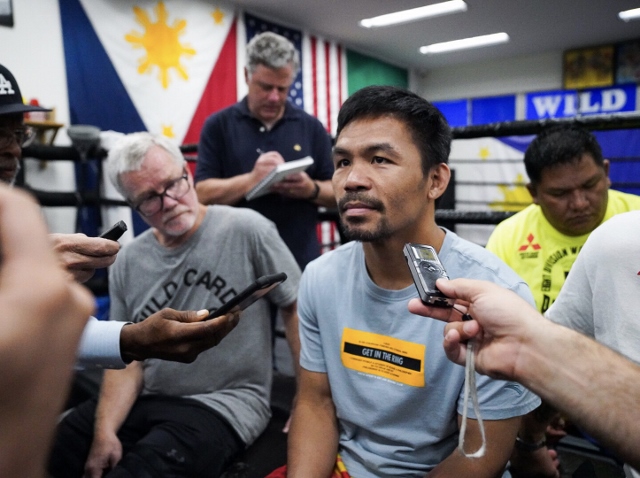 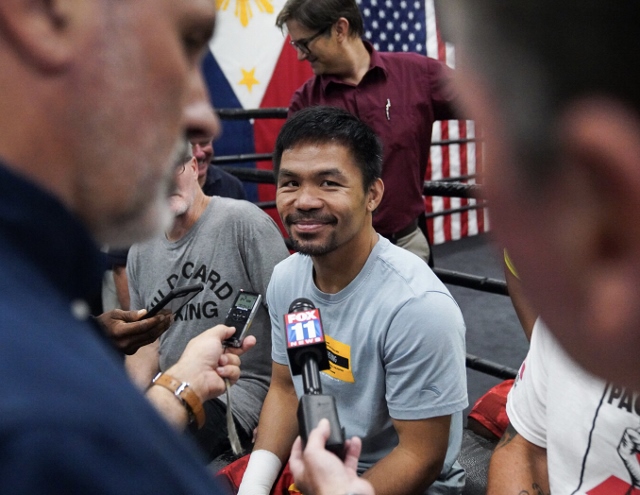 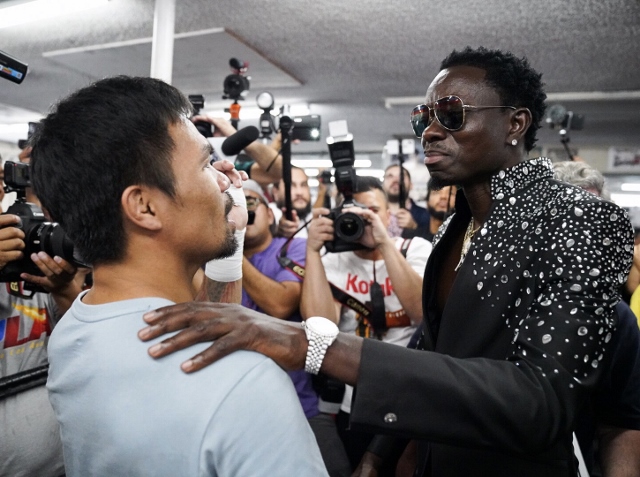 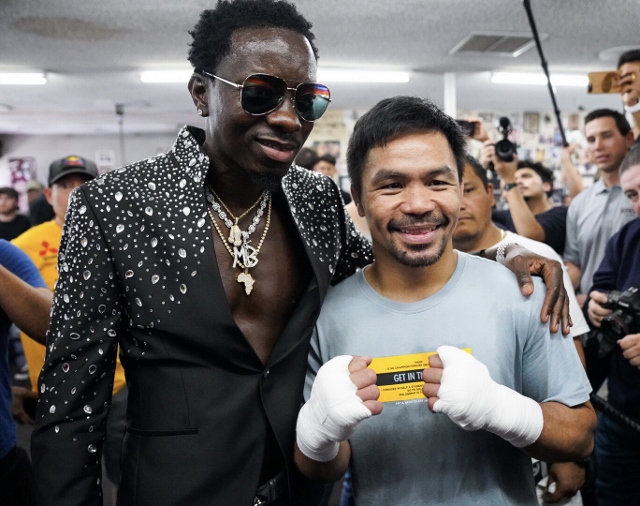 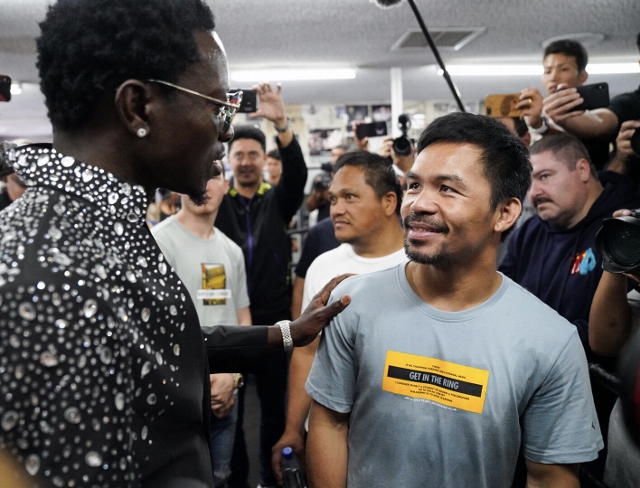 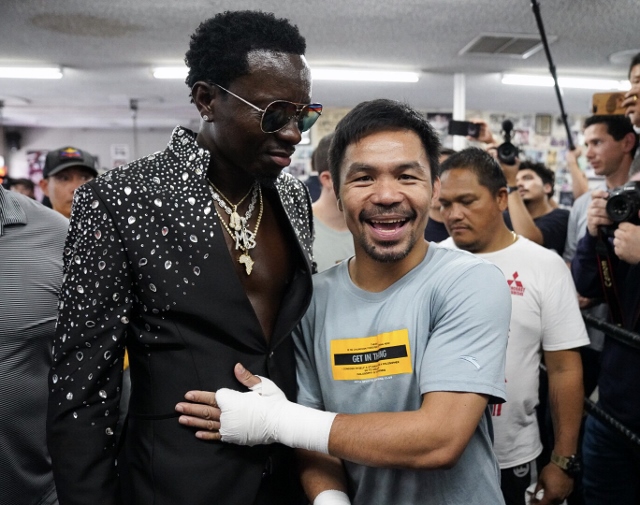 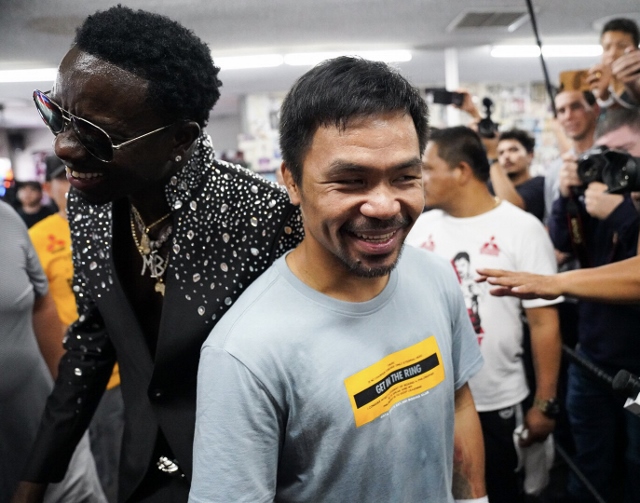 [IMG]https://photo.boxingscene.com/uploads/manny-pacquiao%20(4)_69.jpg[/IMG] A one hit wonder vs an All Time GREAT Lets go Manny!

[img]https://photo.boxingscene.com/uploads/manny-pacquiao%20(2)_72.jpg[/img] That smile is dangerous!

[QUOTE=chico malo ali;19892161]lmfao!nobody beats you as the biggest Pac groupie![/QUOTE] i think you might have me beat! that's more of a shocking! lol.

[QUOTE=.WesternChamp.;19892073]i swear michael blackson is like the biggest pacquiao fan lol[/QUOTE]lmfao!nobody beats you as the biggest Pac groupie!

i swear michael blackson is like the biggest pacquiao fan lol